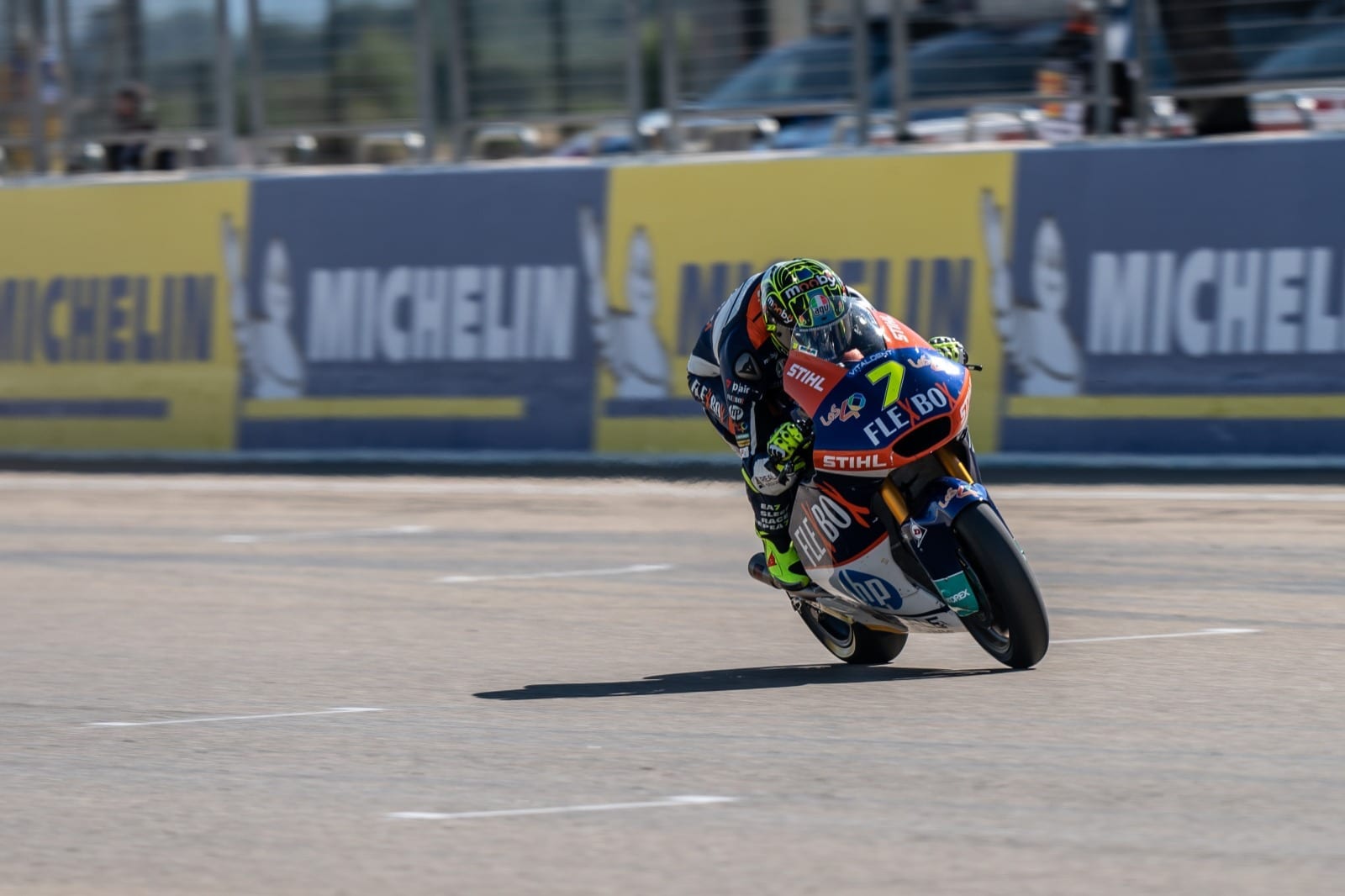 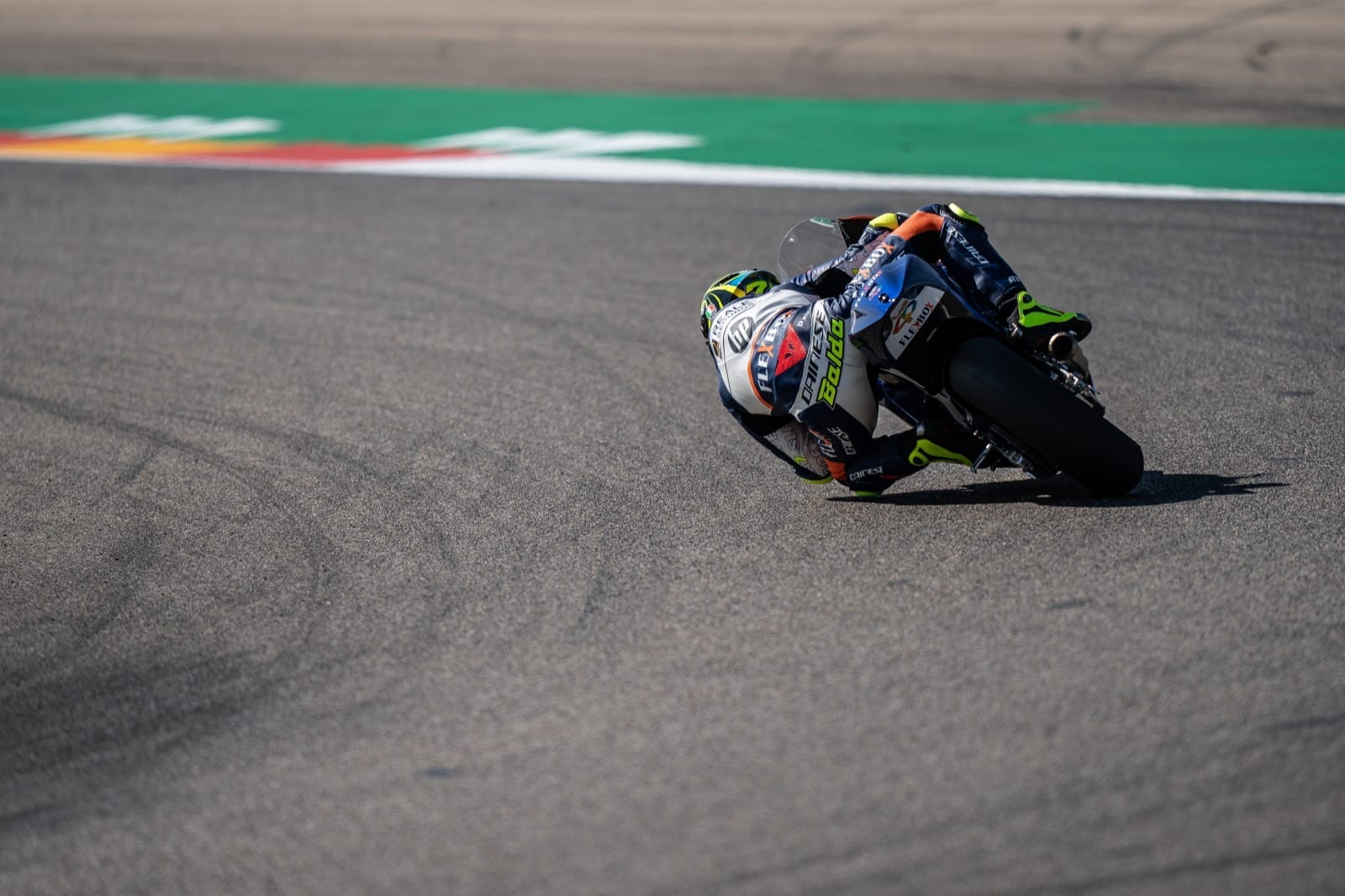 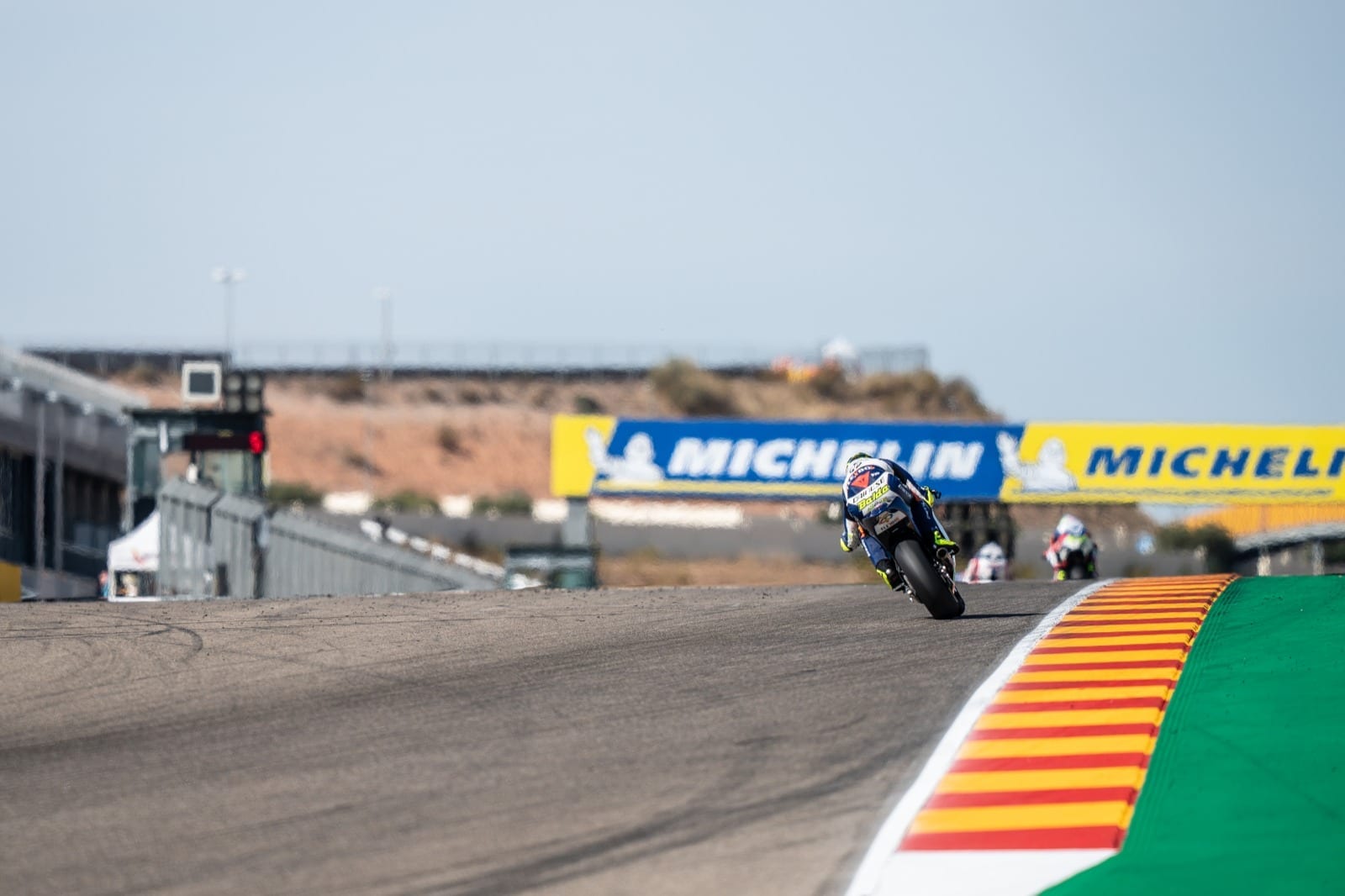 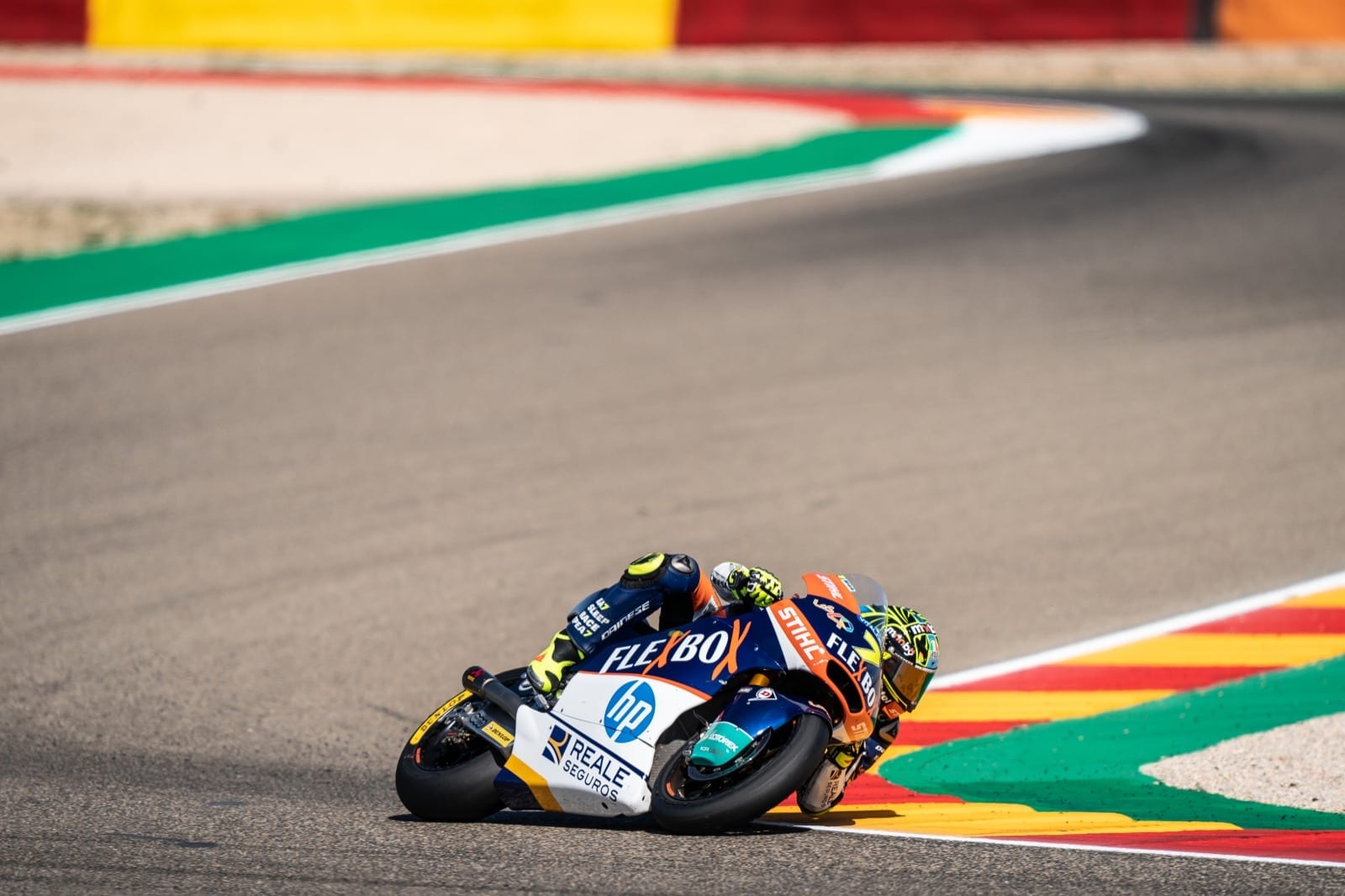 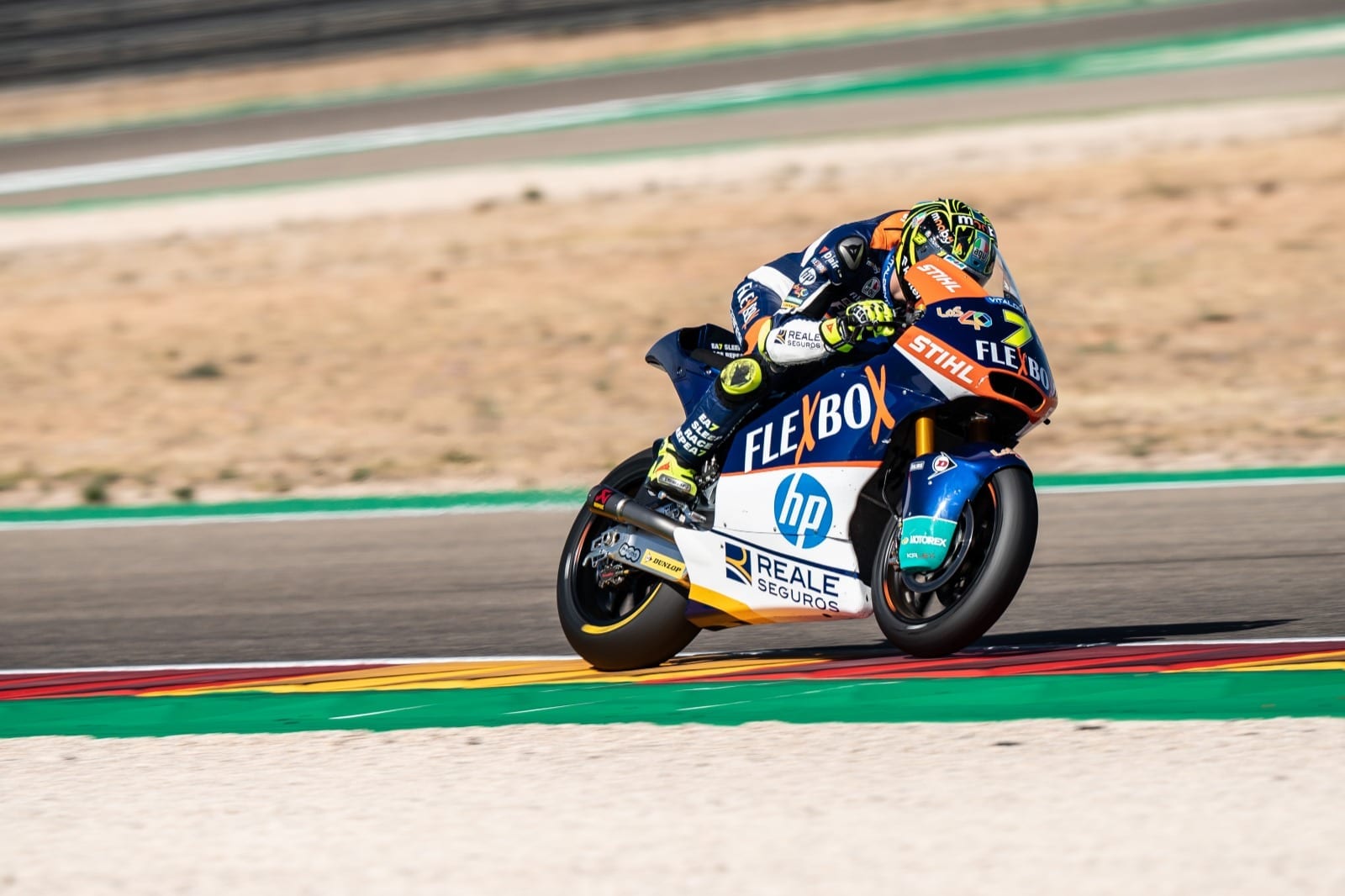 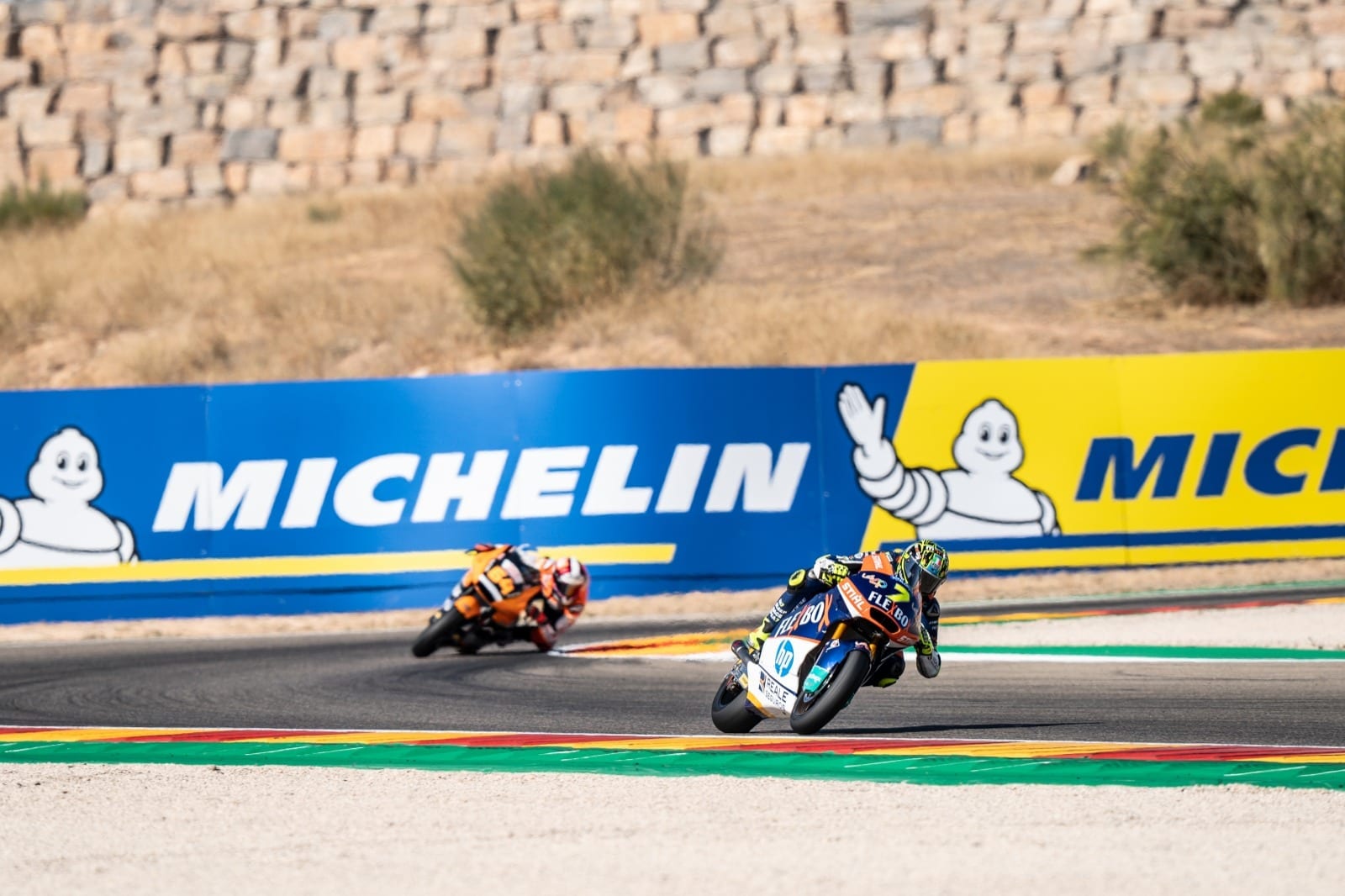 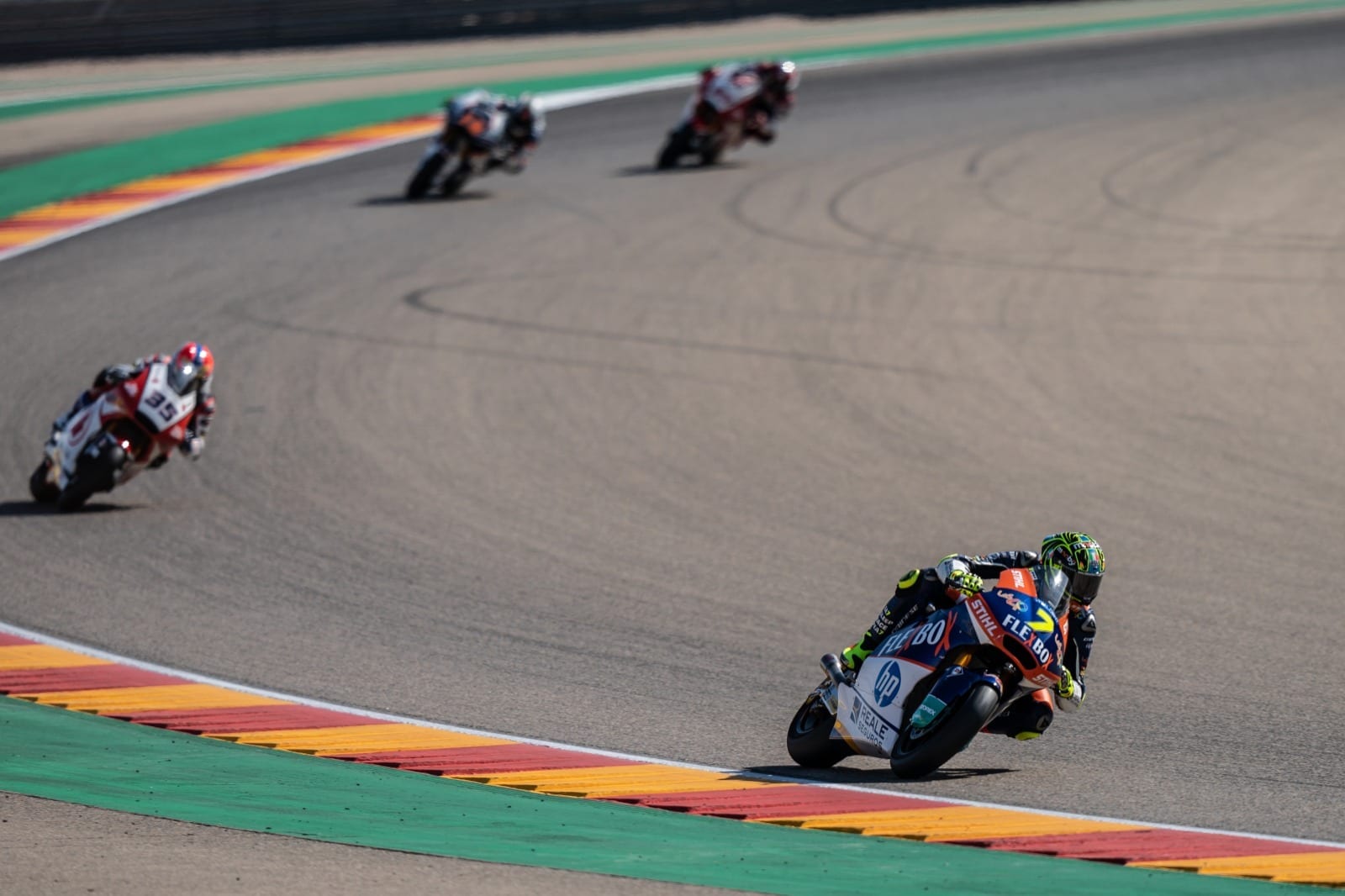 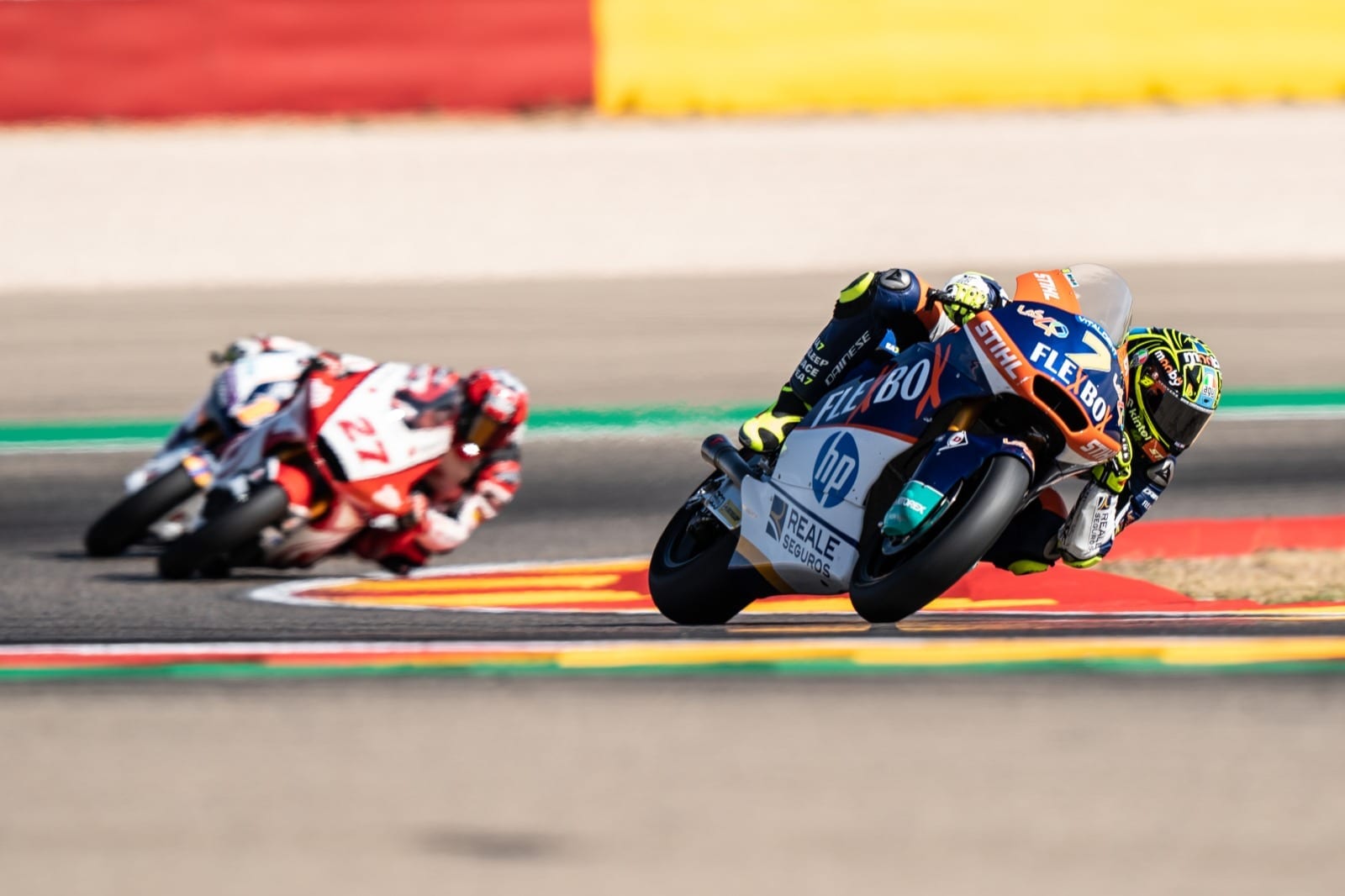 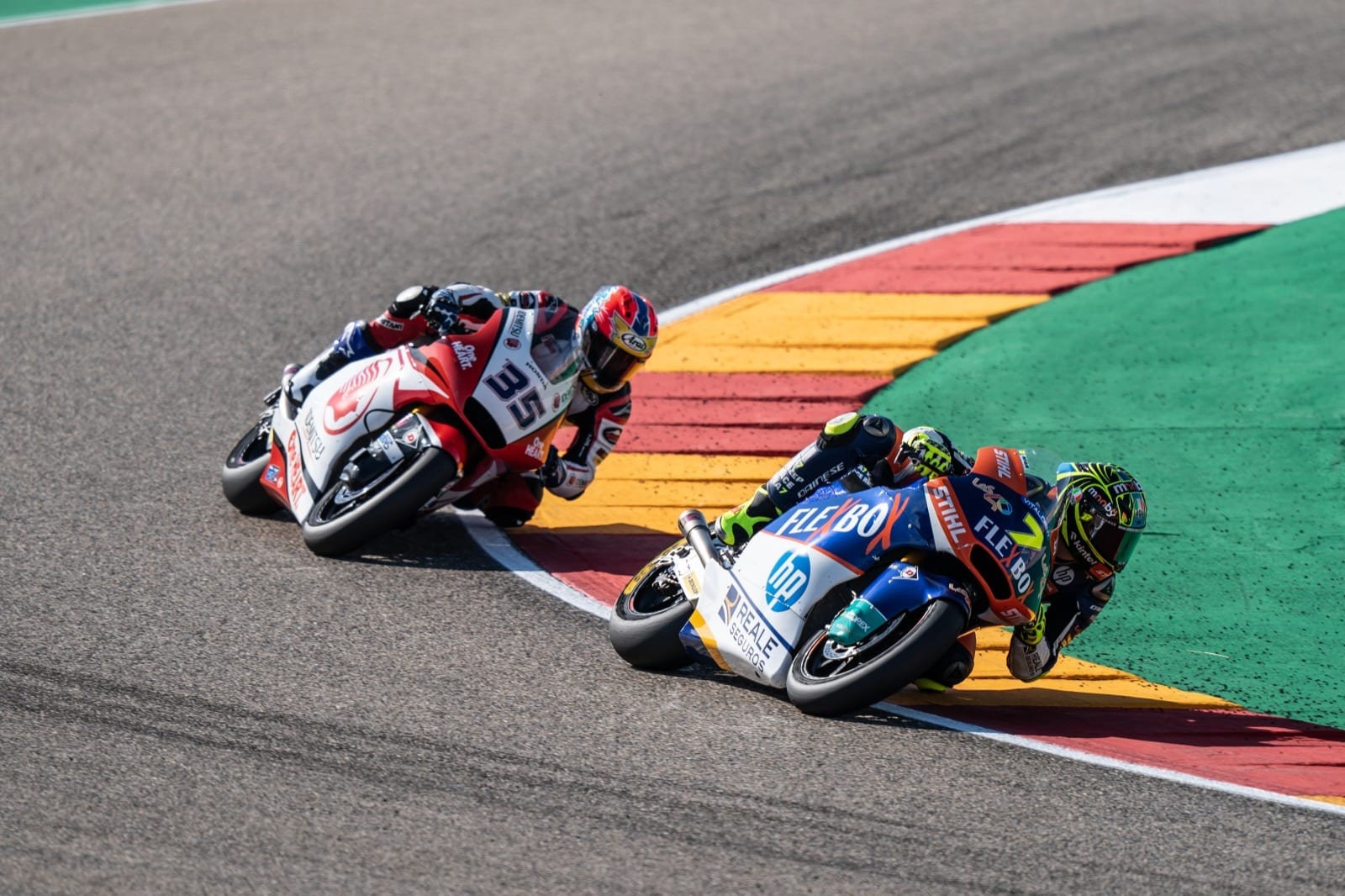 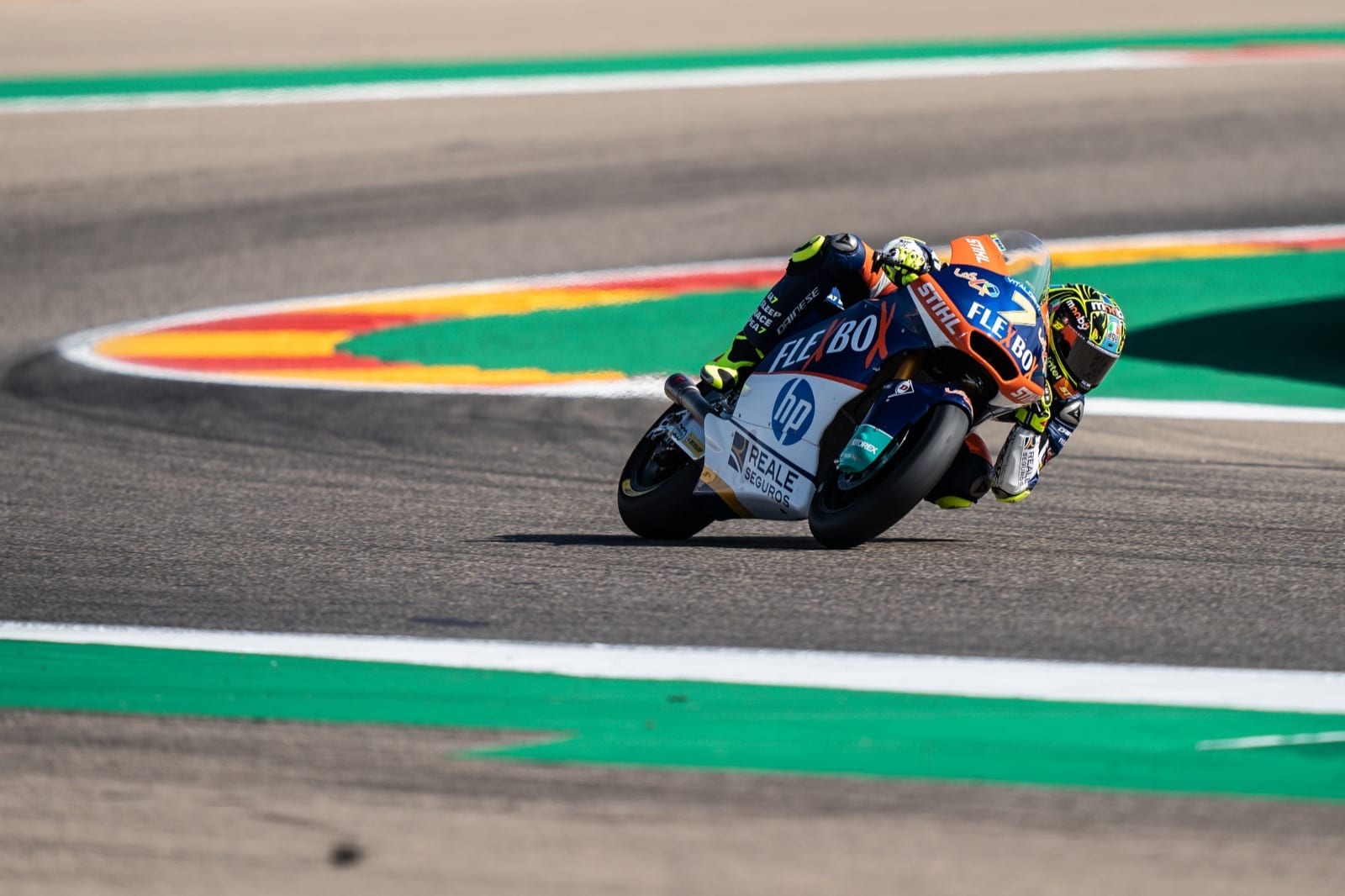 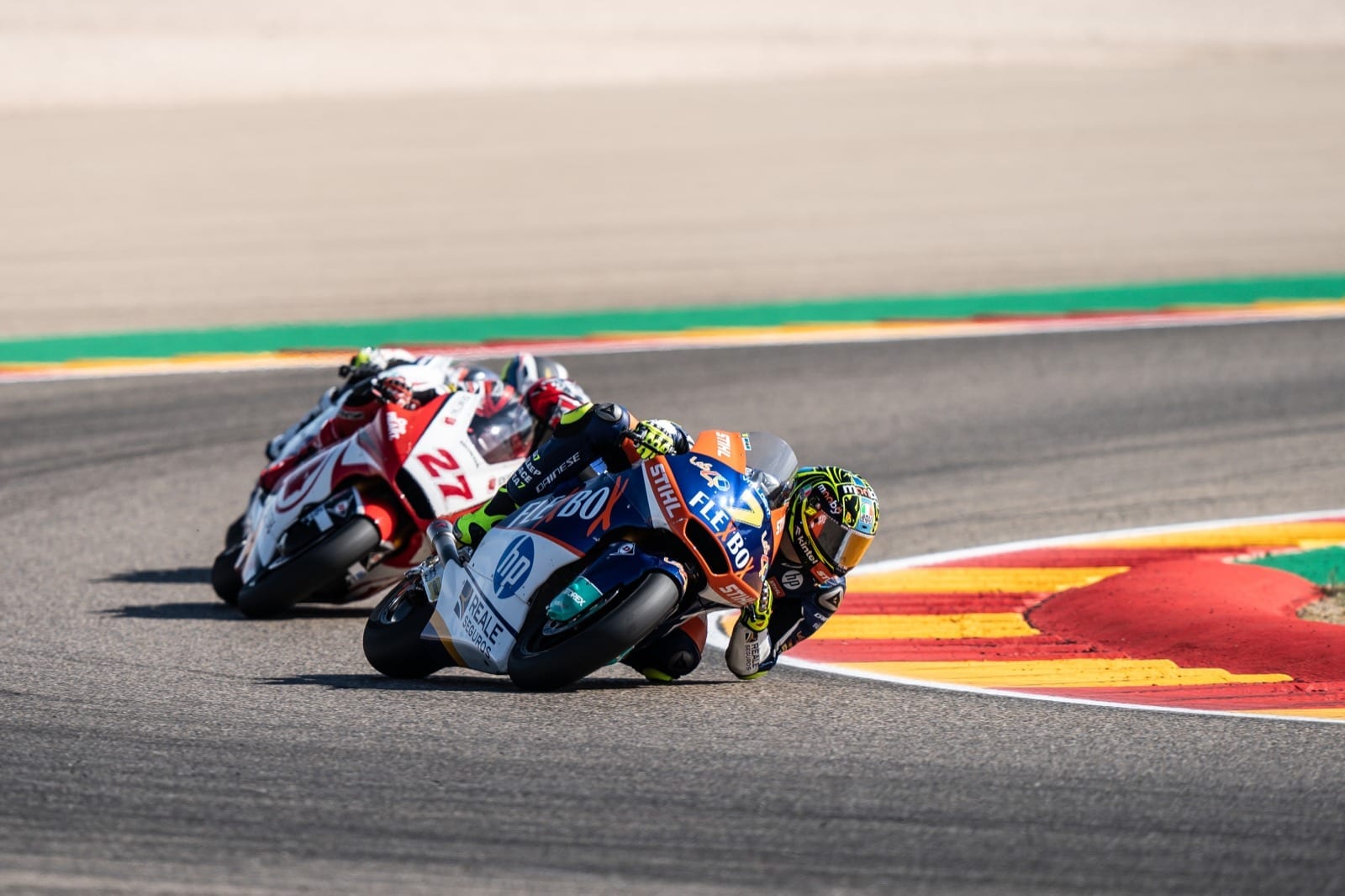 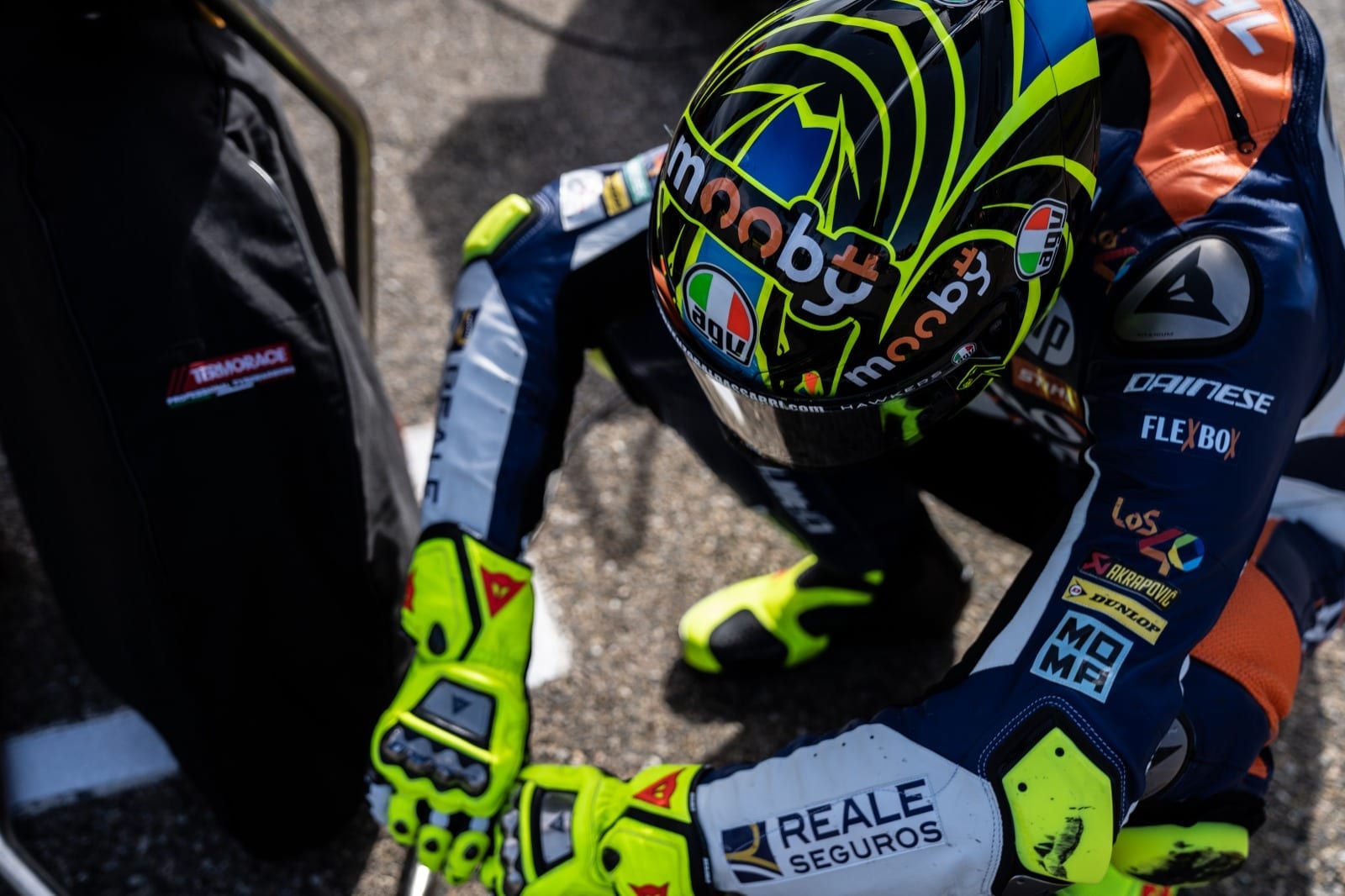 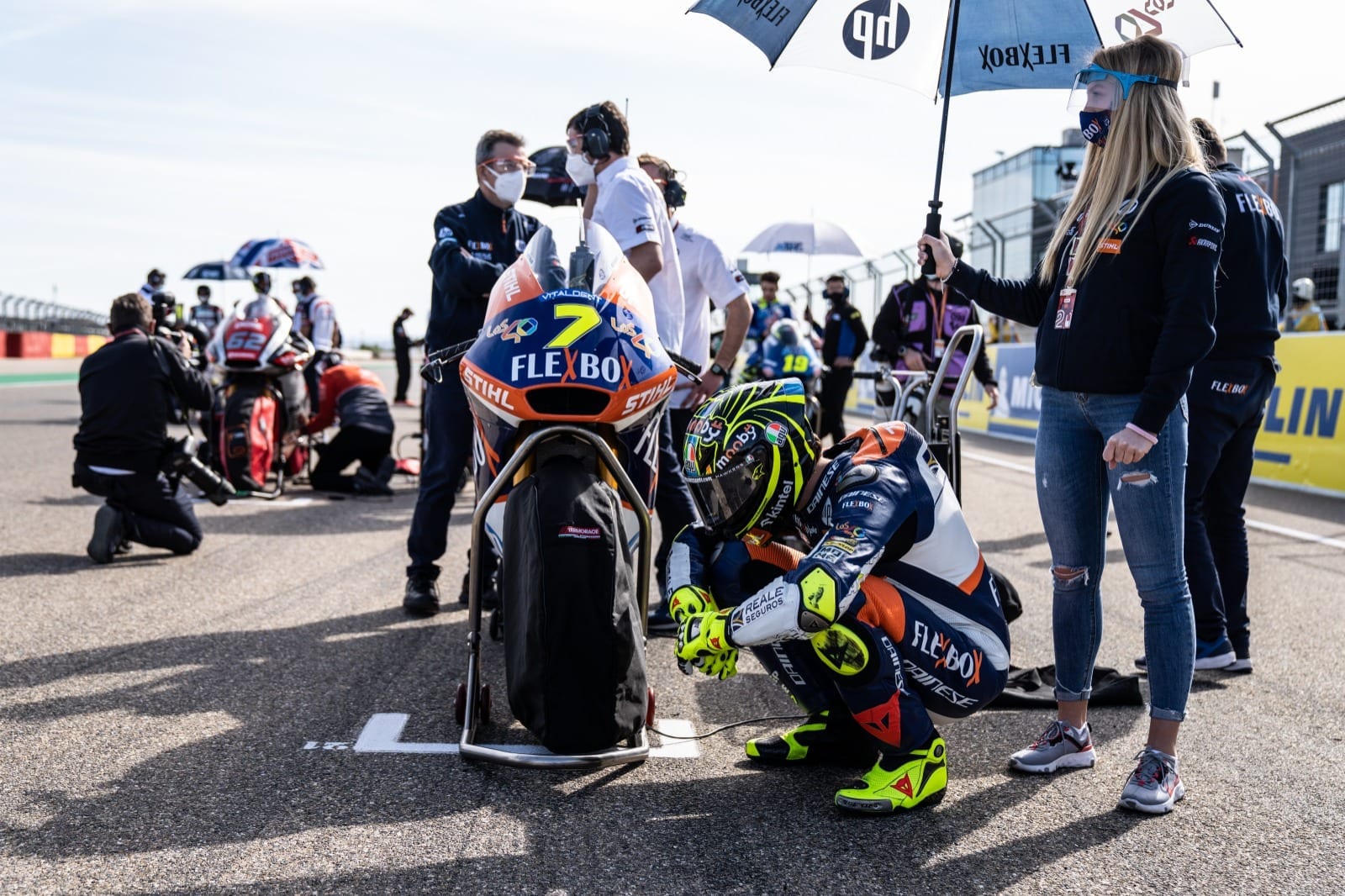 Unlucky race for Baldassarri, indirectly involved in an incident, twentieth at Aragon today

Today luck has not been on the side of Lorenzo Baldassarri. Despite starting on the back part on the grid, the FlexBox HP 40 rider was confident of making another comeback, but bad luck has crossed his path and he has been indirectly involved in an incident in the second corner of the first lap and crossed the finish line in last position. Little by little Baldassarri has been imposing his rhythm and has reached the twentieth position, but setting records that would have led him to fight for the top 10.

Lorenzo Baldassarri, 20th, +27.892
“At the beginning of the race I was indirectly involved in an incident. Navarro crashed and luckily I didn’t step on him. I dodged him but almost hit his bike and I went to the ground. That’s why I found myself last at the end of the first lap. Too bad, but I set my pace and managed to climb up to the twentieth position. With that pace I could have fought for the top 10, but that’s racing. Now we have another weekend here and we will use the information collected today in the race to improve ourselves”.