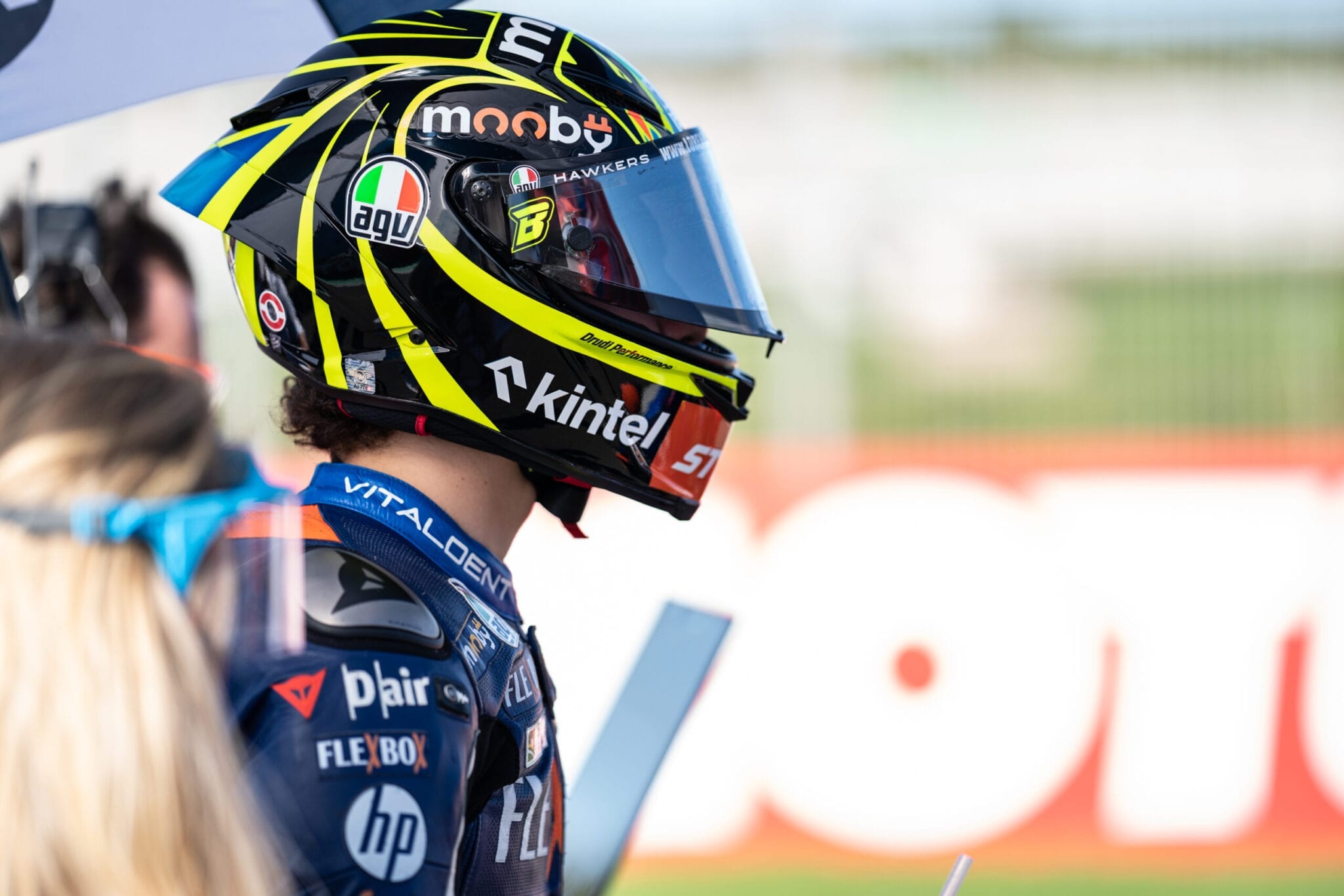 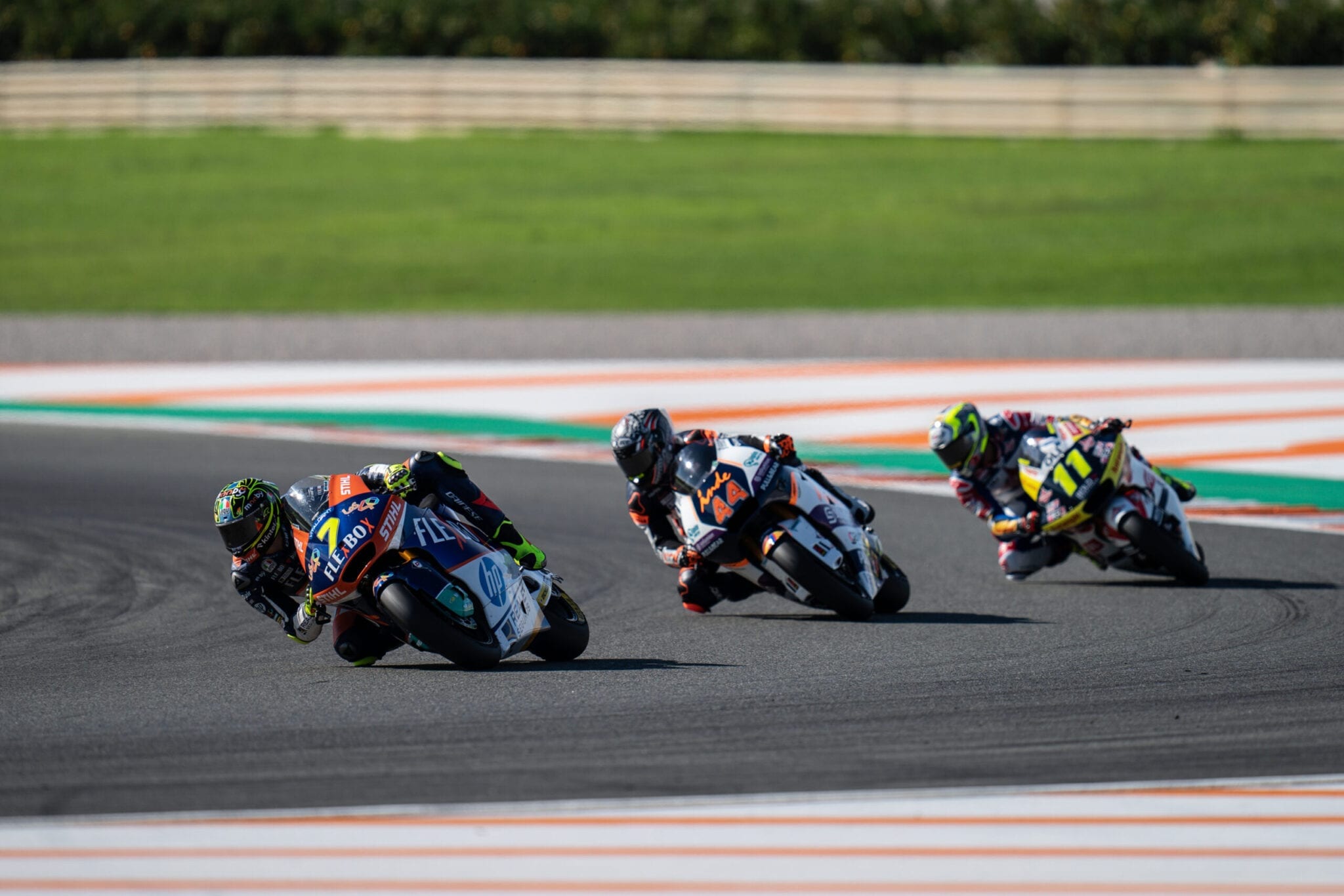 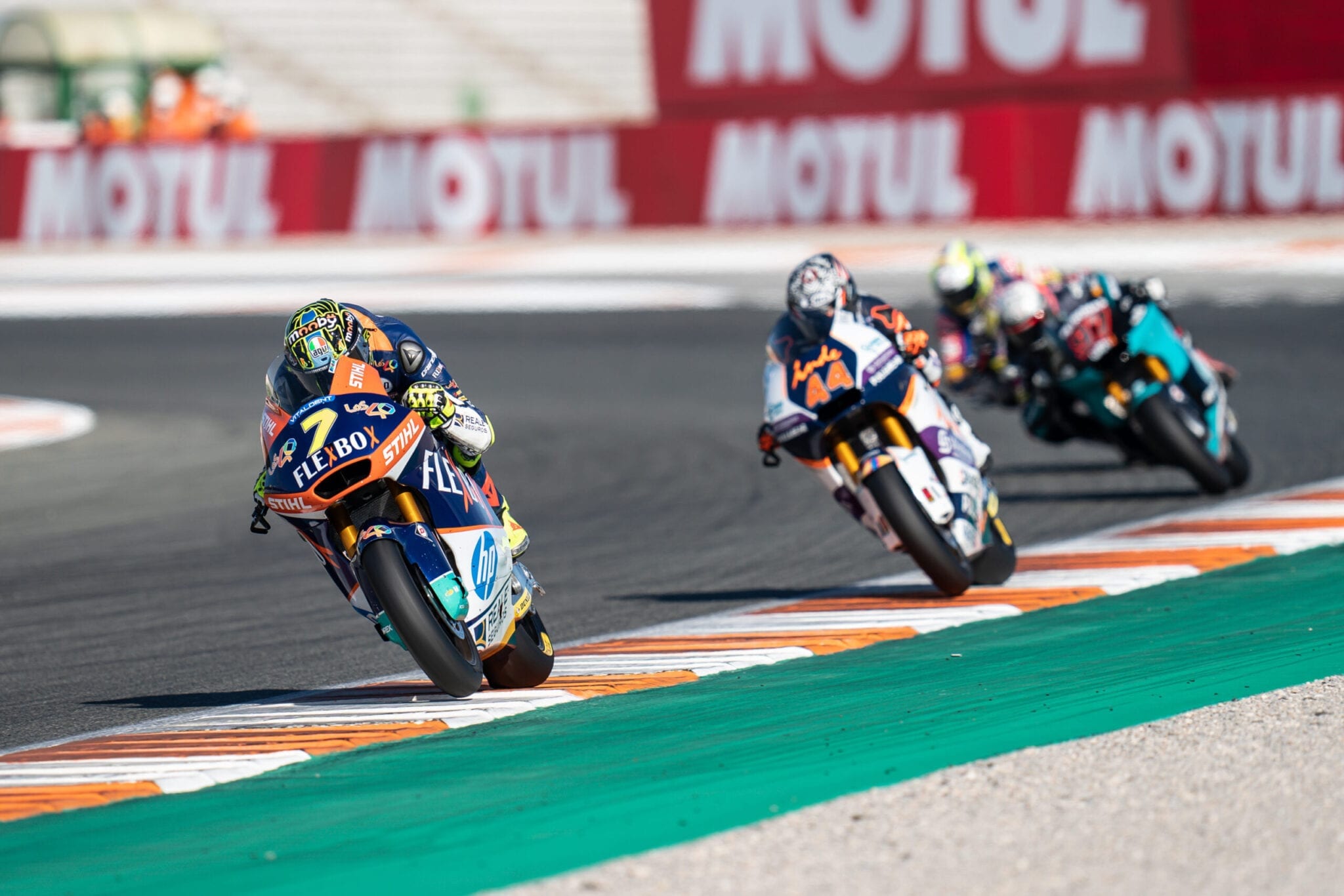 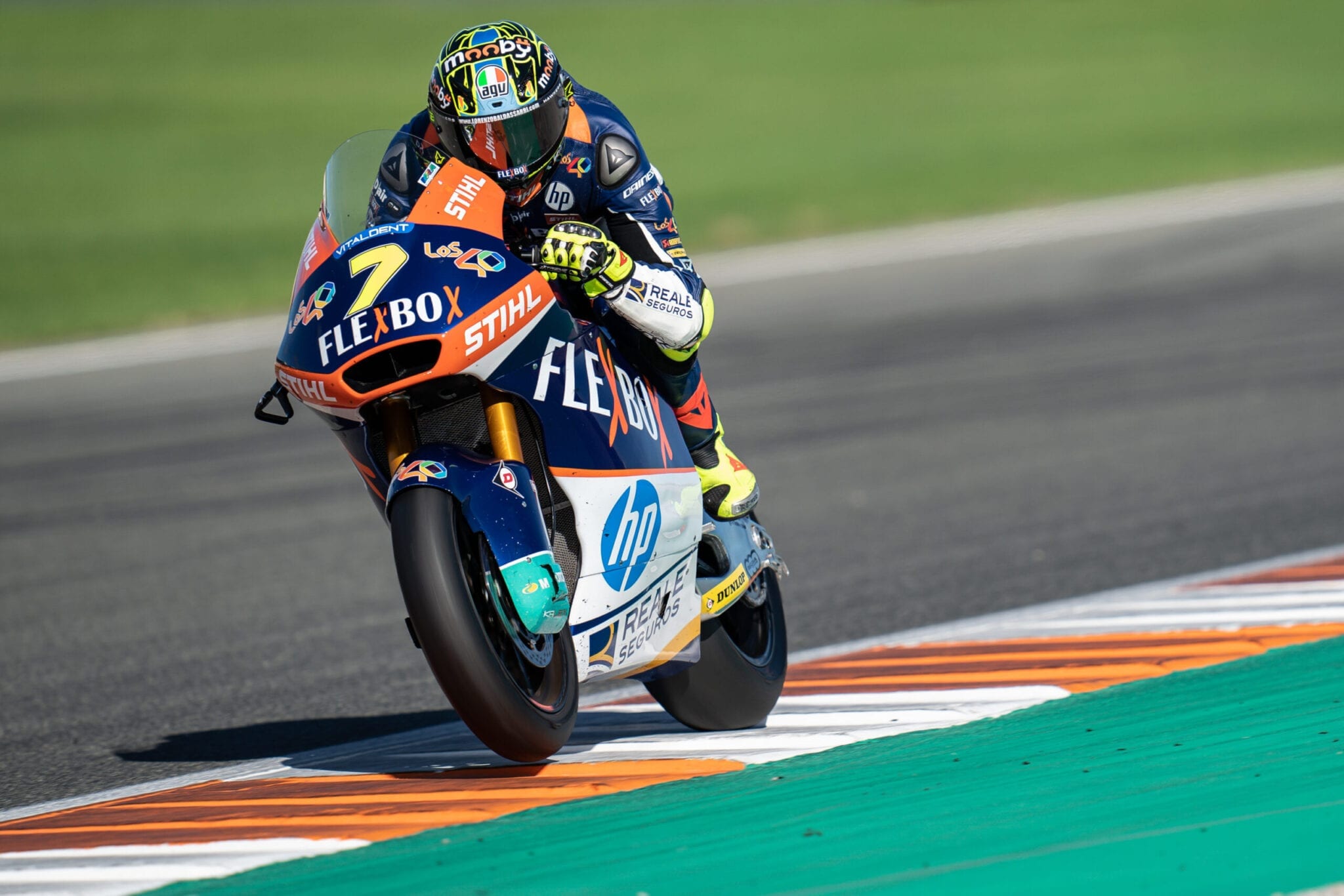 Baldassarri finishes tenth the penultimate race of the 2020 championship

Good race for Baldassarri, even if the Italian is not entirely satisfied. The sensations before the start of the race were very good, having shown that he had the pace to stay with the leading group and, starting from eighth position, it was possible. But a bad start completely affected his race. Also Baldassarri had some problems on his bike under braking and it was very difficult for him to overtake his rivals, but he still leaves Valencia in a good tenth position.

Lorenzo Baldassarri, 10th, +11.836
“Too bad for today’s race, most of all because we’ve been fast for the whole weekend. I did’t start well at the green light and this compromised the race. Then I had some problems in overtaking, especially in braking, and this complicated everything. A real shame but we finished tenth and now we have to be very concentrated for the last race in Portimao”.