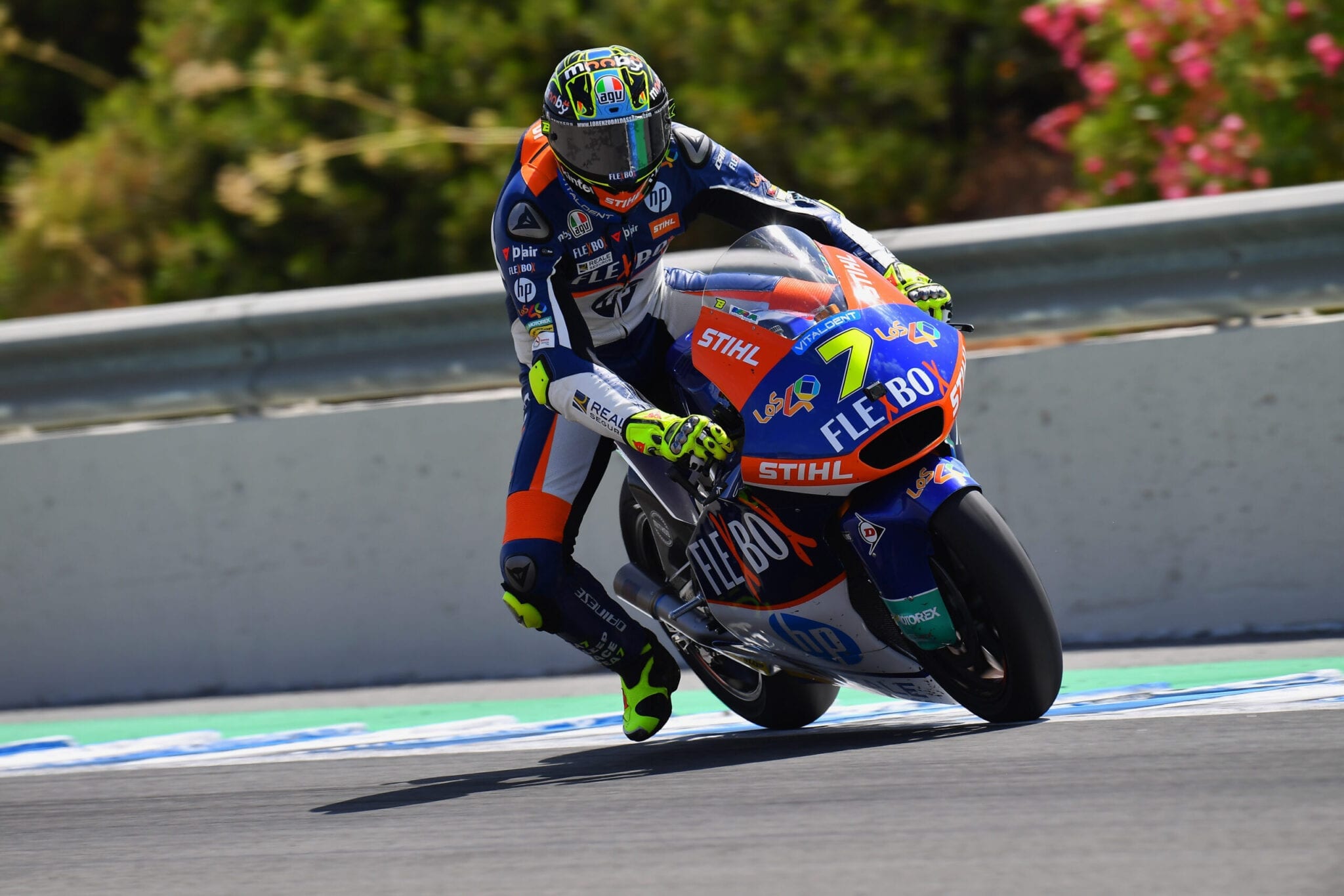 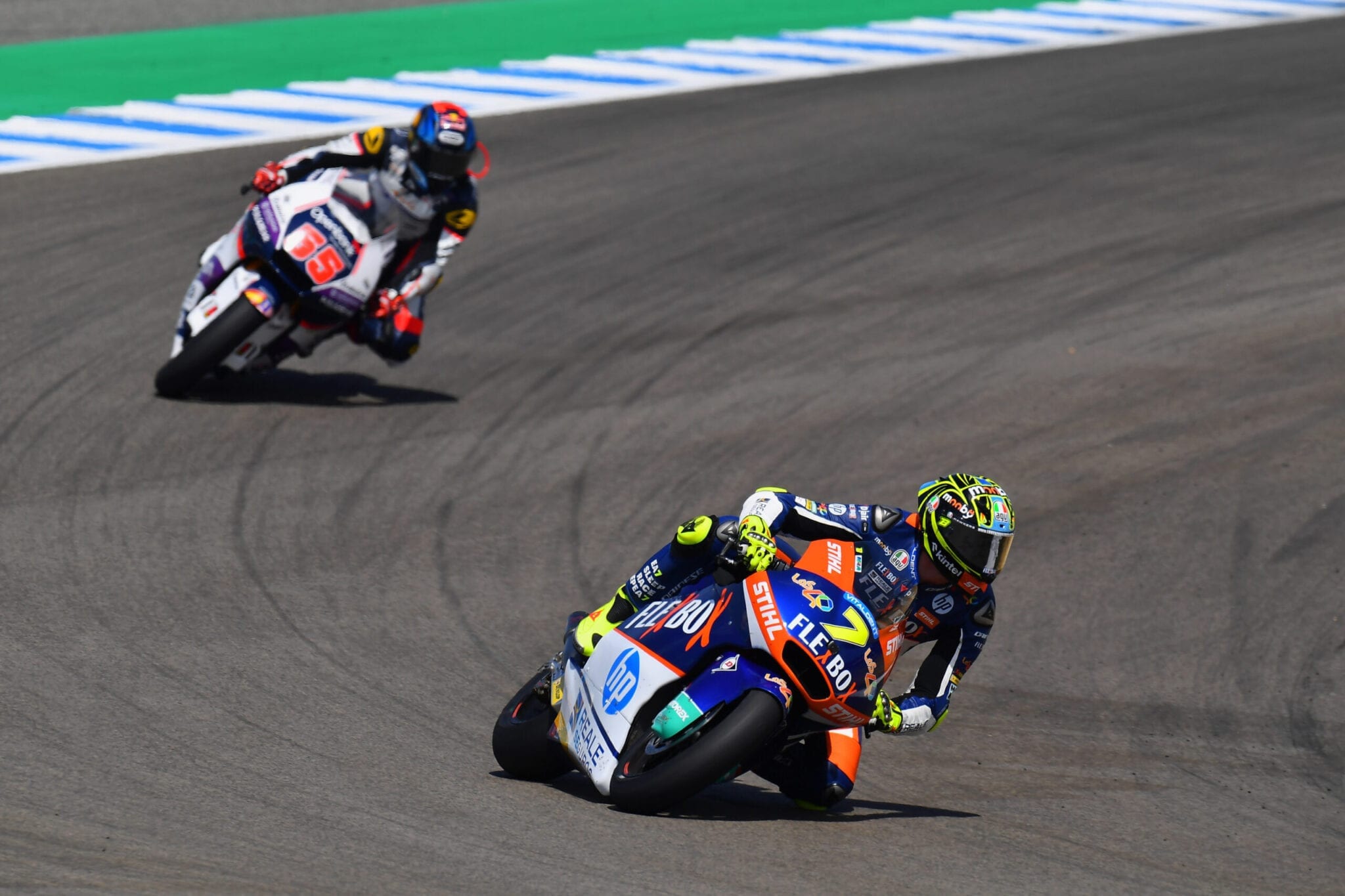 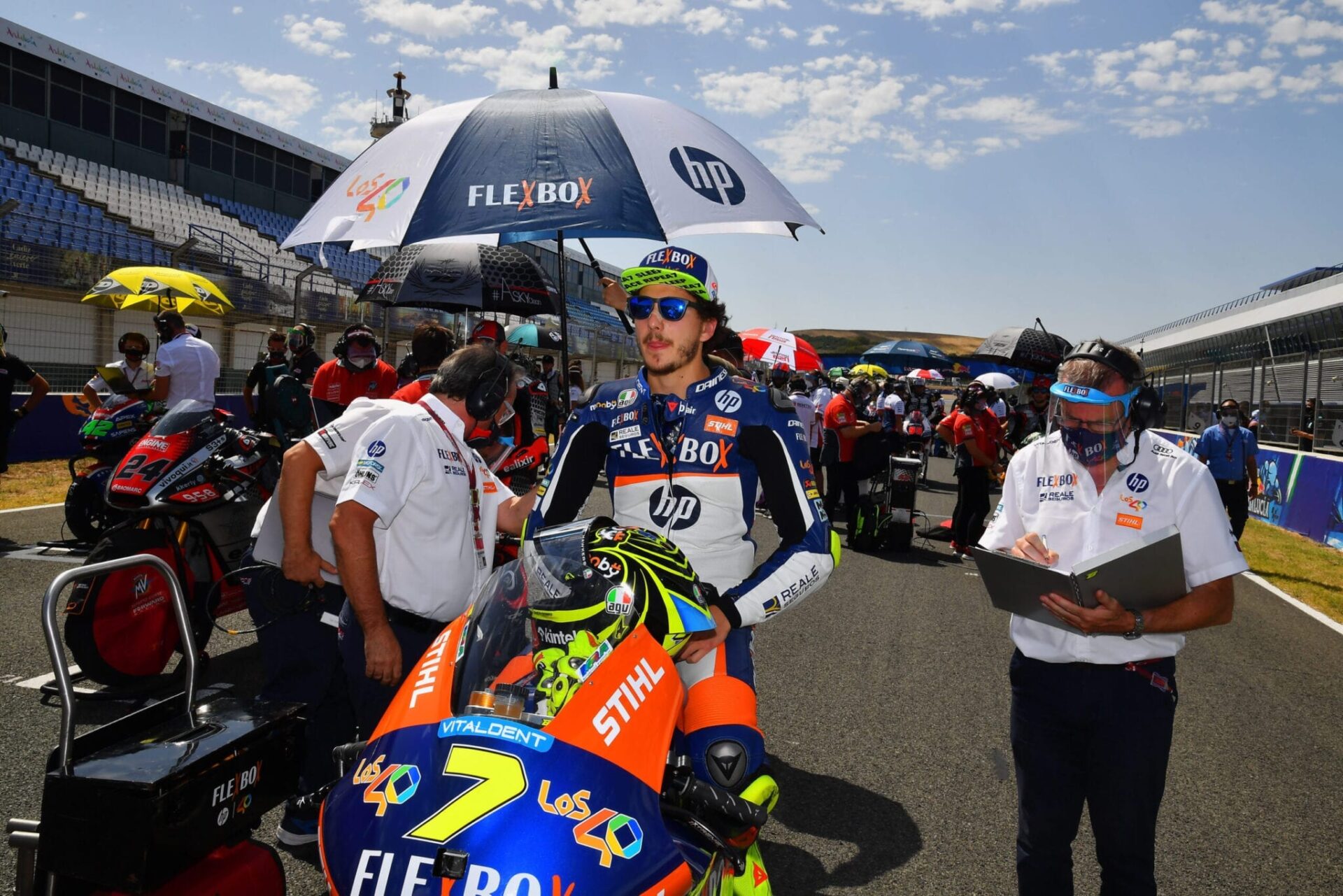 A race to forget for the FlexBox HP 40 rider

After a complicated qualifying session, in which Baldassarri was ranked sixteenth, he went out to the race with the intention of tracing positions and placing himself in the second race group. And so it has been. He started quite well and was doing a race from less to more.
But at 3 laps to go Baldassarri went to the ground, when he was already in the group that was fighting for tenth place. Despite this fall, Baldassarri remains in a good position in the general classification.

Lorenzo Baldassarri, crash – 5th in the World Standing (28 points)
“Little to say. It was a very difficult race, without the speed necessary to be fast and in the end I made a mistake and crashed. I want to thank my team, which never stops working. We will analyse this weekend well week, which has been quite strange, but I already have my mind in Brno and wanting to have a good race again “.