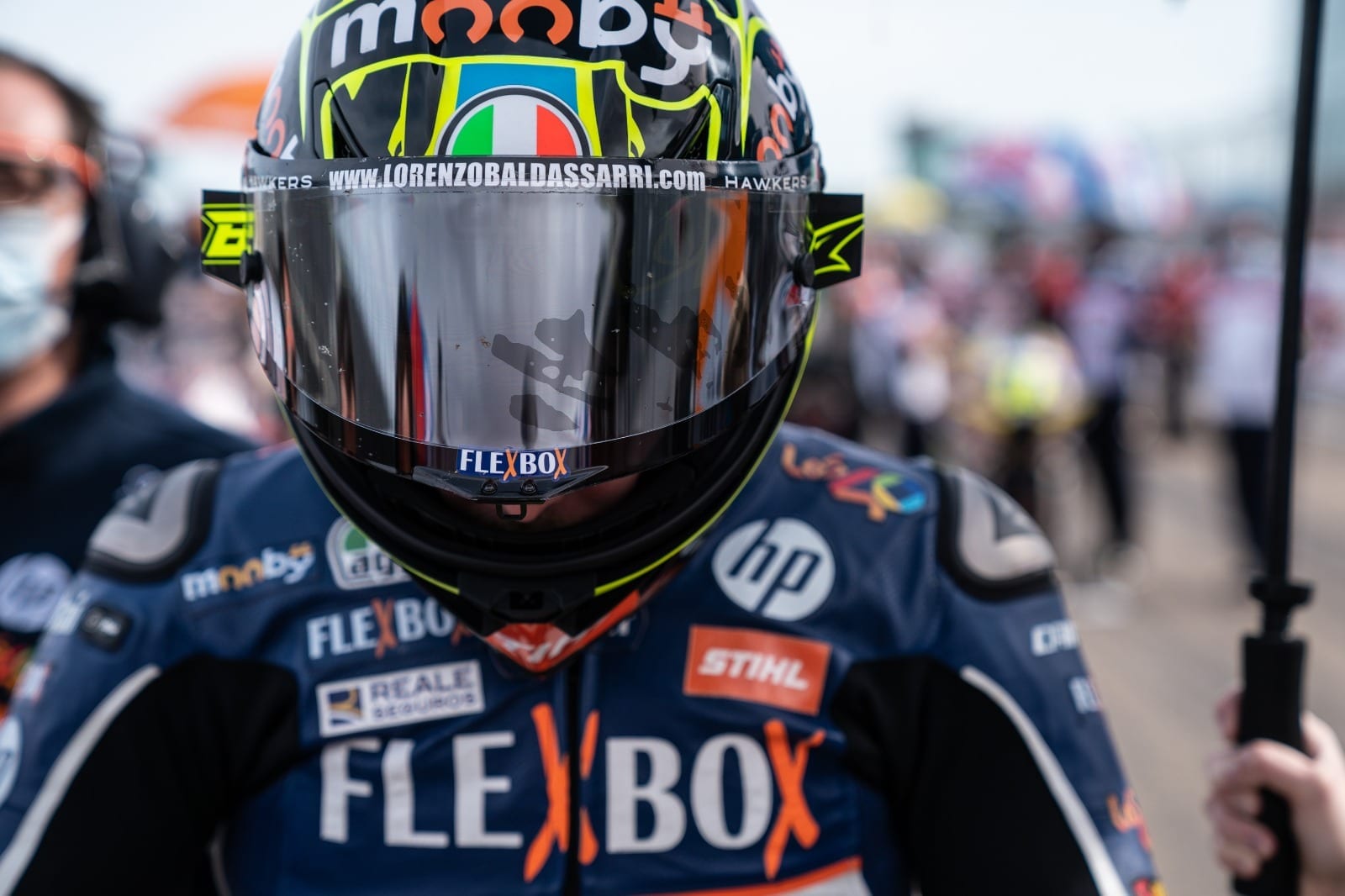 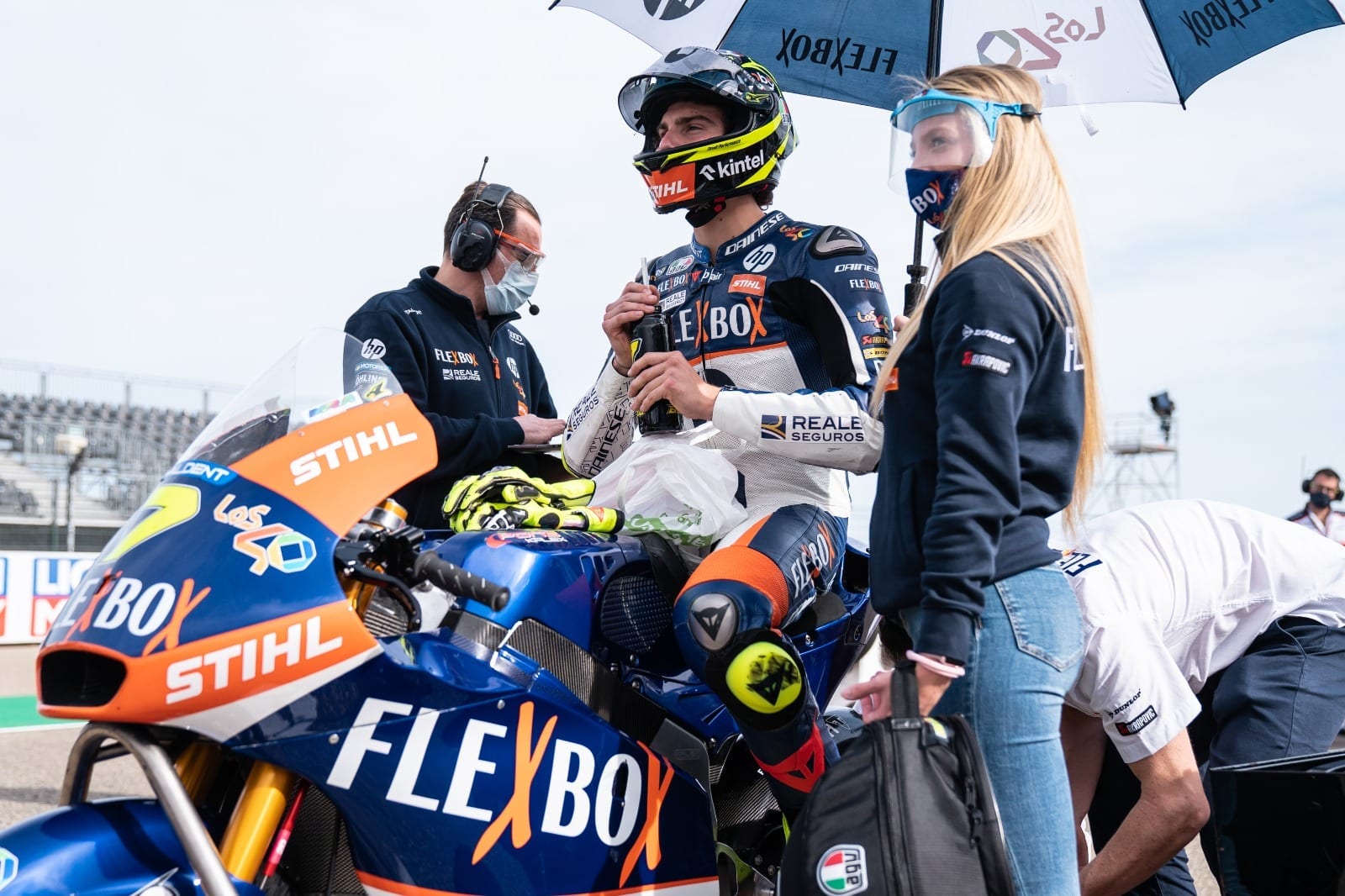 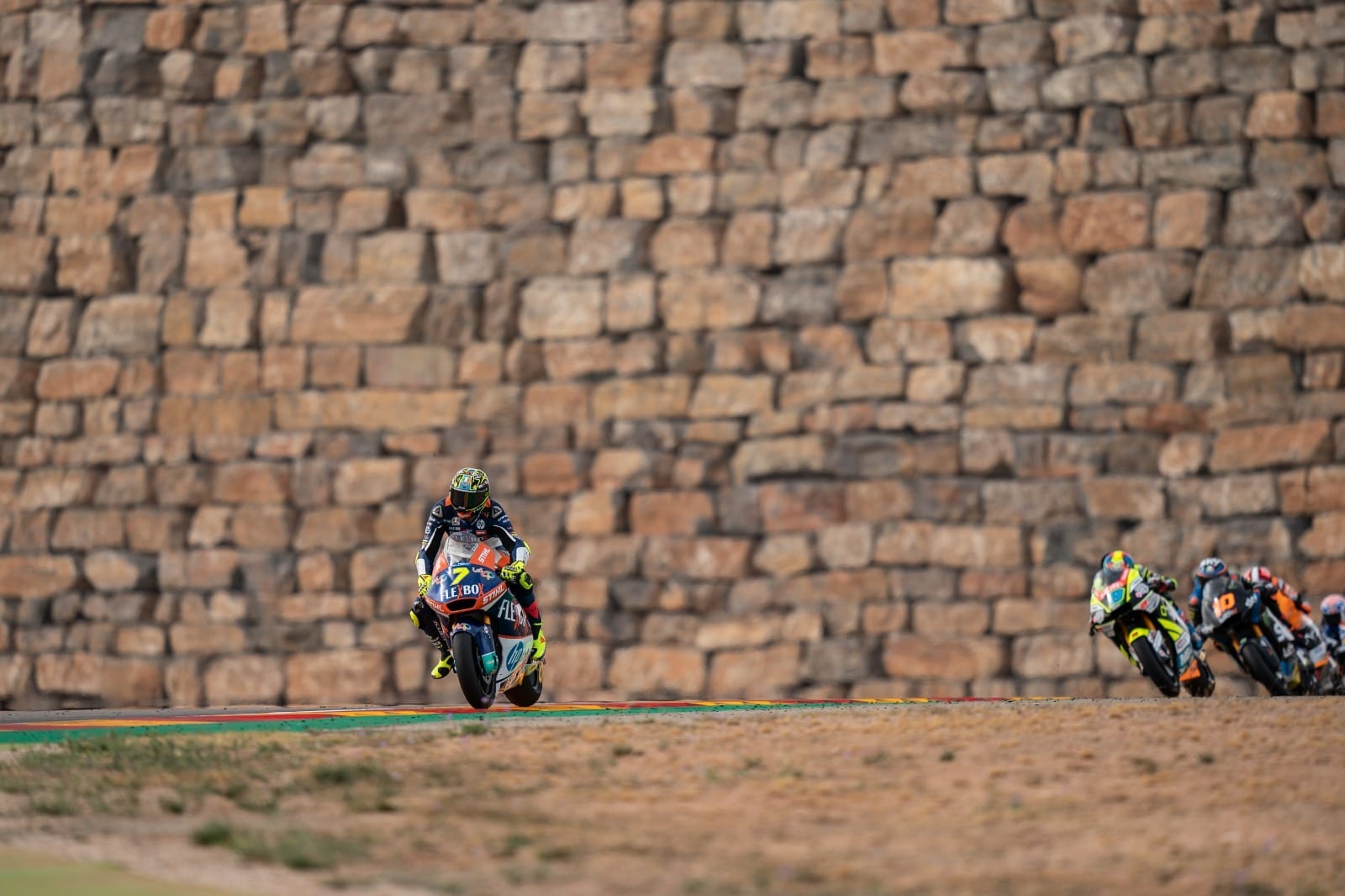 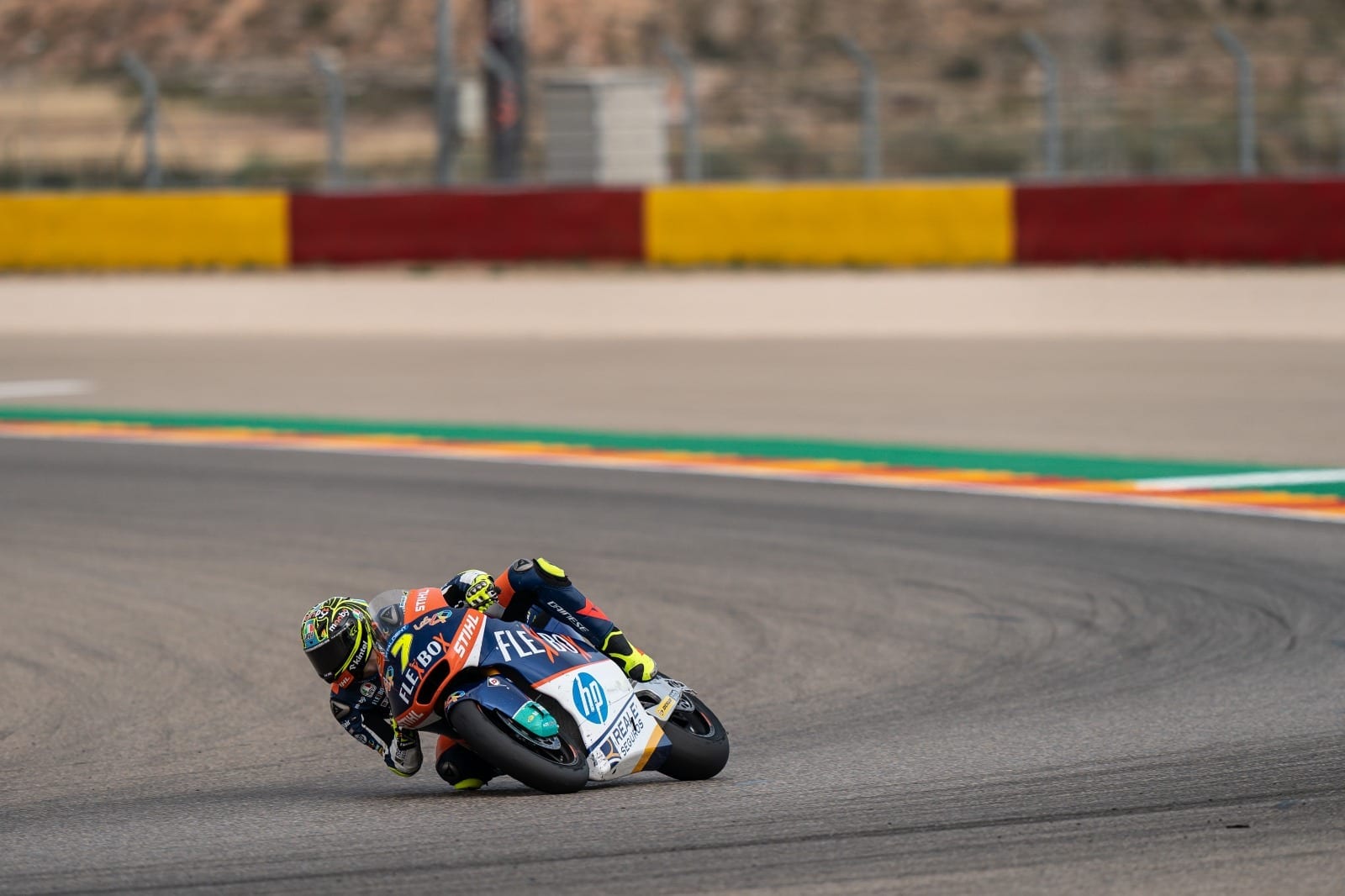 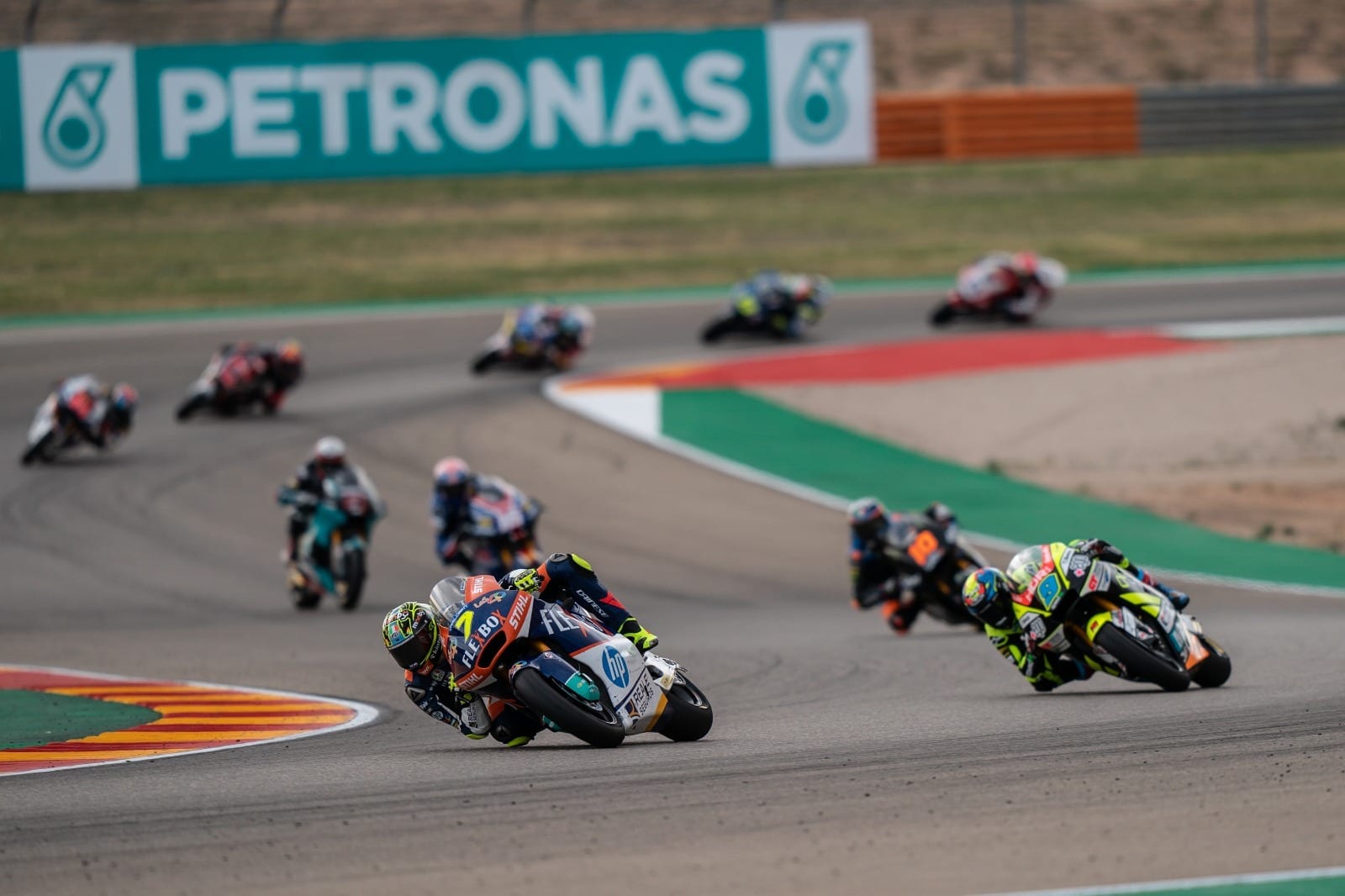 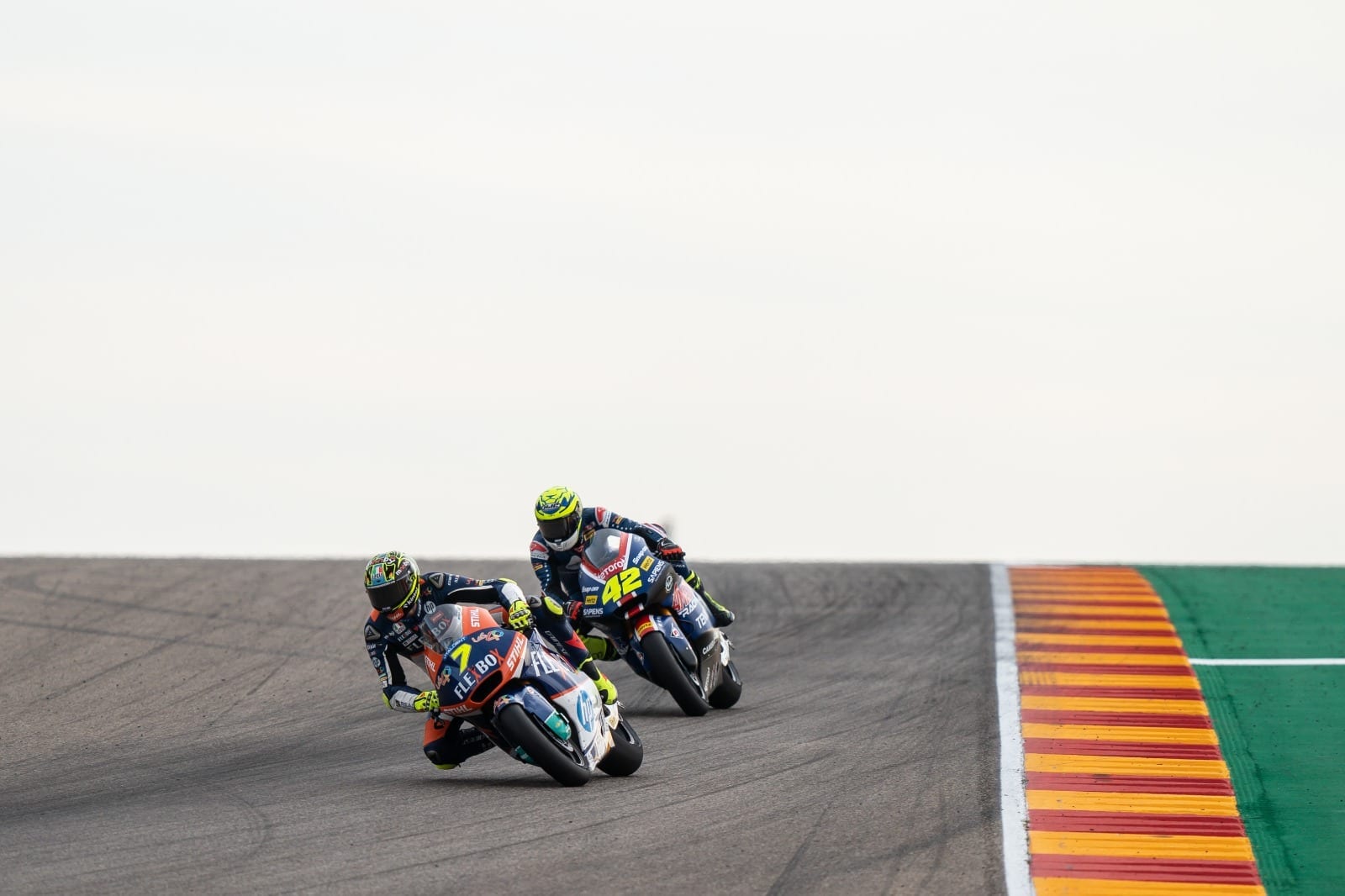 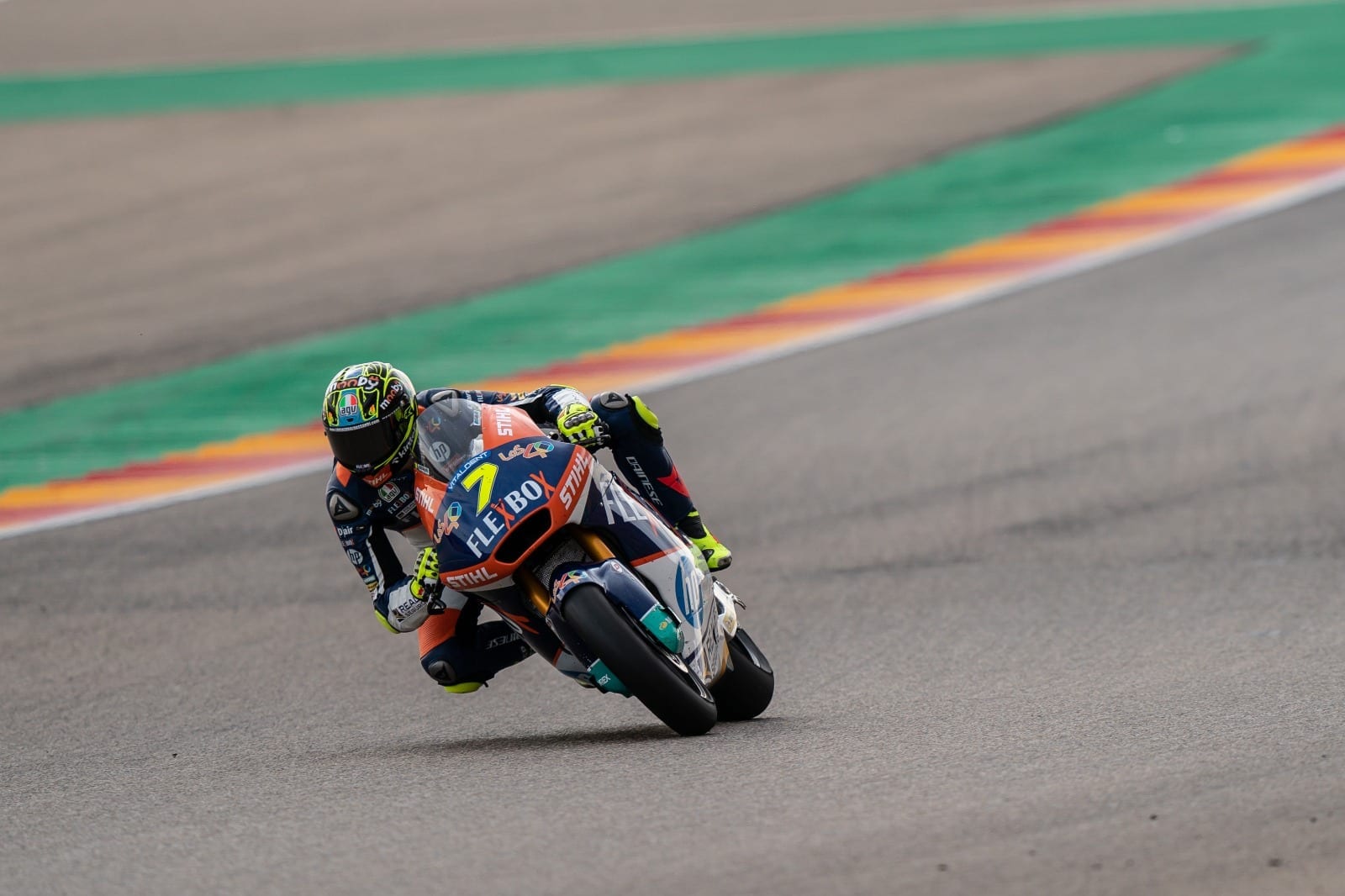 After a fairly positive qualifying Saturday, Balda managed to find the speed for a good comeback from seventeenth place on the grid.
The FlexBox HP 40 team rider was completing an excellent race, reaching the second group and with the possibility of reaching the fifth position, but with only 6 laps to go, while he was in ninth position, Baldassarri was unable to avoid the fall.

Lorenzo Baldassarri, crash
“Apart from the crash in the race, today we have found important conclusions in the race. We have regained the speed we lacked in the corners and I want to thank the team for the work done. As for the crash, I was moving up and approaching the fifth position group. but when downshifting I didn’t put the gear, went into neutral and crashed. It would have been a good comeback, too bad, but now we have to think about Valencia.”