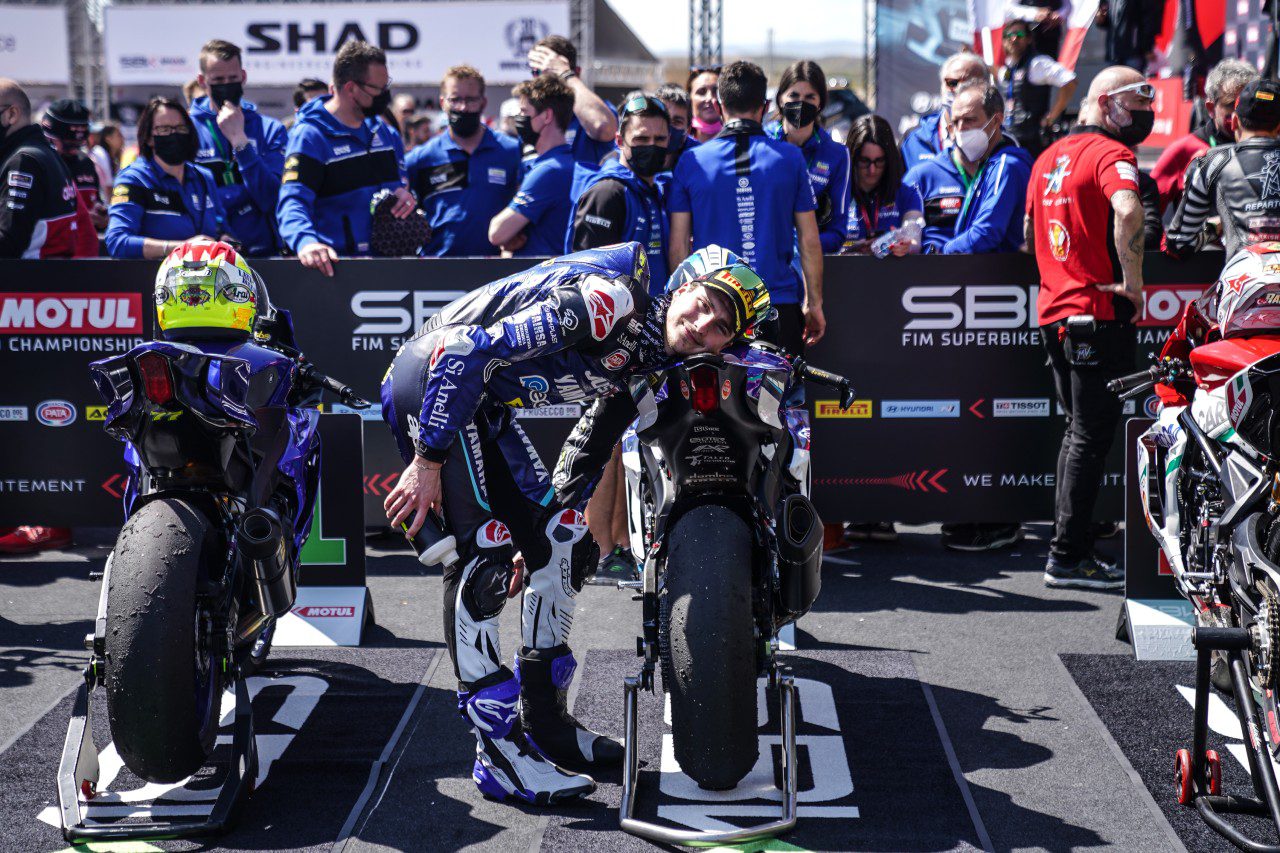 The Evan Bros. WorldSSP Yamaha Team took second place in Race 2 at the Motorland Aragon circuit thanks to Lorenzo Baldassarri, after another thrilling race.

Day 3 began with the warm-up, where Lorenzo rehearsed for the second race of the weekend, despite the low temperatures of the Spanish morning.
Late in the morning it was time for the race.
Starting as yesterday from pole position, Balda was again able to take the lead together with Aegerter, creating another duel for victory. On the last lap, Balda tried to attack at turn 16, but was overtaken by his rival, taking second place, 30 thousandths from victory.
At the end of the first round Balda occupies first place in the overall standings with 45 points.
The next round of the WorldSSP 2022 championship will take place at Assen, Holland, over the weekend of 24 April.

“Today’s race was very similar to Race 1, but with a different ending. Yesterday I was more crazy, while today I used my head more, avoiding risky moves: at the last corner I tried to attack, but Aegerter managed to cross the trajectory. Coming out of the corner I tried to respond again, but it didn’t go well by 30 thousandths. I’m really happy about this weekend, where we got some fantastic results and learned a lot. Thanks to the team for their great work, now we’re thinking about Assen“. 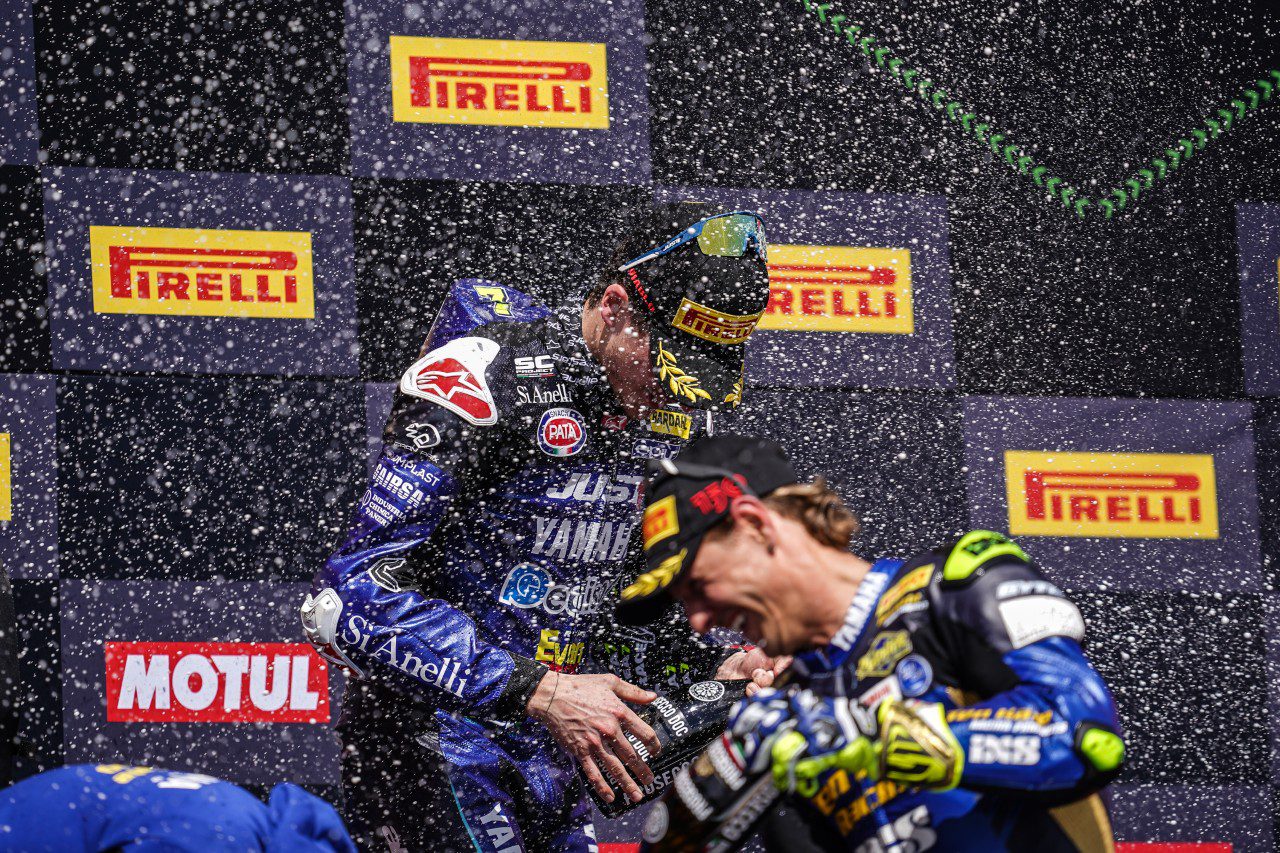 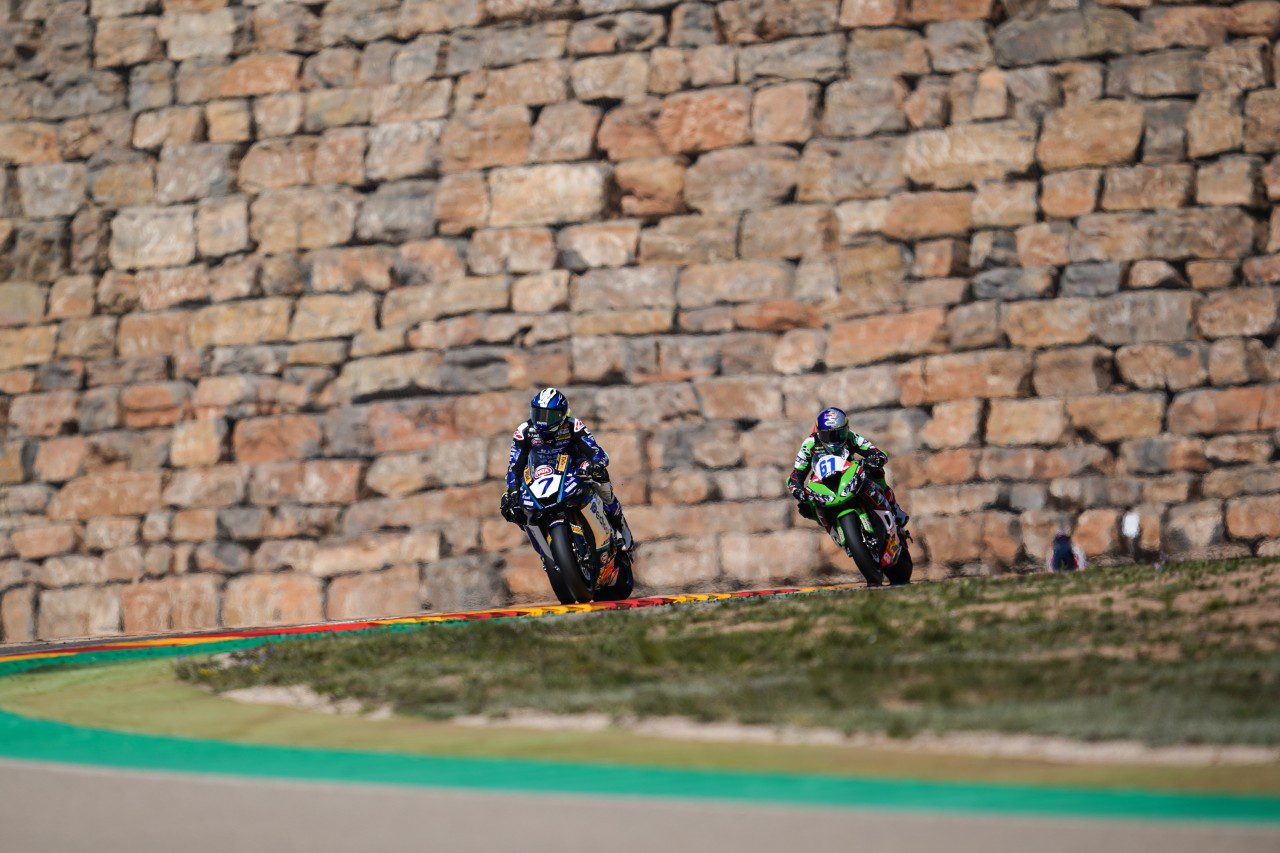 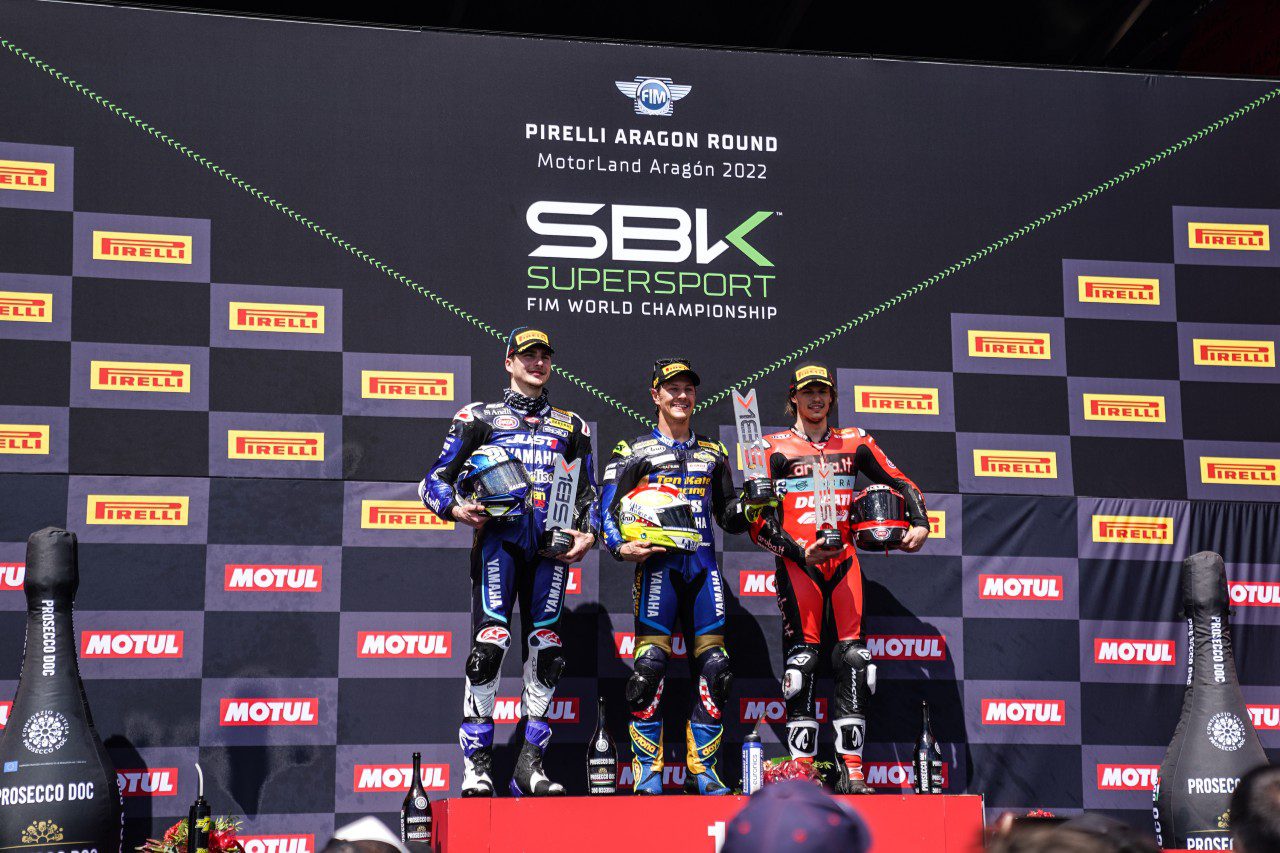 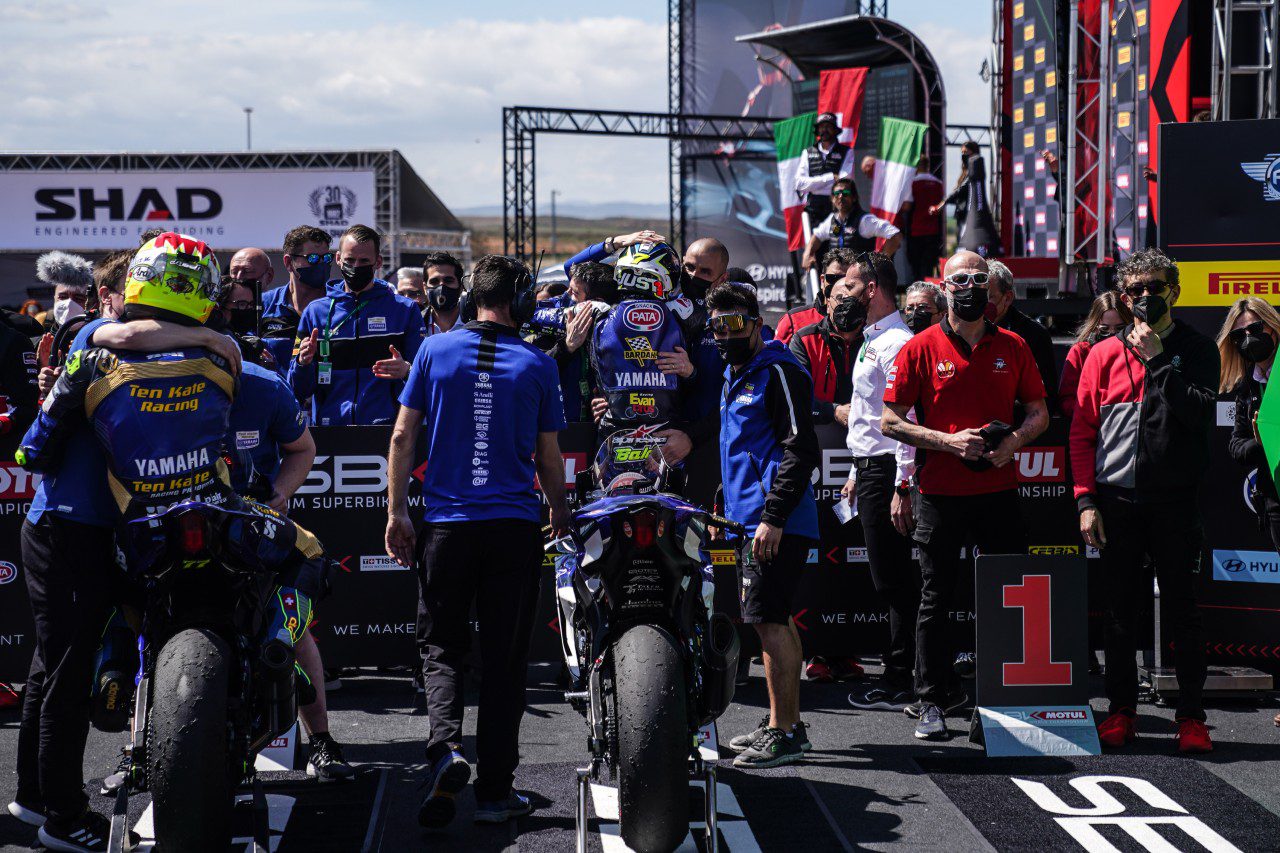 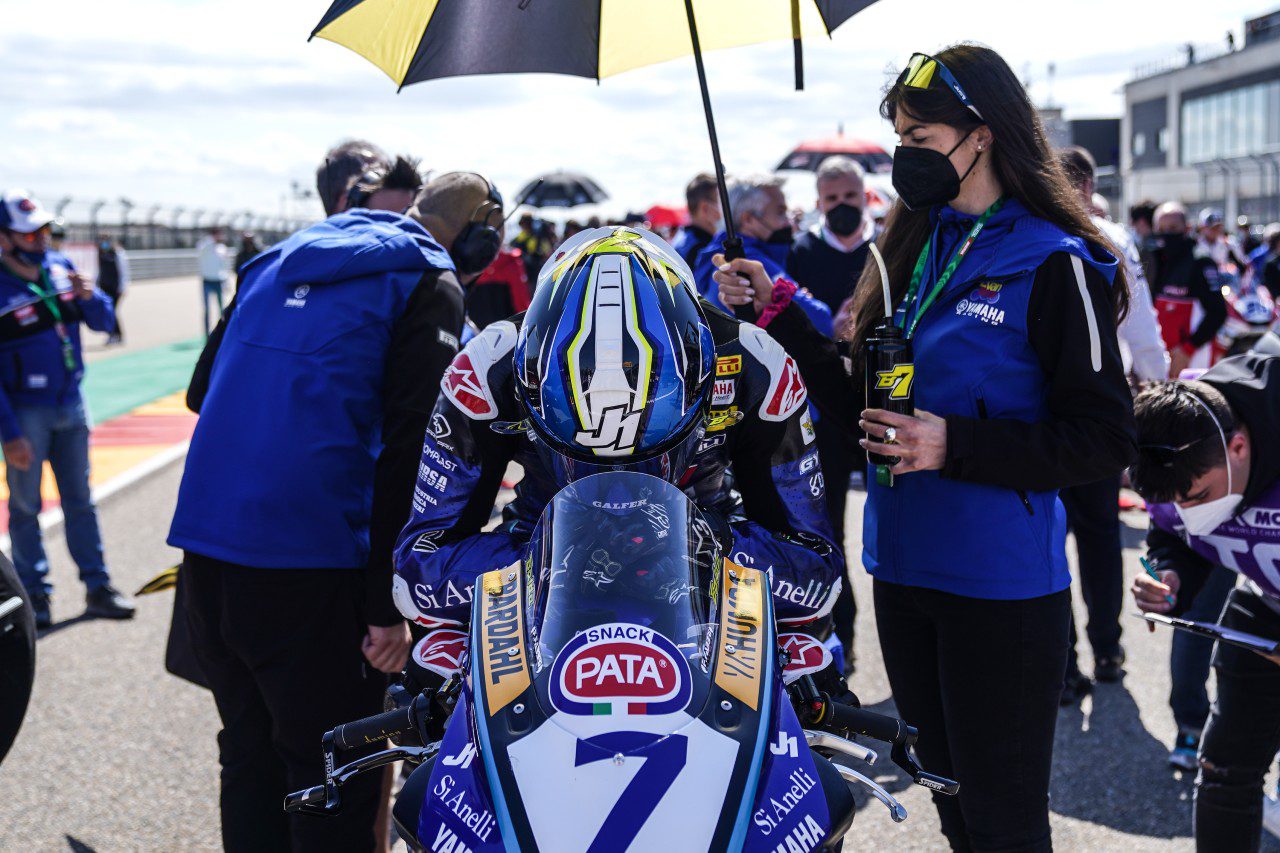