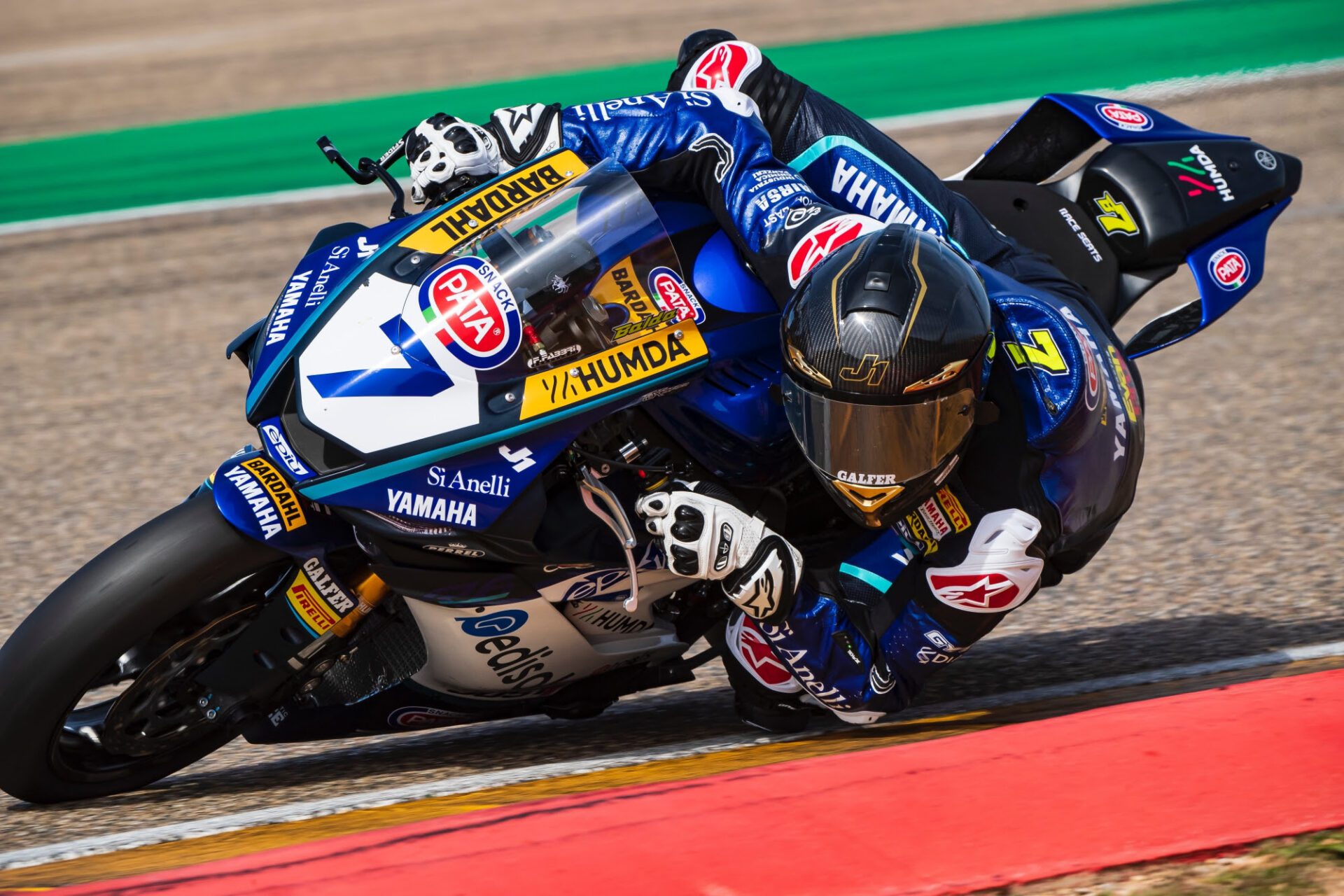 The pre-season is officially over. On Monday and yesterday the Evan Bros. WorldSSP Yamaha Team took to the track for the final winter test, organised by Dorna at Motorland Aragon. It was a prolific two days for Balda, despite the undoubtedly wintry temperatures.

Day1 opened with a few degrees in the air and on the asphalt, which forced all the riders to stay in the box. All the day’s action was thus compressed into the next two available sessions, where Lorenzo completed 33 laps, taking 5th in the combined standings.
The second day was a little warmer for the Evan Bros. WorldSSP Yamaha Team, who were able to take to the track for all three sessions, working on the set-up of the Yamaha YZF-R6 bikes.
In addition to an encouraging improvement on the SC0 tyres, Balda then looked for single lap performance on the SCX compound, getting excellent responses from the stopwatch. In the combined standings LB took a splendid second place, just 57 thousandths from the top.
The team will now have two days to analyse the data, before the first weekend of the season gets underway at Aragon.

“I was really looking forward to this first test together with all my competitors and I can be satisfied. In these two days I have been able to understand that we are competitive and I have had confirmation that the team is working really well. In each run we have understood something more of the bike, getting close to the first position. Now it’s time to start getting serious!”.