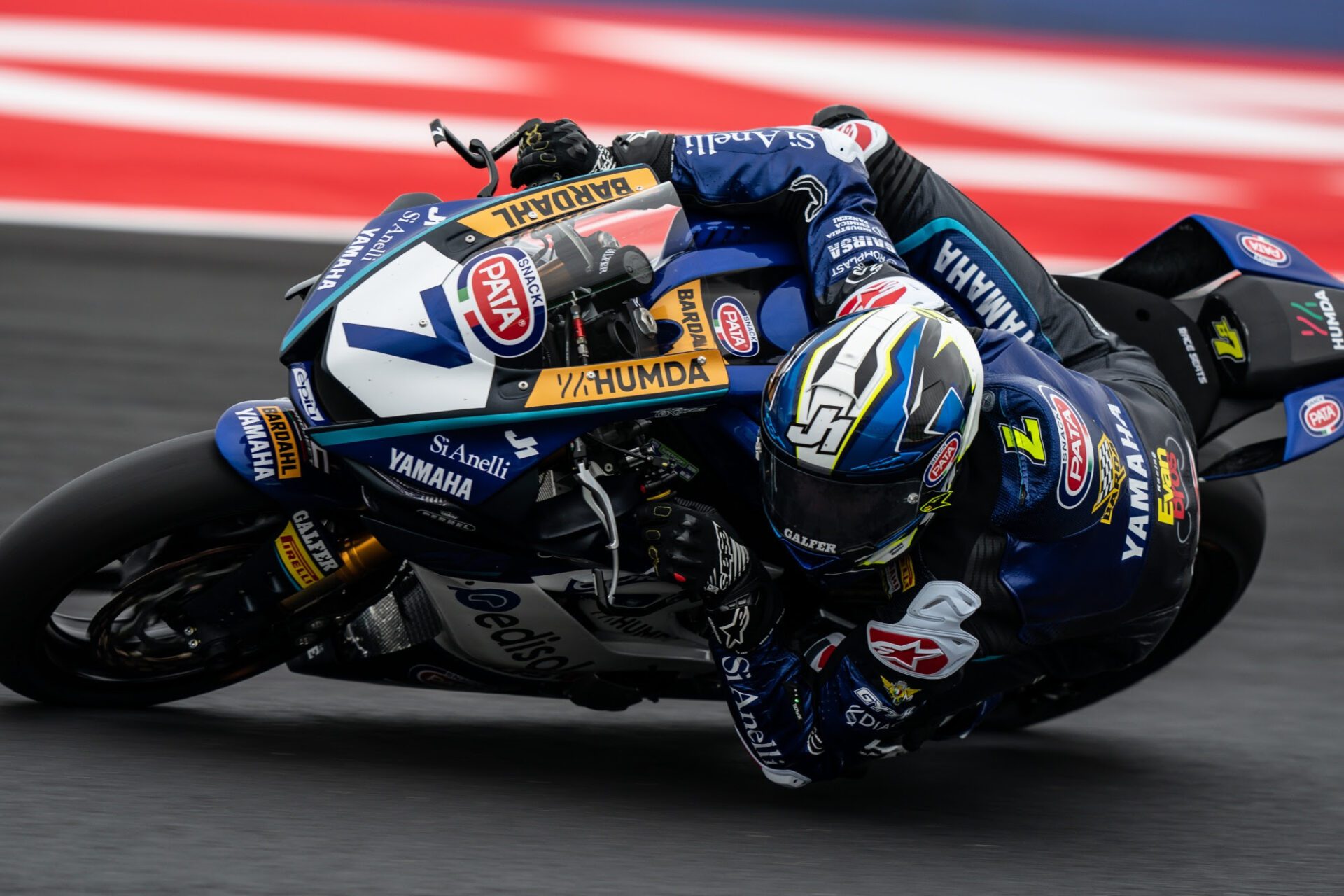 After a four-week break the Evan Bros. WorldSSP Yamaha Team is ready to get back on track, to tackle the fifth round of the 2022 season, scheduled at the Donington circuit, which returns to host the World Supersport Championship after a two-season stop.

Balda arrives at Donington with the desire to replicate or improve on the results achieved during the first part of the season. Lorenzo has so far picked up an impressive seven podiums in eight races, and will be chasing his second win of the season, having made significant progress in the race-test held with the Ravenna-based team at Mugello. Baldassarri will at the same time have to deal with a track that is almost unknown to him, which he will have to learn quickly in the available practice sessions.

As usual the weekend’s programme will start on Friday with the first free practice sessions, while on Saturday it will be time for Superpole and Race 1, with Race 2 closing the programme on Sunday.

“Donington is a new track for me, although thanks to Yamaha I was able to have a day of testing, through which I could start to learn the layout. It’s a peculiar and technical track, which is a lot of fun riding the R6. The team and I have been working hard during the weeks off, so I arrive at this round ready and motivated. The aim is to do my best and continue to make progress“.