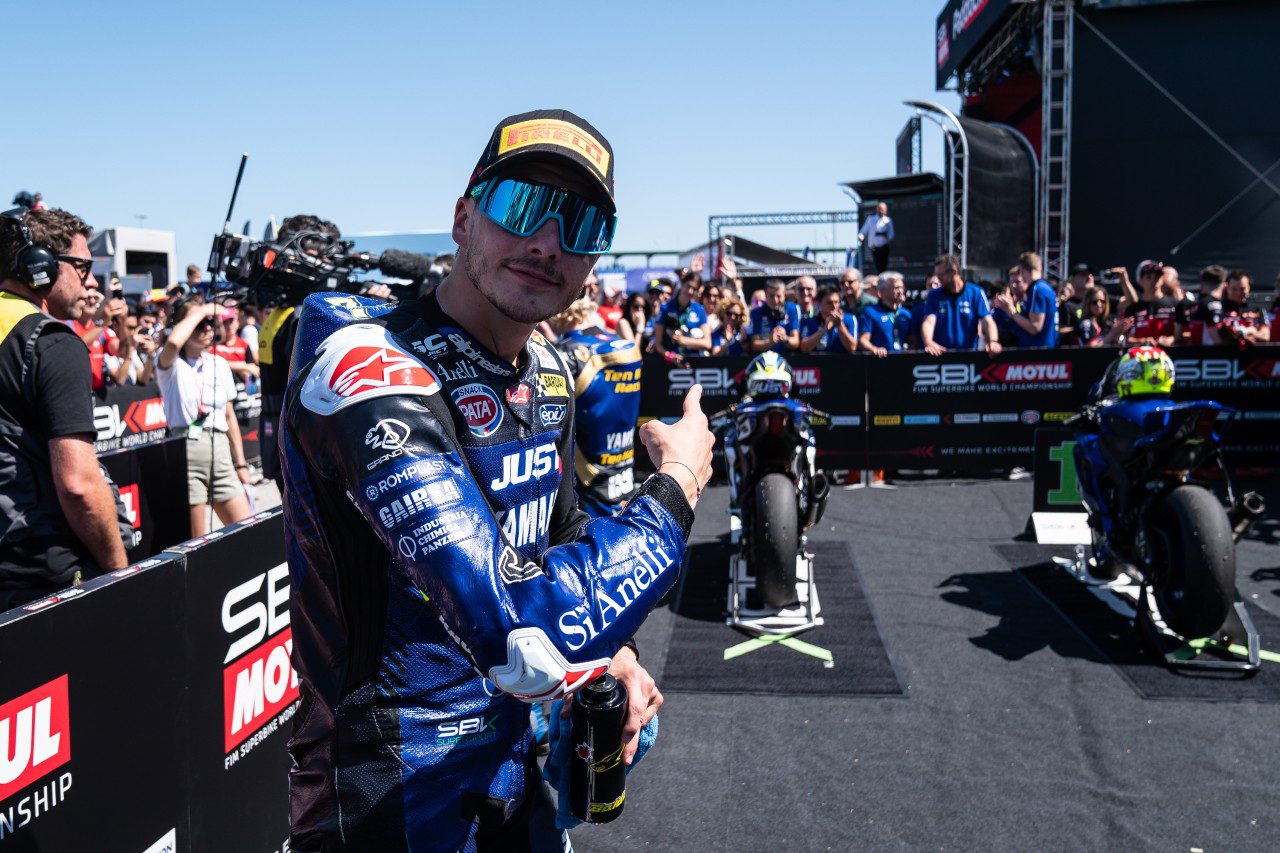 A day of many emotions for the Evan Bros. WorldSSP Yamaha Team, which can celebrate a new podium. Lorenzo Baldassarri in fact conquered a splendid win, which, however, turned into a second position due to a penalty.

In the morning the starting grid was decided, with the Superpole. Lorenzo fought for the pole position until the last seconds of the session, obtaining an excellent third position, and therefore a place on the front row.

At 15.15 the traffic lights went out for Race 1. Balda made a good start, which allowed him to keep the third place. In the following laps the Italian rider went on the run together with Aegerter and Bulega, arriving in the final to play for the victory with the two rivals.
Having moved into second place at the start of the penultimate lap, Balda was perfect in taking the lead in the early stages of the last lap, and in defending against Aegerter’s attacks as the lap continued, passing first under the checkered flag.
Unfortunately, however, Lorenzo could not celebrate the victory, due to the relegation to second position imposed by race direction on him, who was guilty of exceeding the track limits at Turn 15 during the last lap.

“It was a difficult race but I’m happy because we had a good weekend. I managed the race well today: I wanted to mark Aegerter and attack him in the finale, but unfortunately fighting with other riders I lost some time, which he took advantage of to escape. I’m looking forward to racing at Misano, in our home round”. 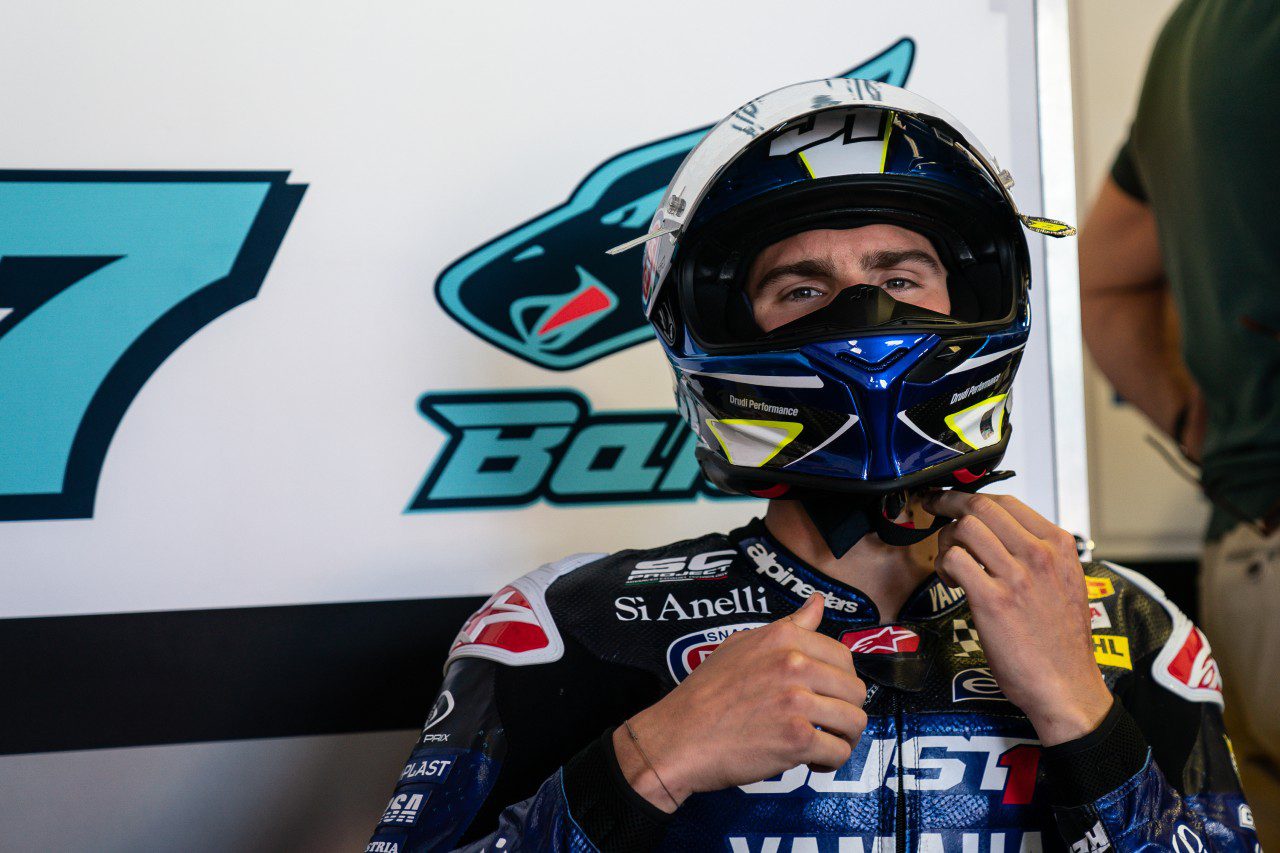 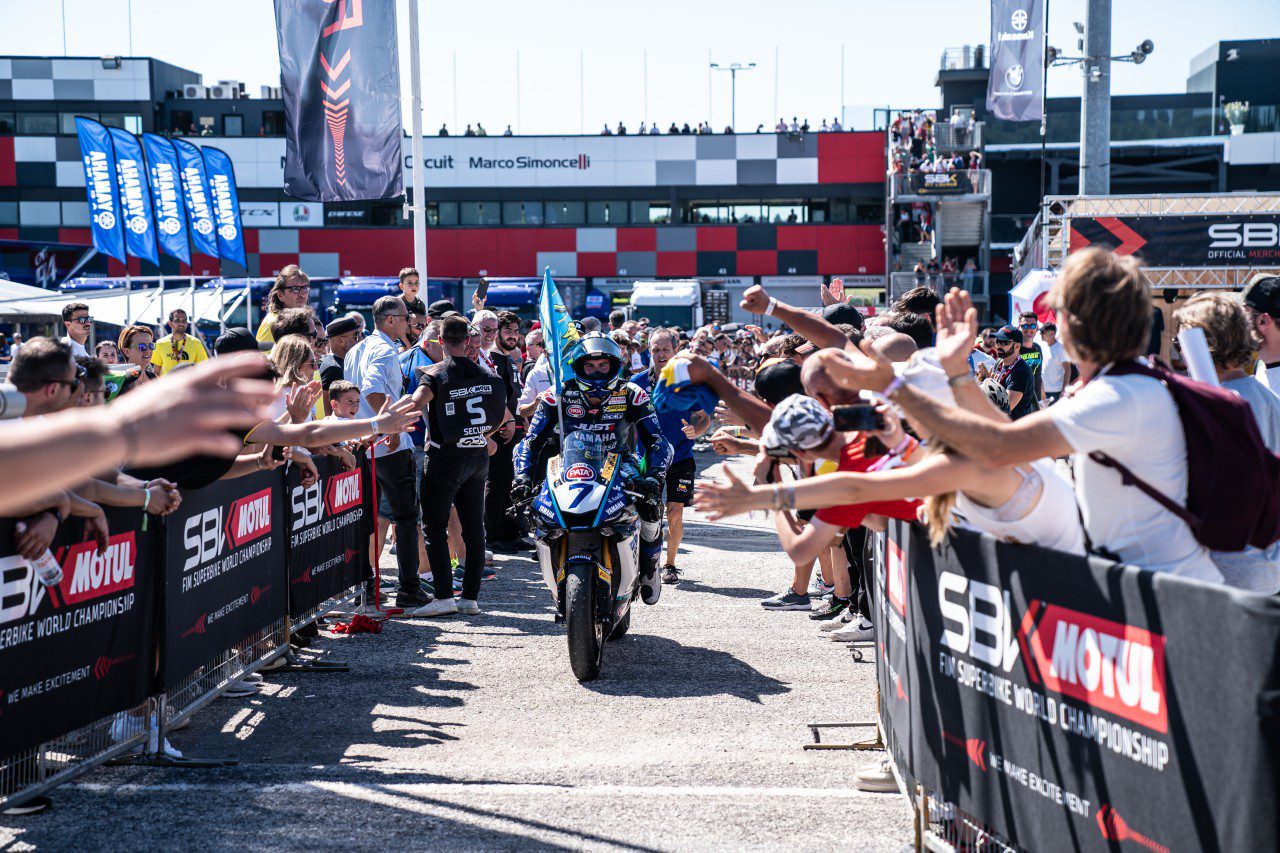 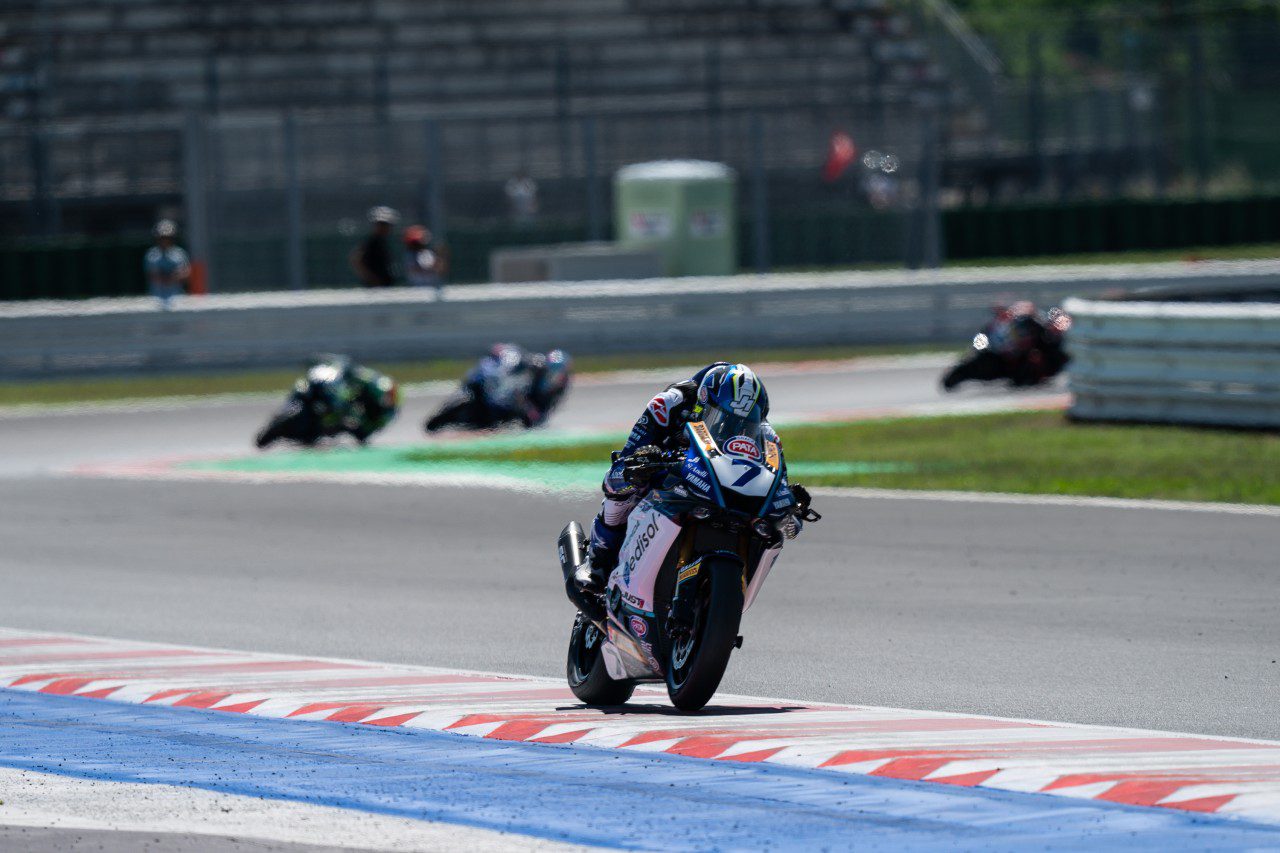 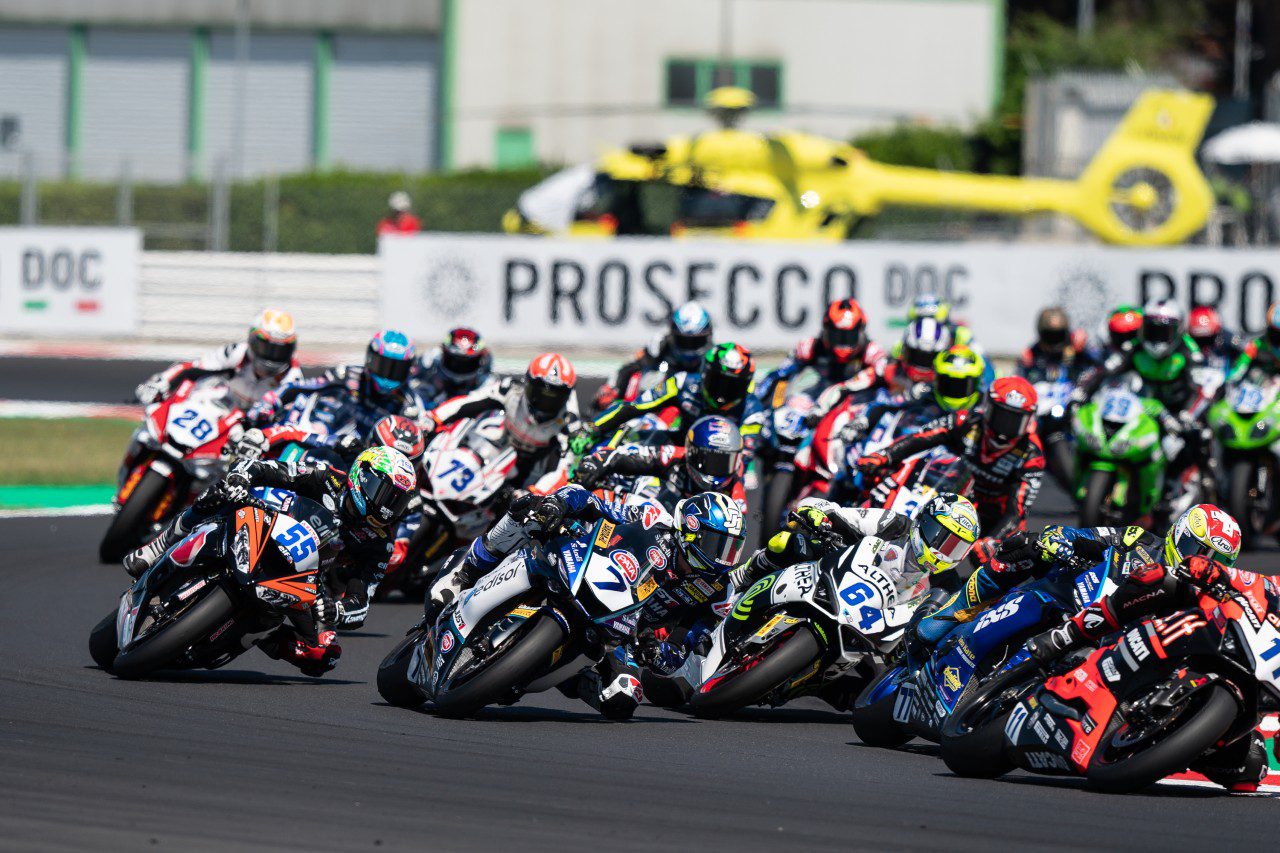 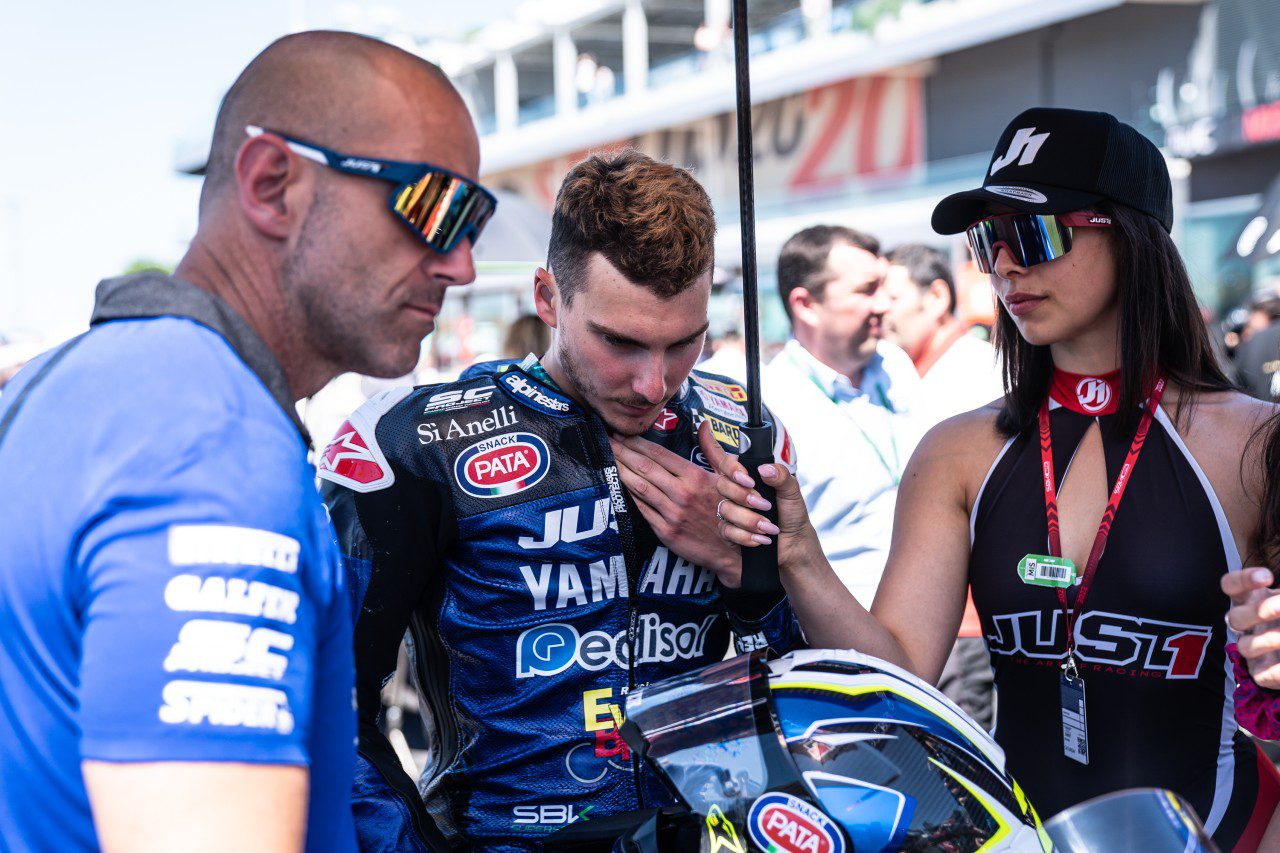