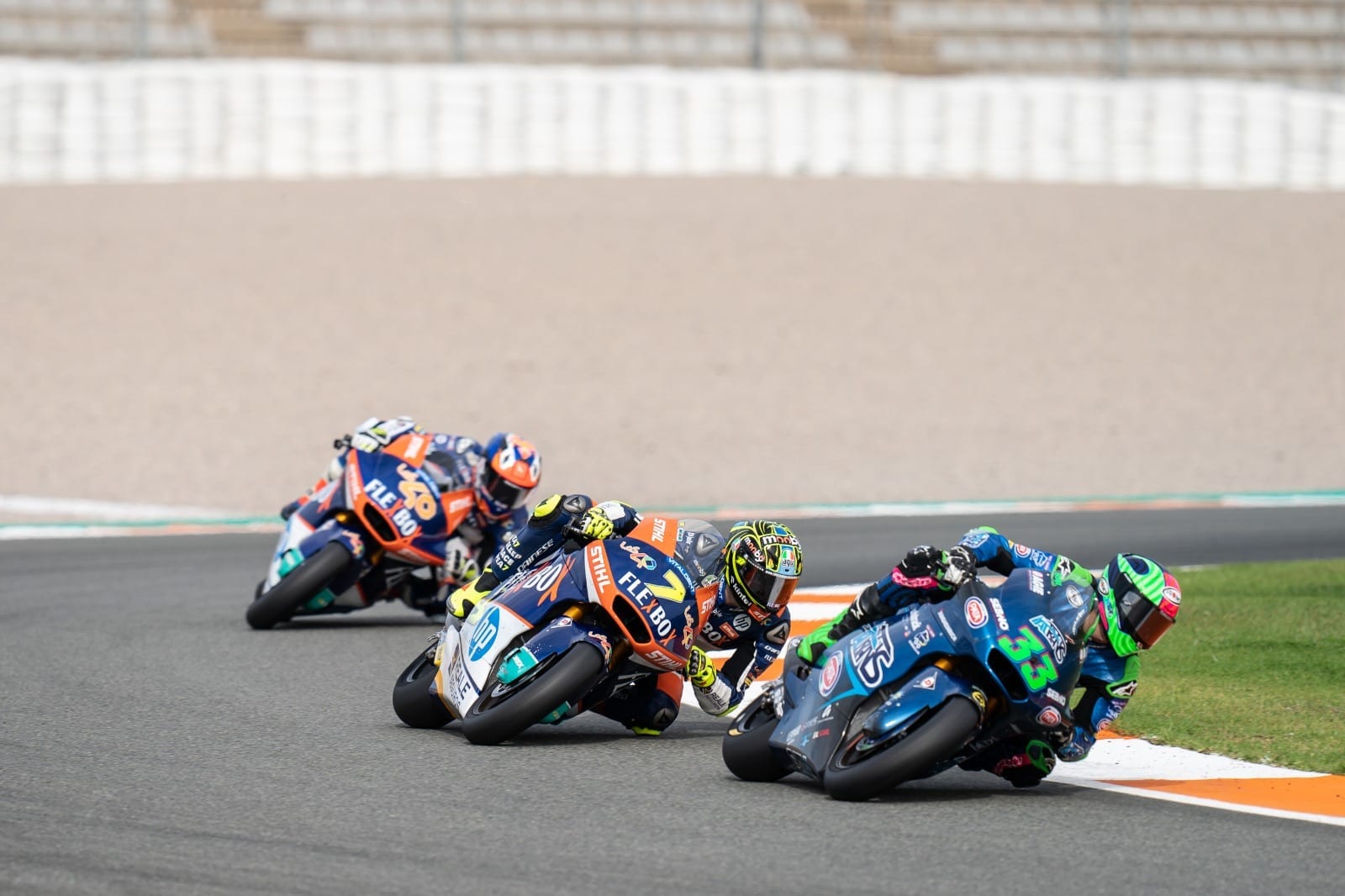 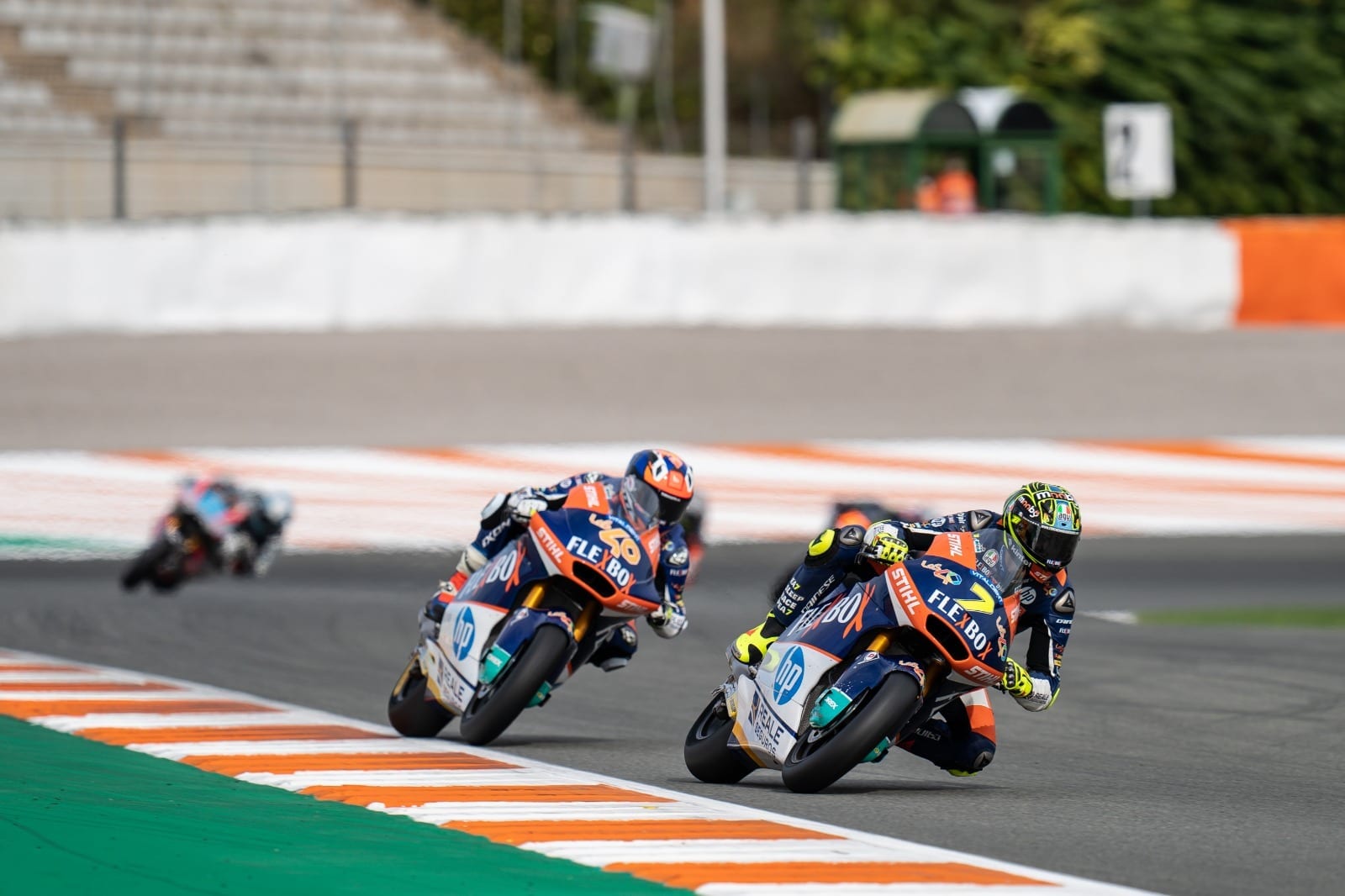 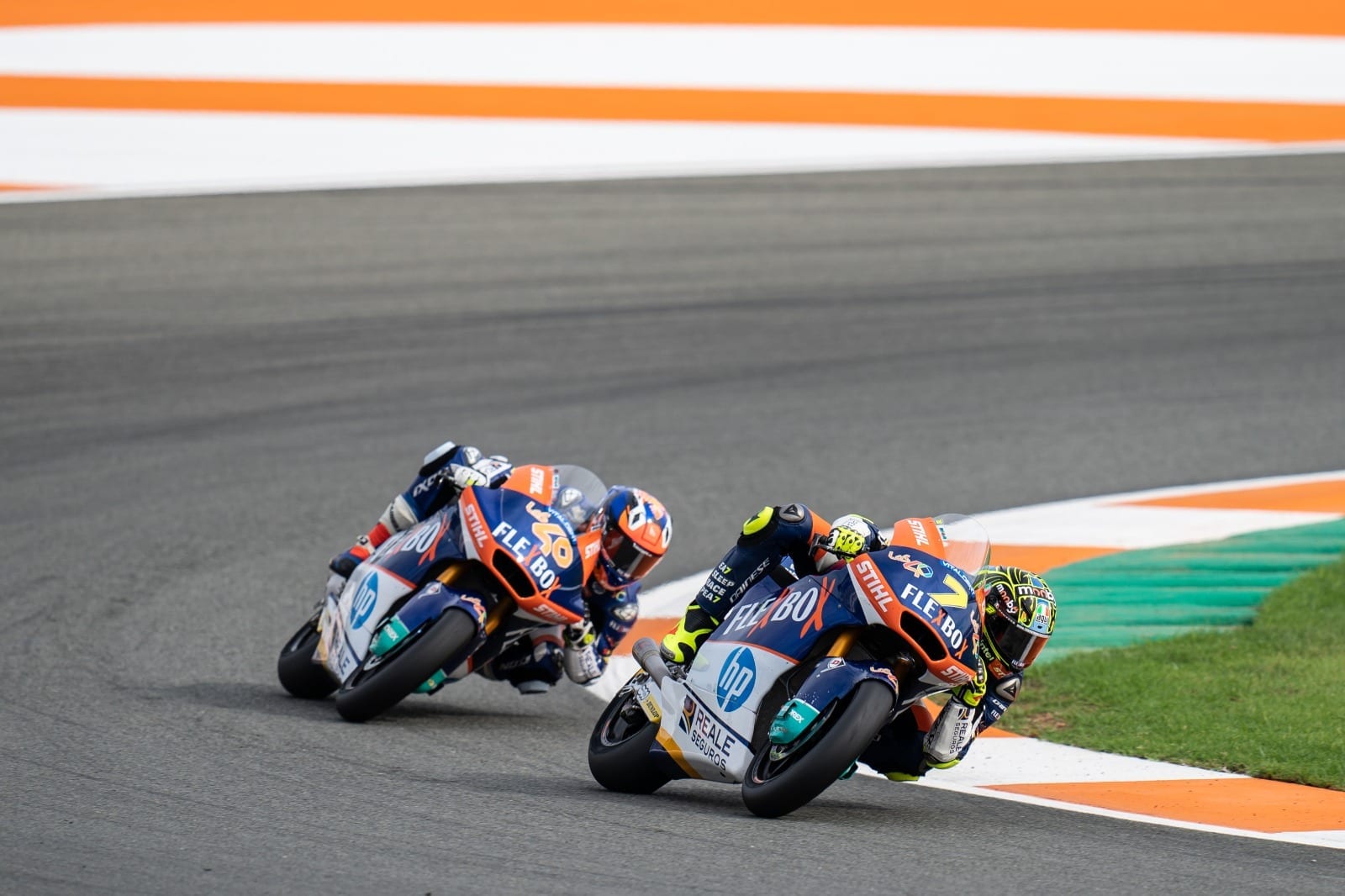 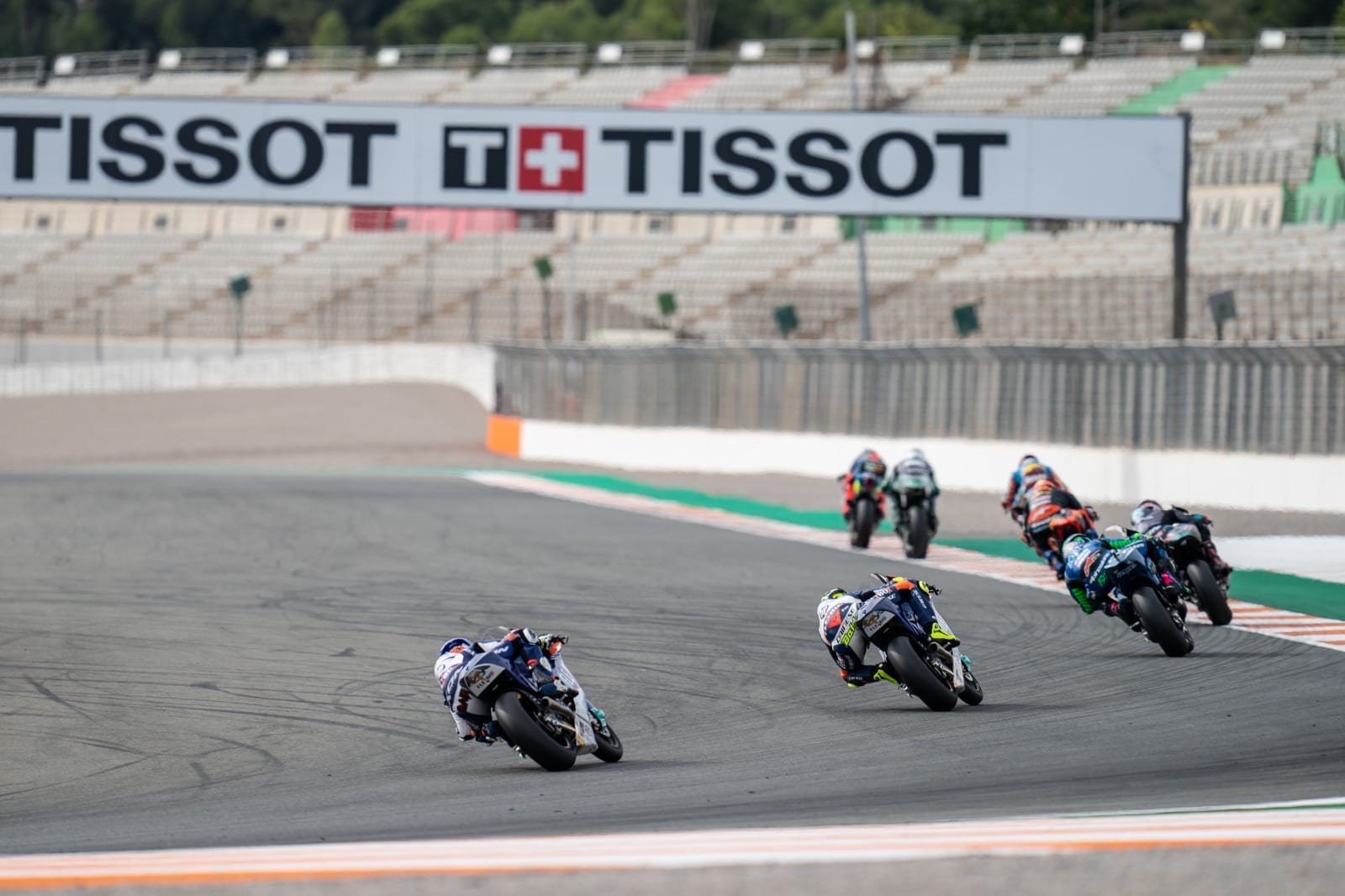 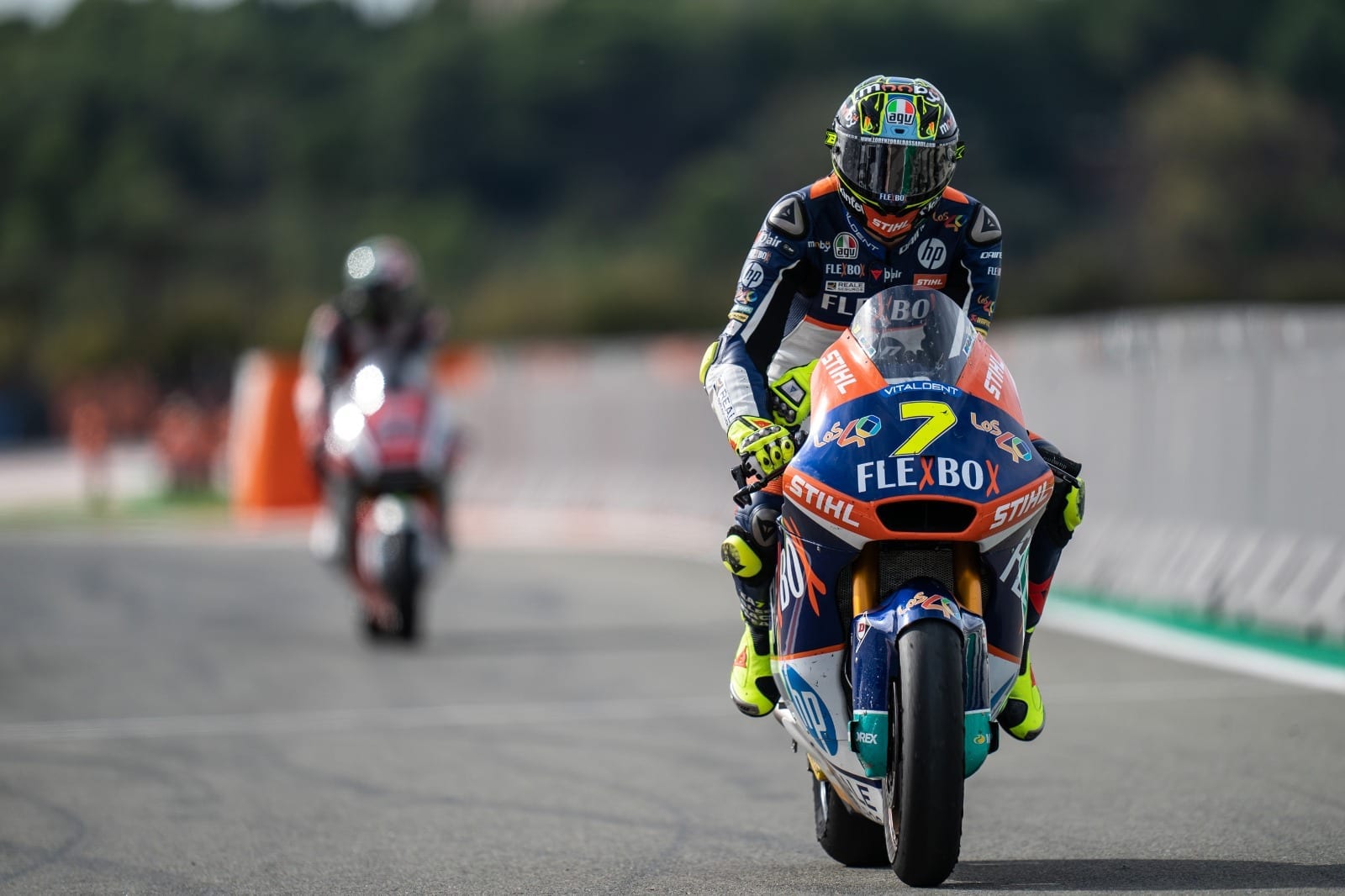 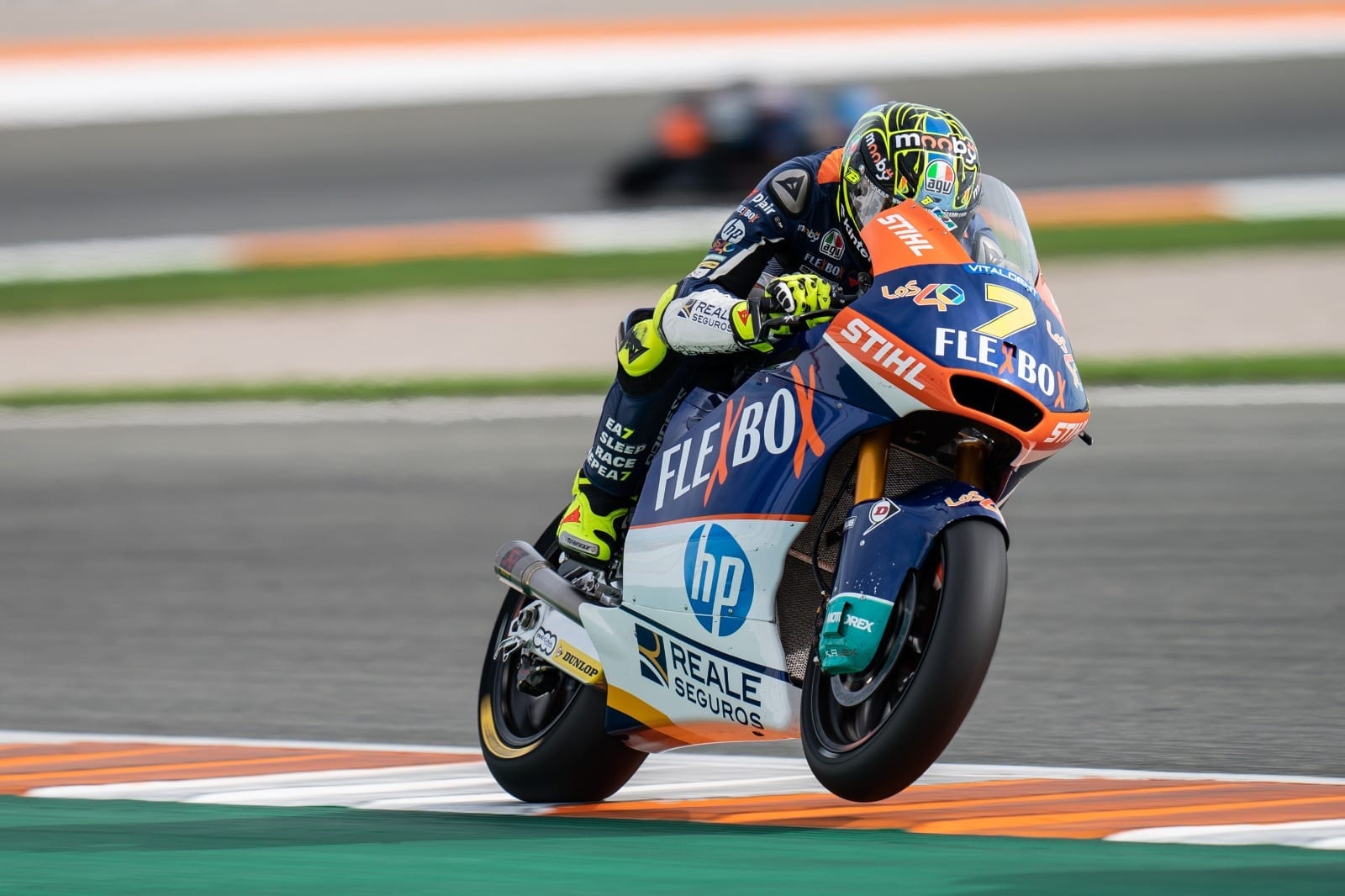 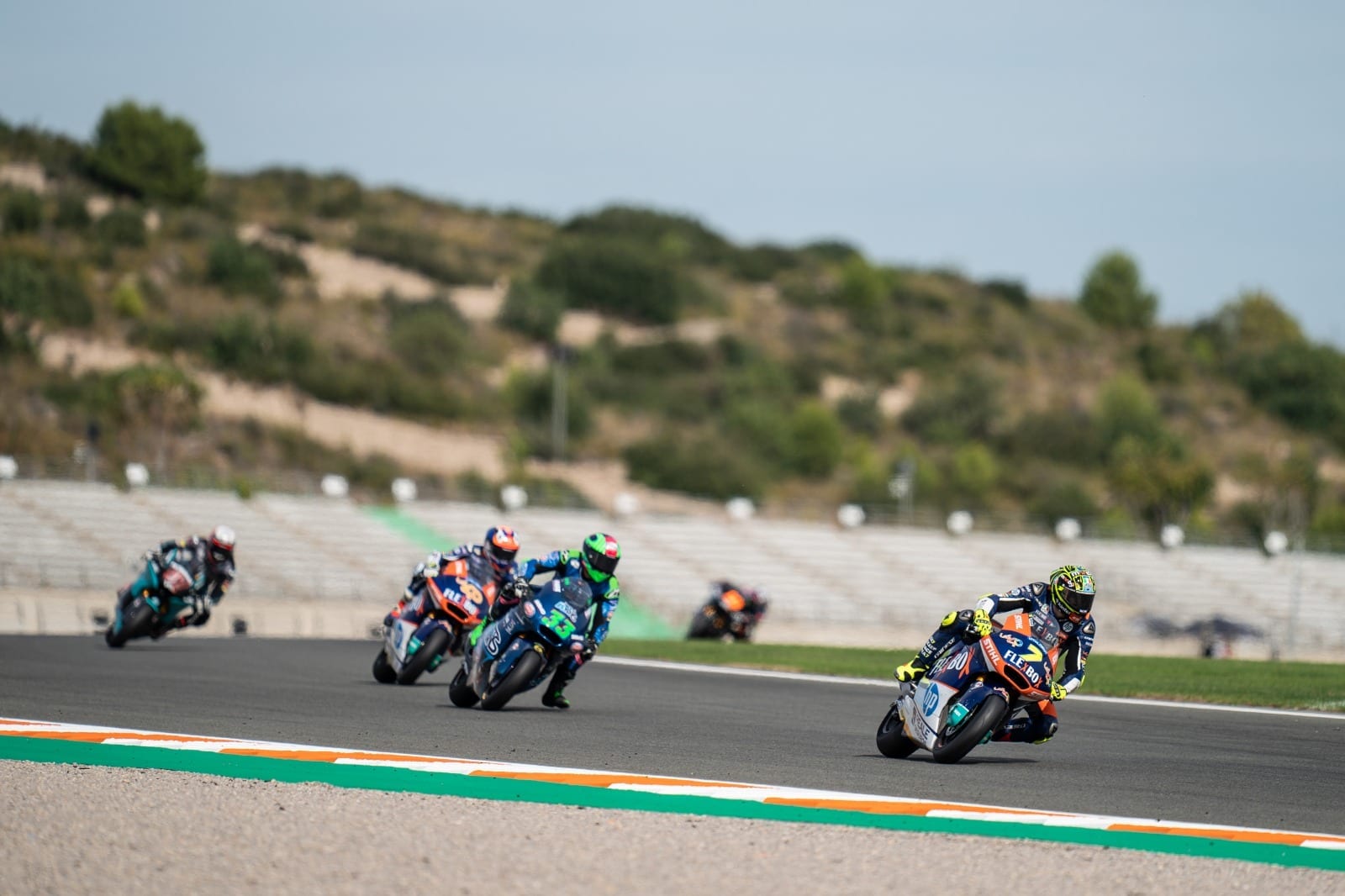 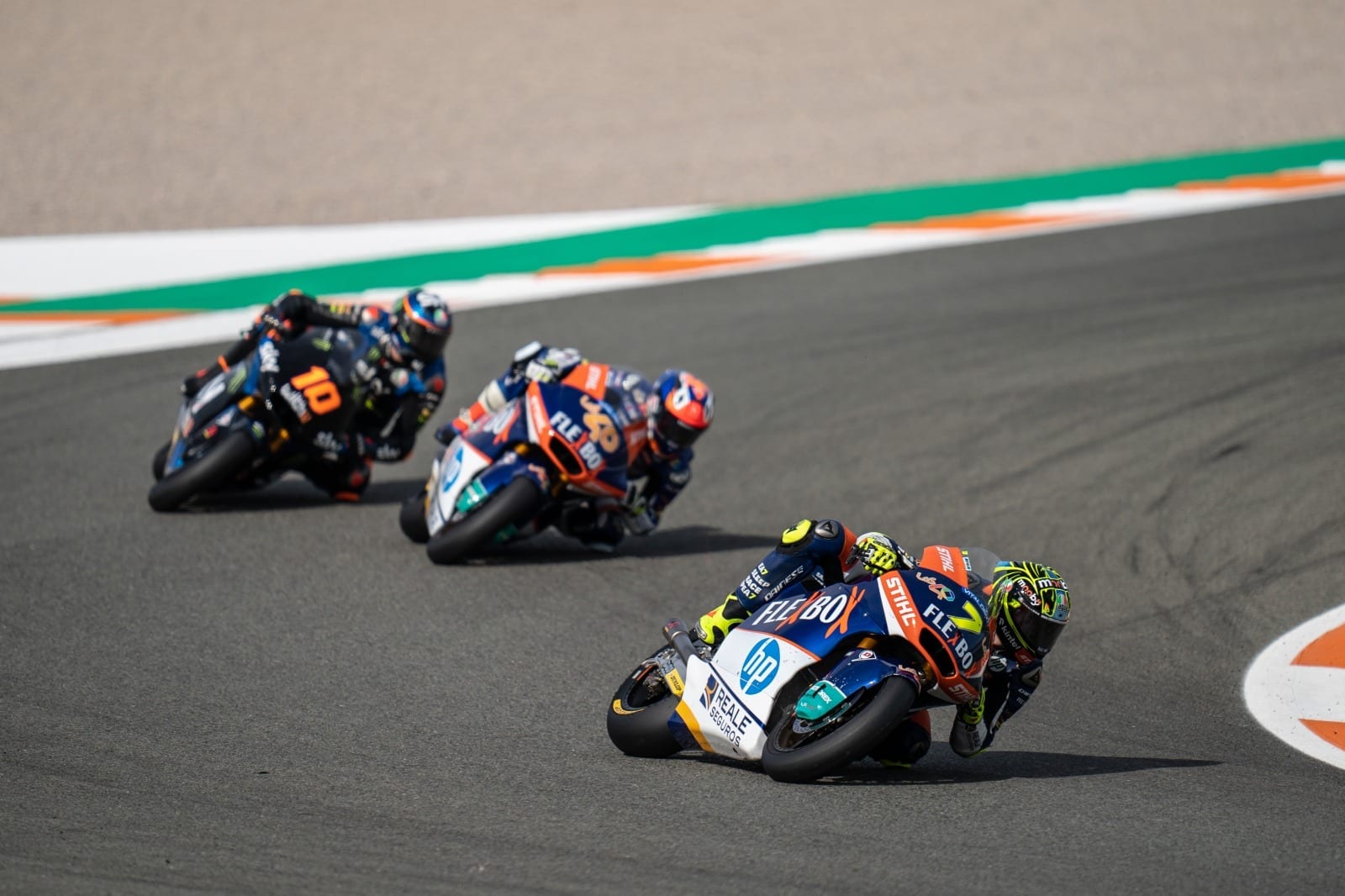 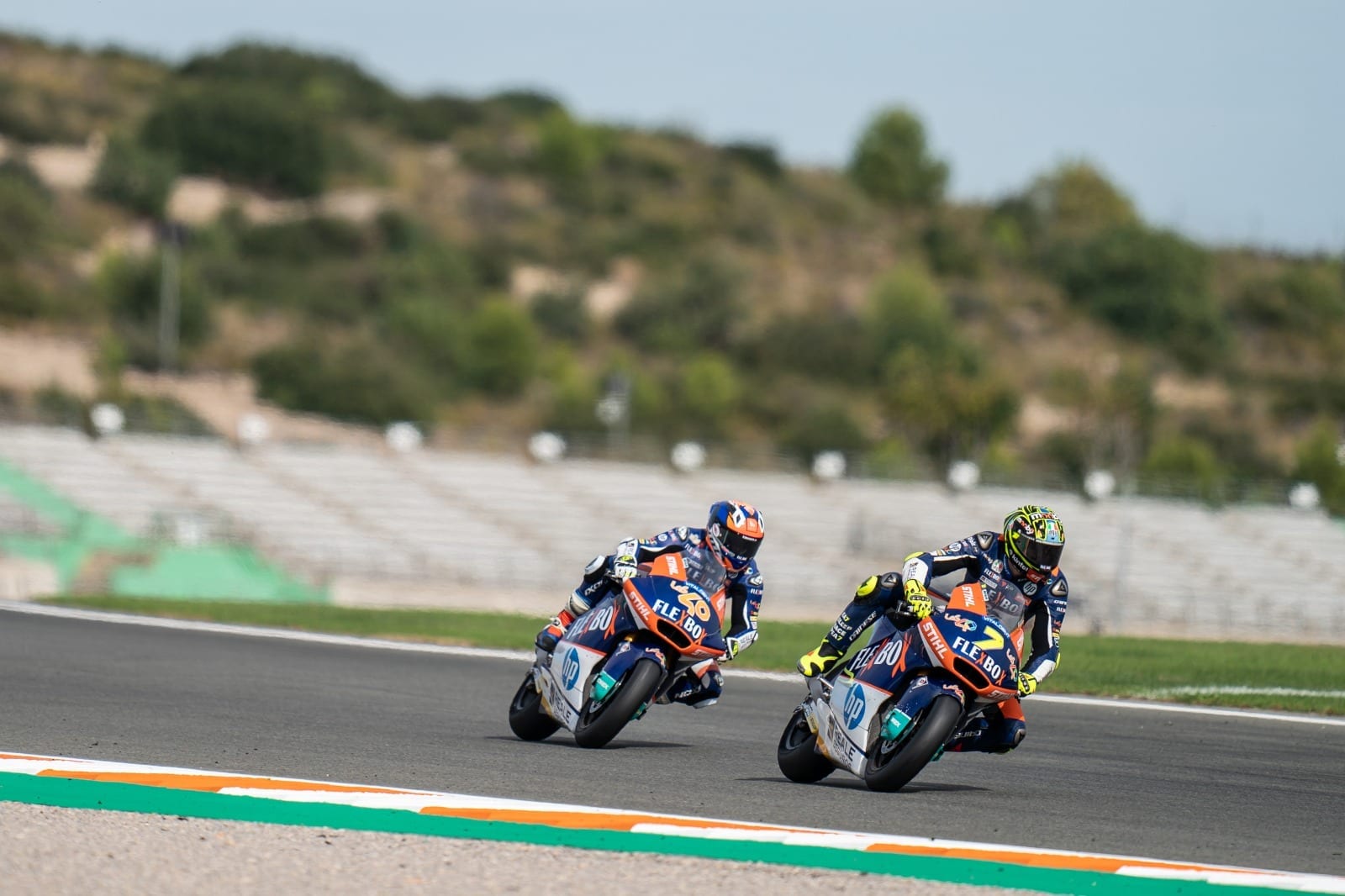 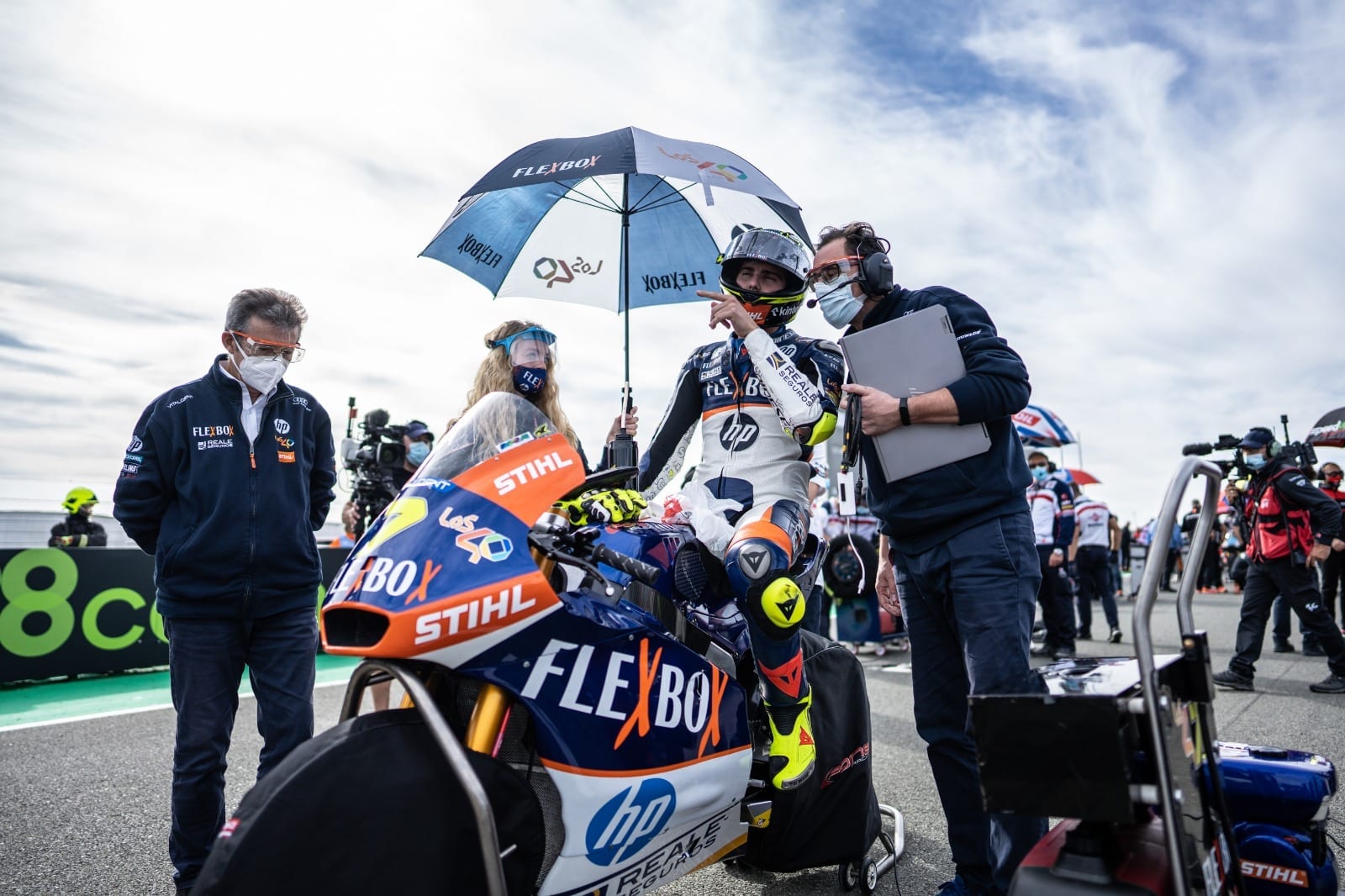 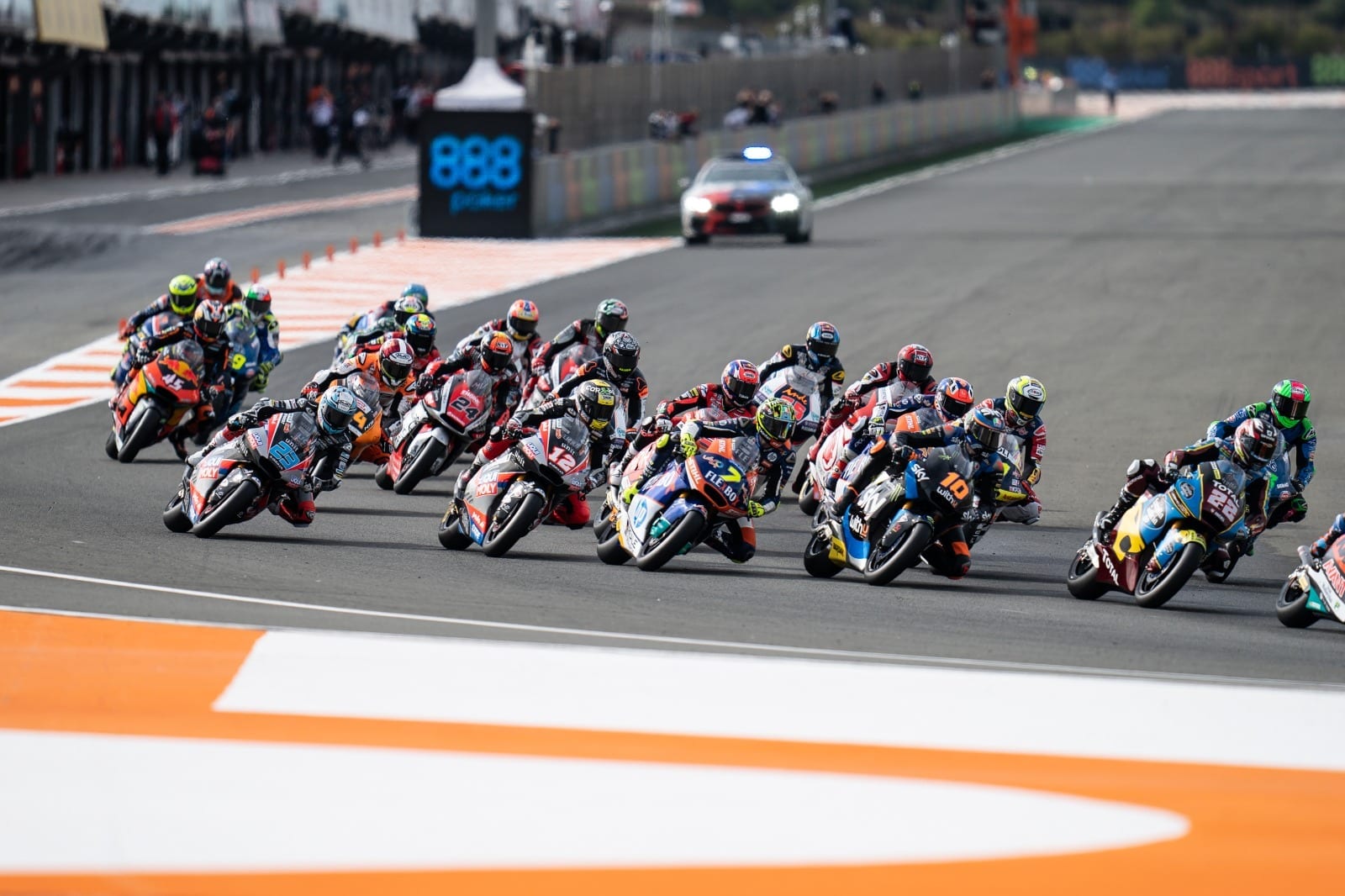 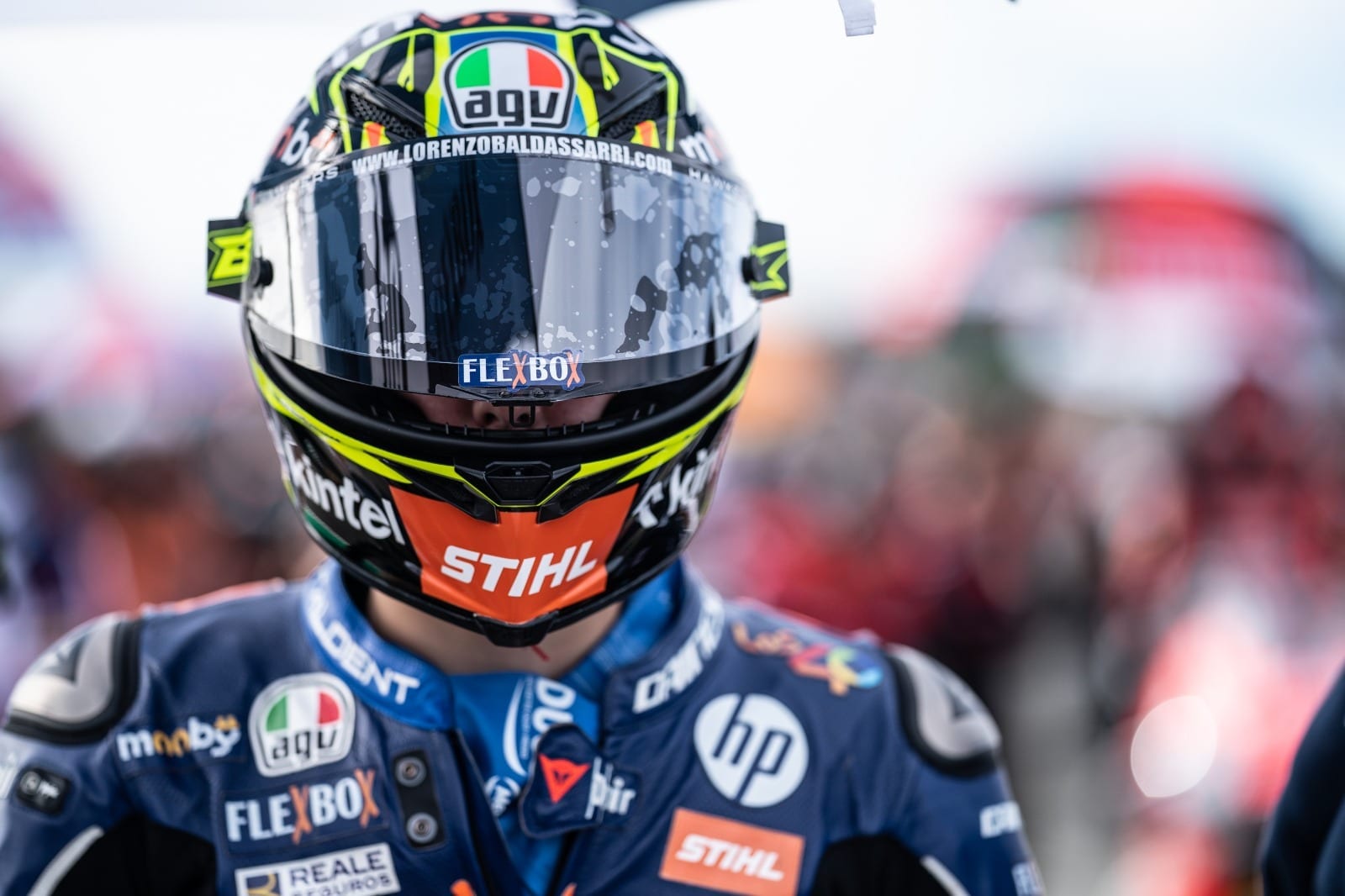 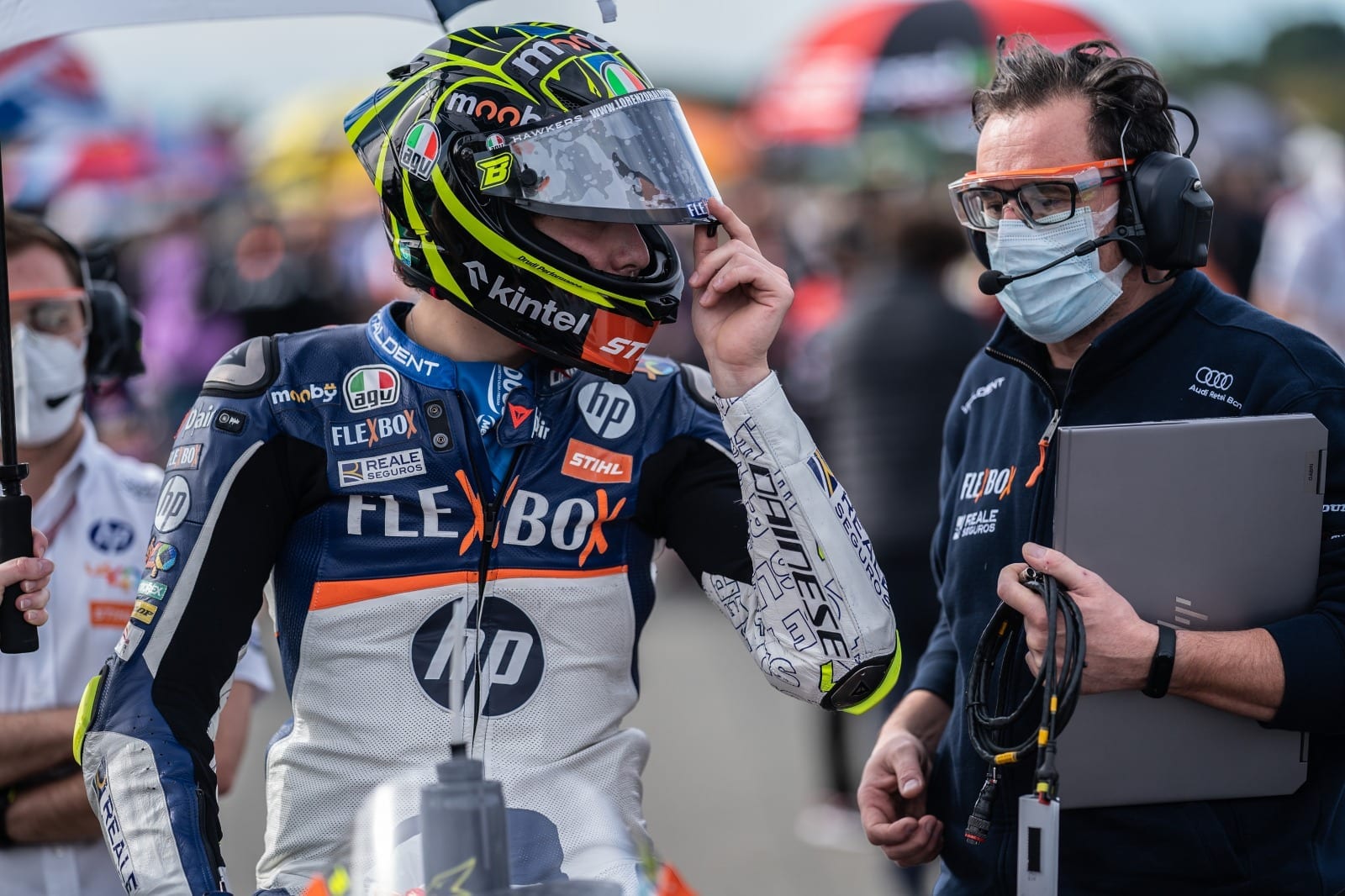 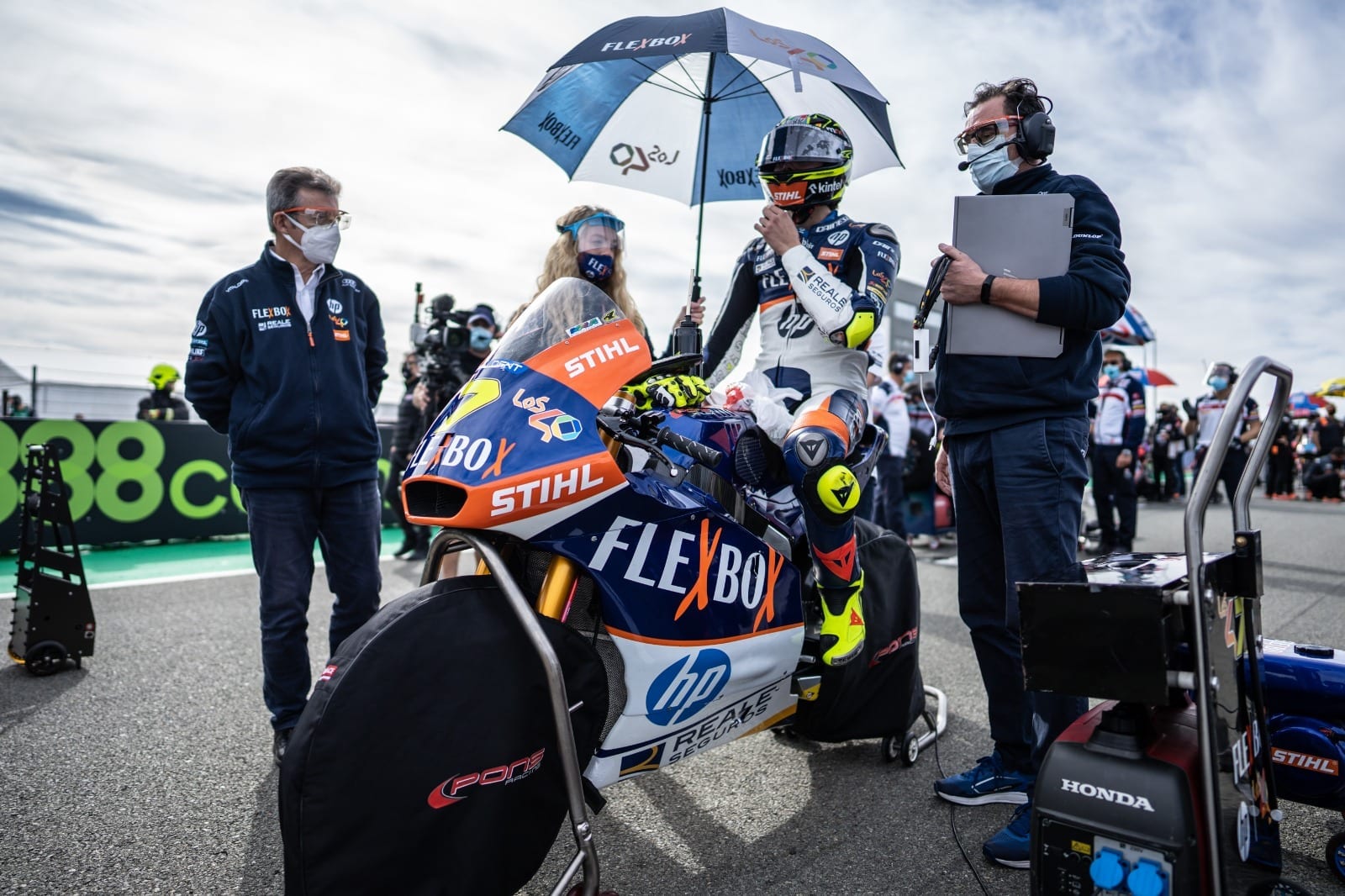 Strong performance for Baldassarri, fifth at the European GP in Valencia

After a good start from the third row, Baldassarri has done a concrete race being always in the leading group, made up of seven riders.
At the end Balda crossed the line fifth, just one second from the podium. Today the FlexBox HP 40 rider confirmed the good feeling he had in the practices and this will help him to face the next race in a positive way, as they will ride in the same circuit.

Lorenzo Baldassarri, 5th, +4.648
“I’m happy because today we could finally confirm the good feelings I already had in Aragon. We missed the podium due to some problems in the first part of the race, but it is an important result, to be satisfied with. The team and I will continue to work together ’cause what we both want is to finish the remaining two races on top, we deserve it.”