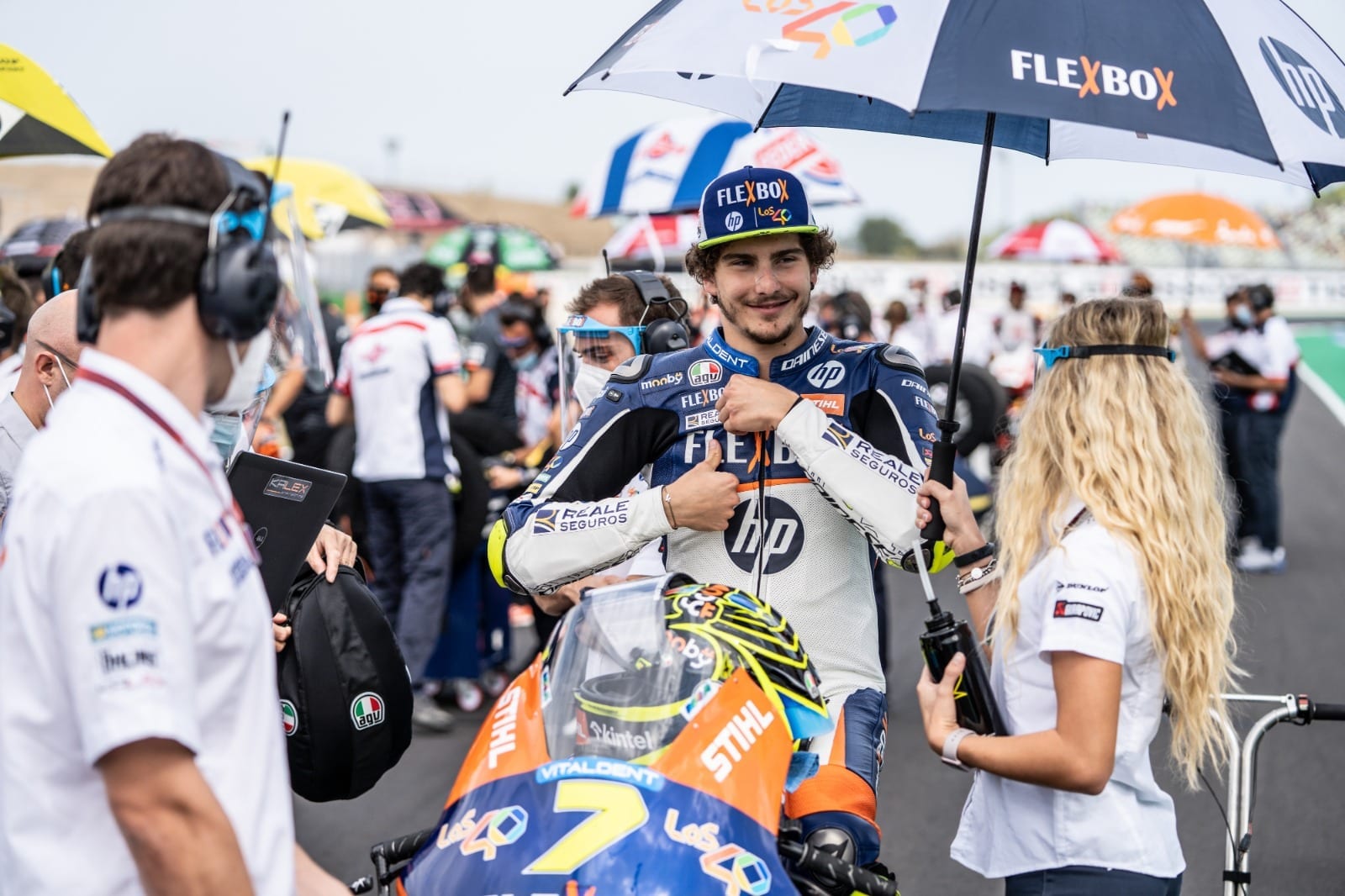 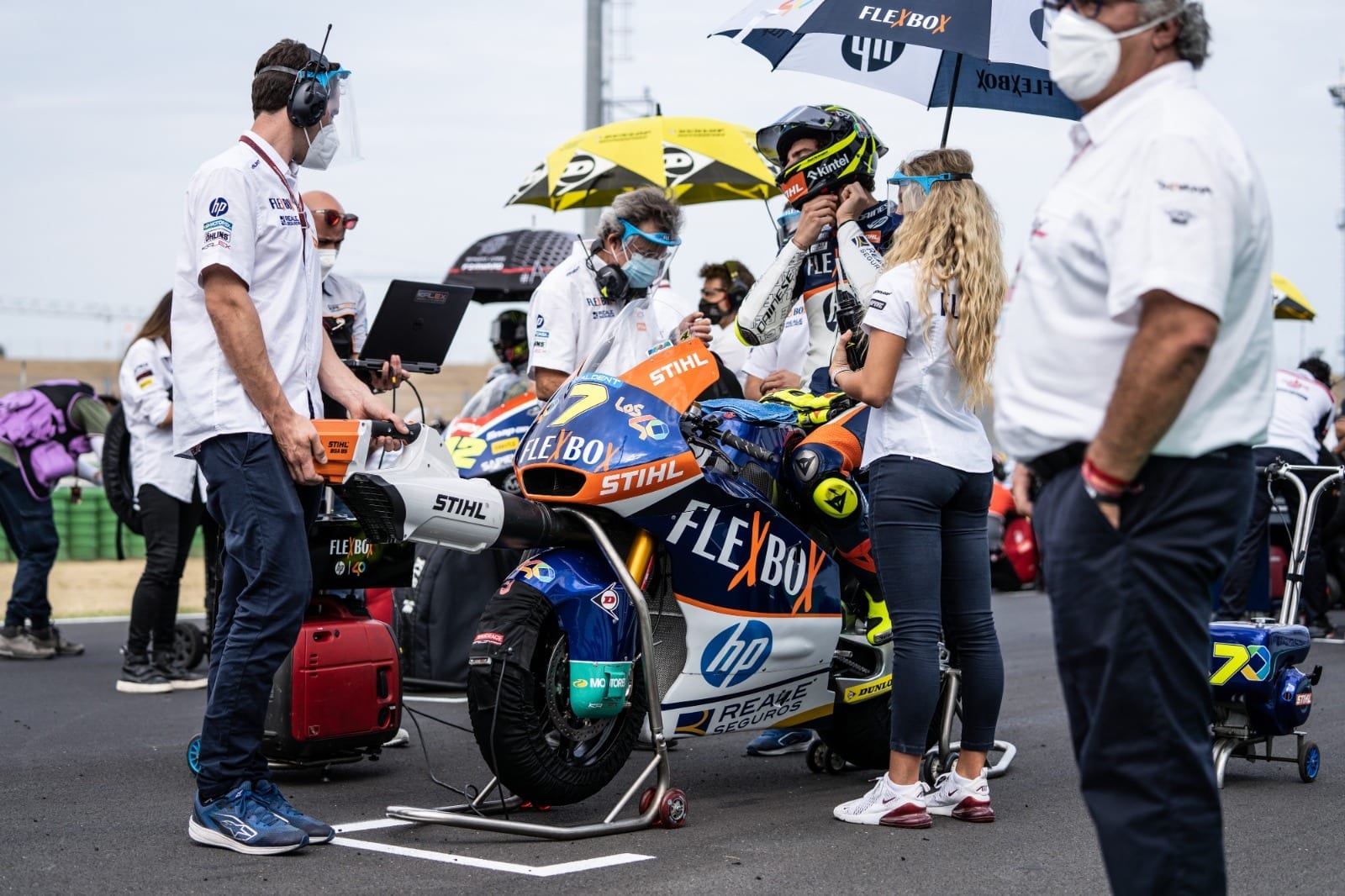 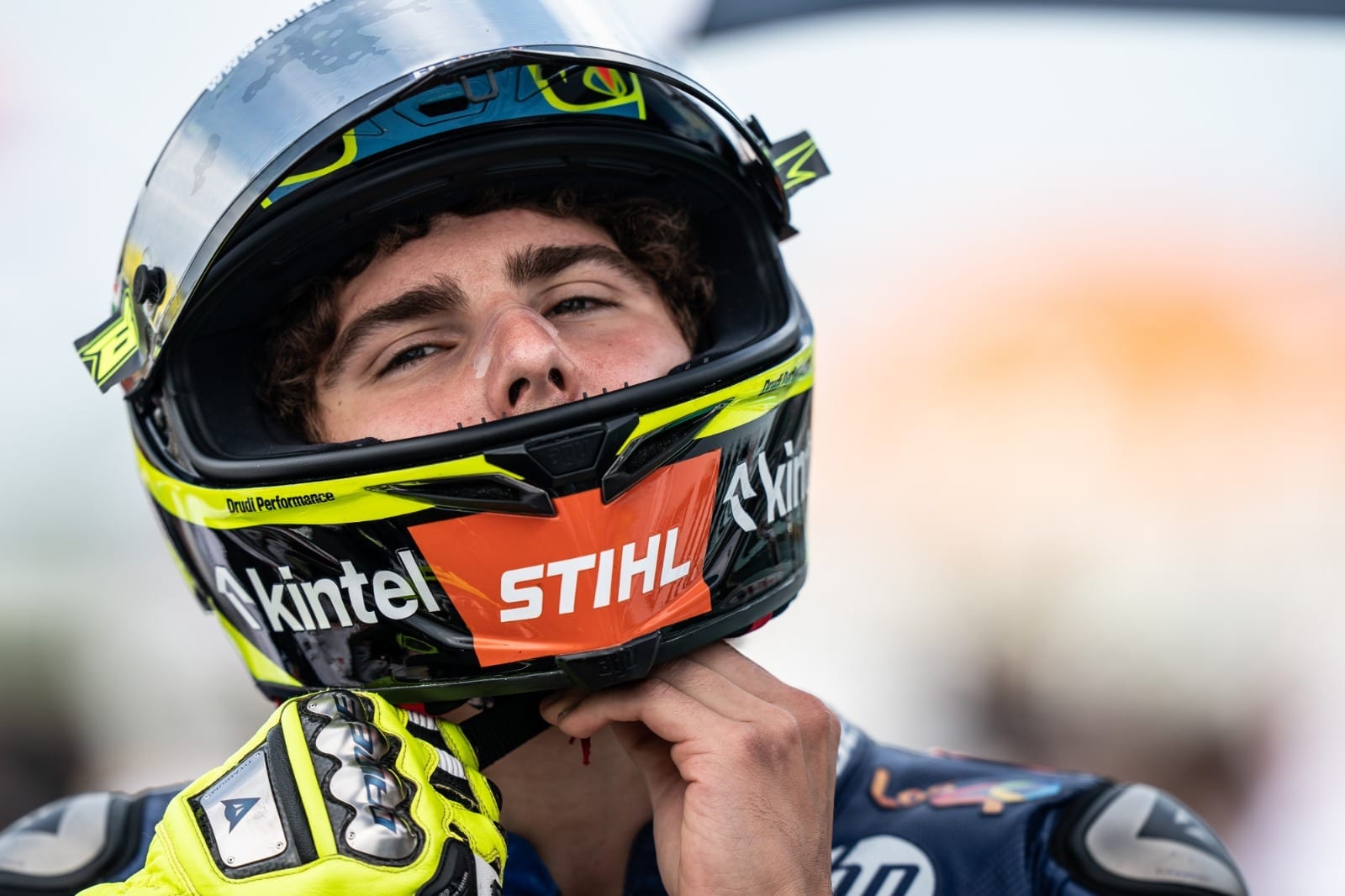 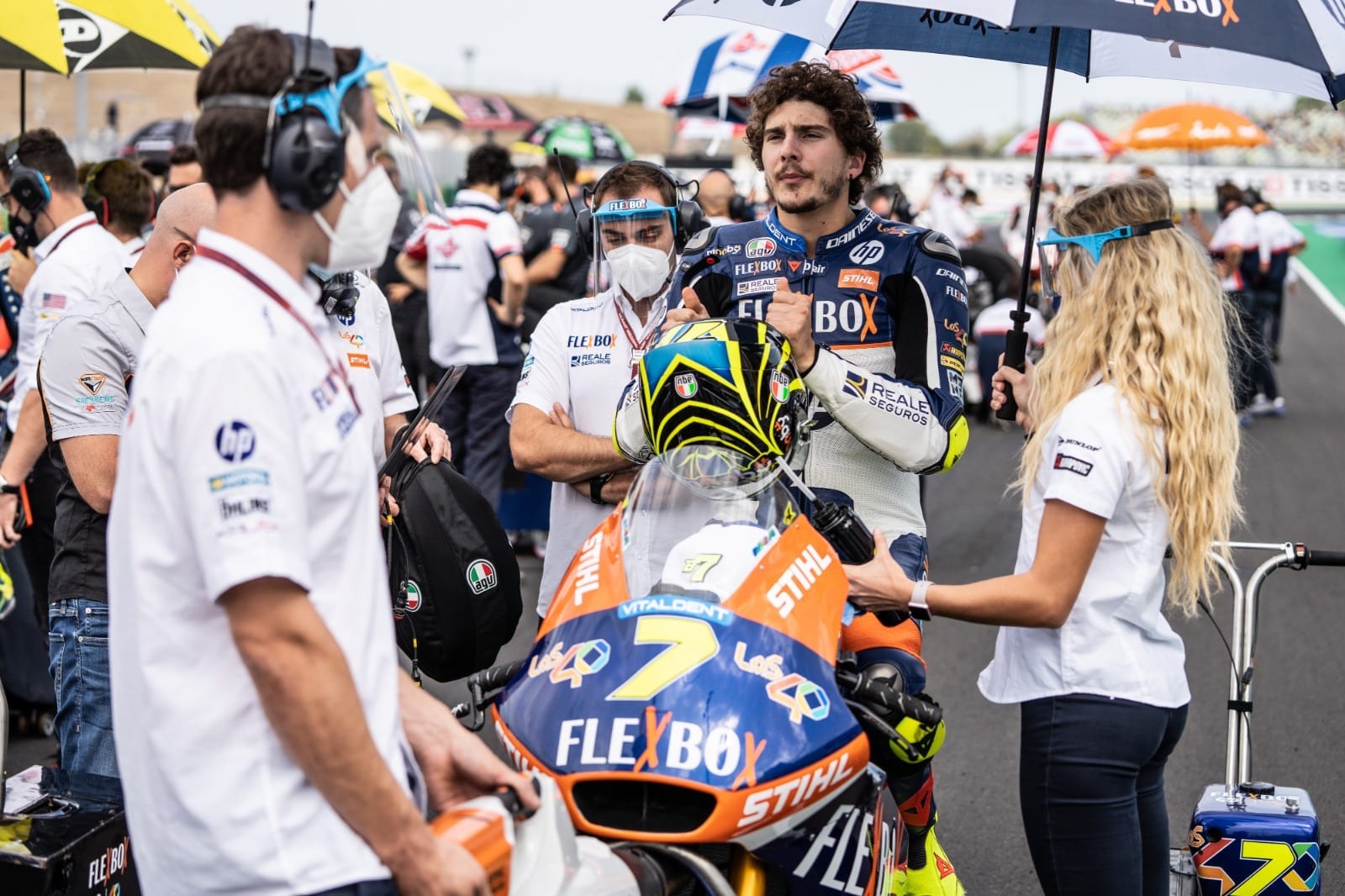 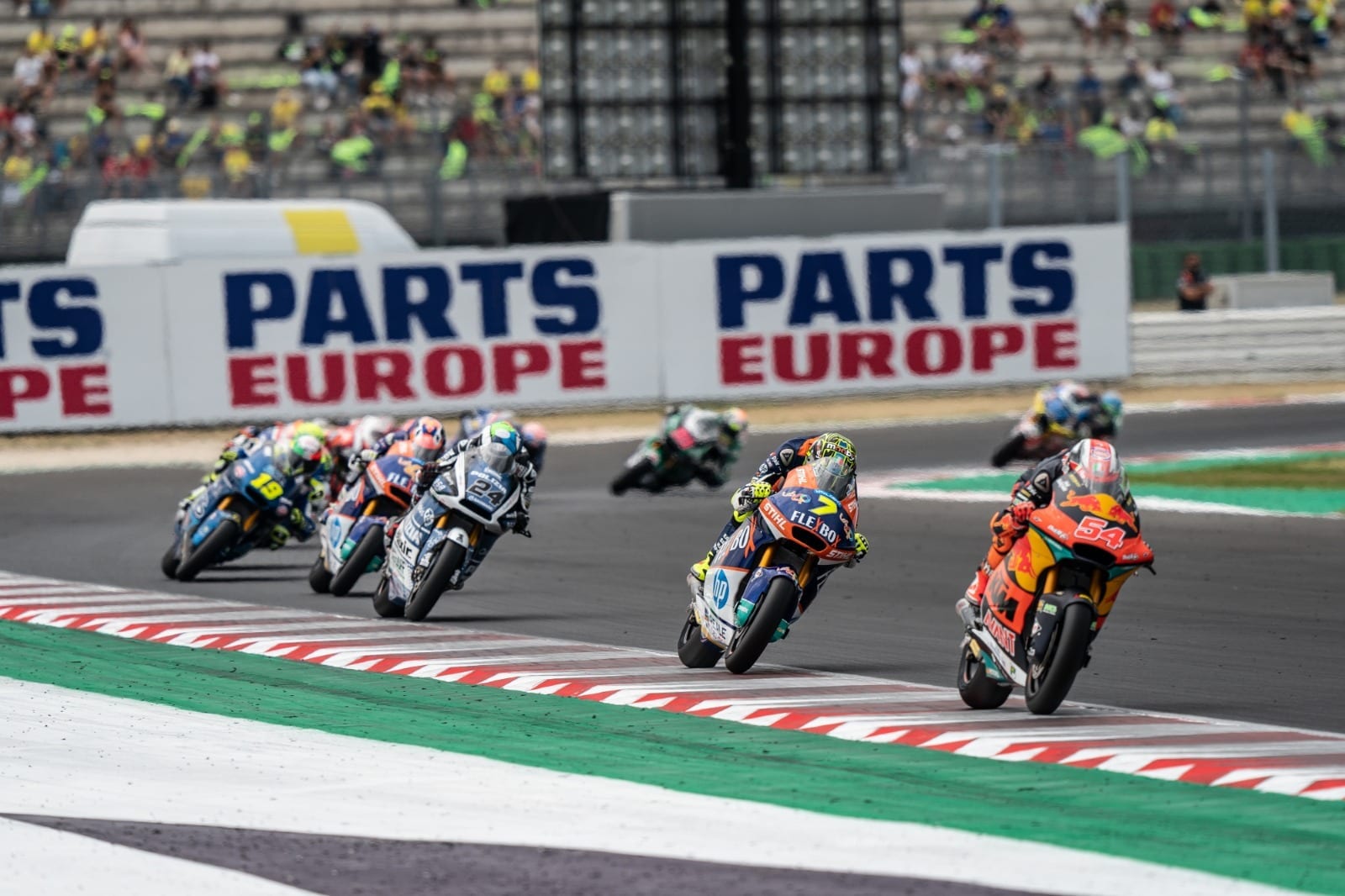 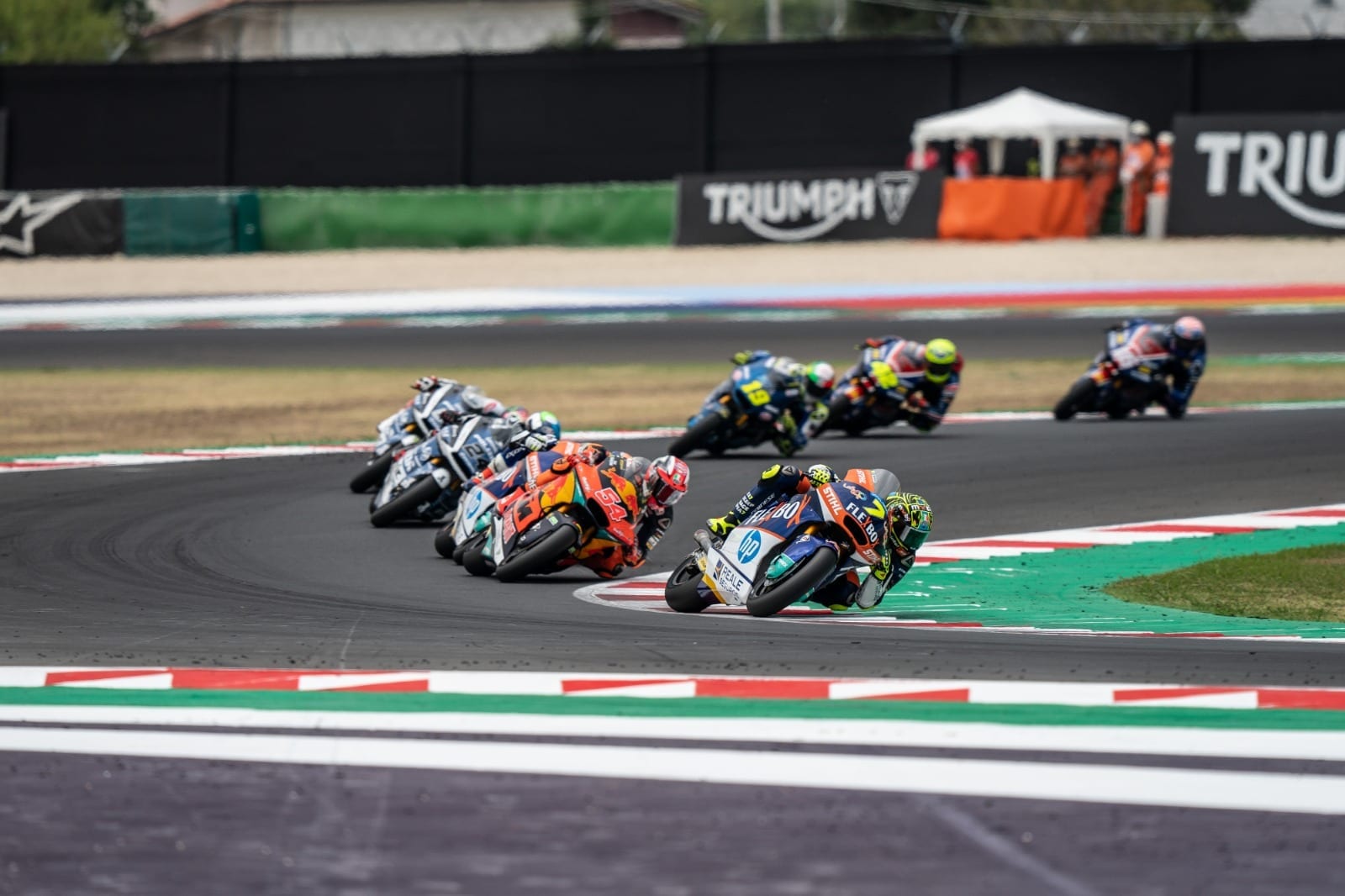 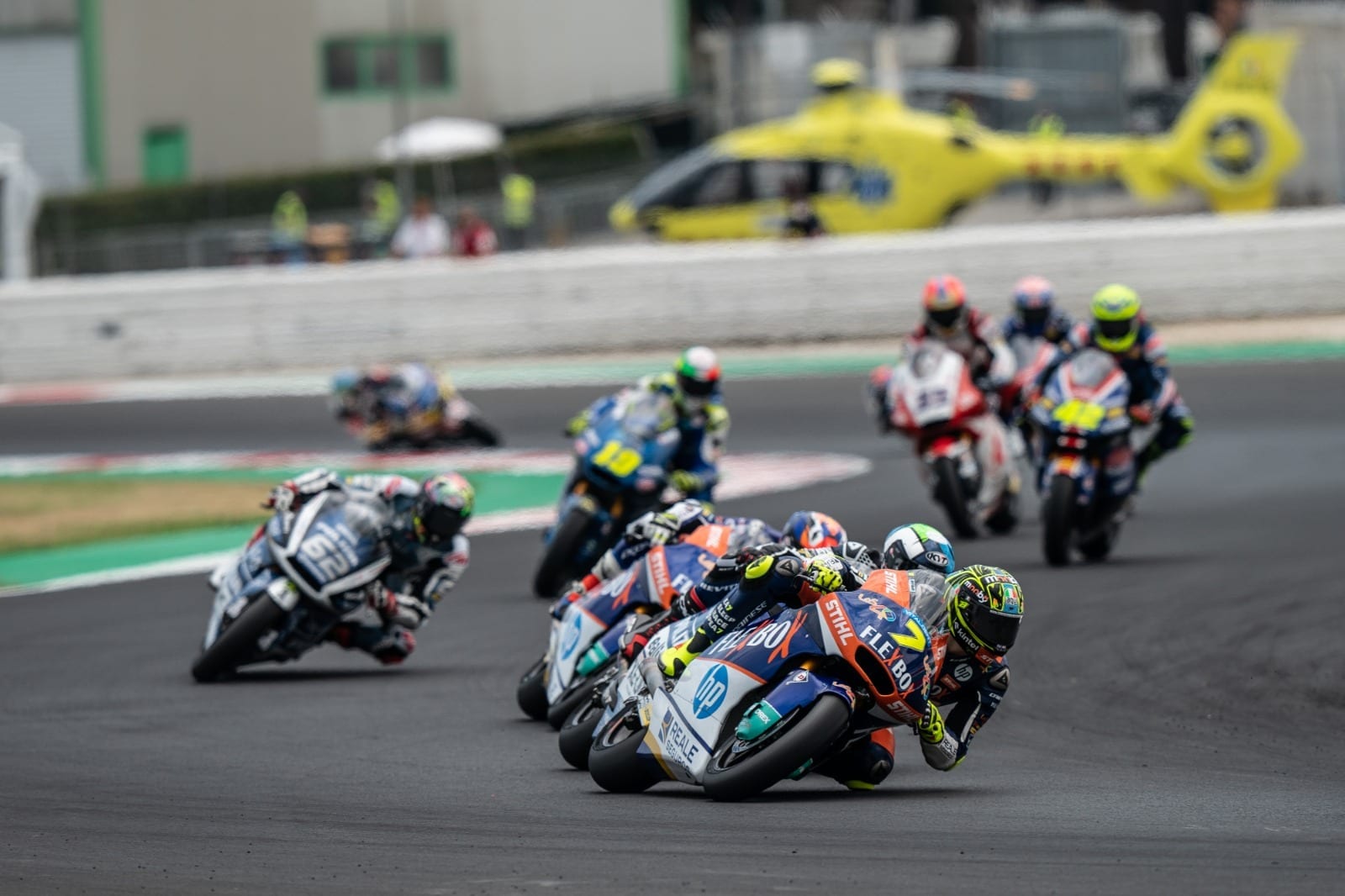 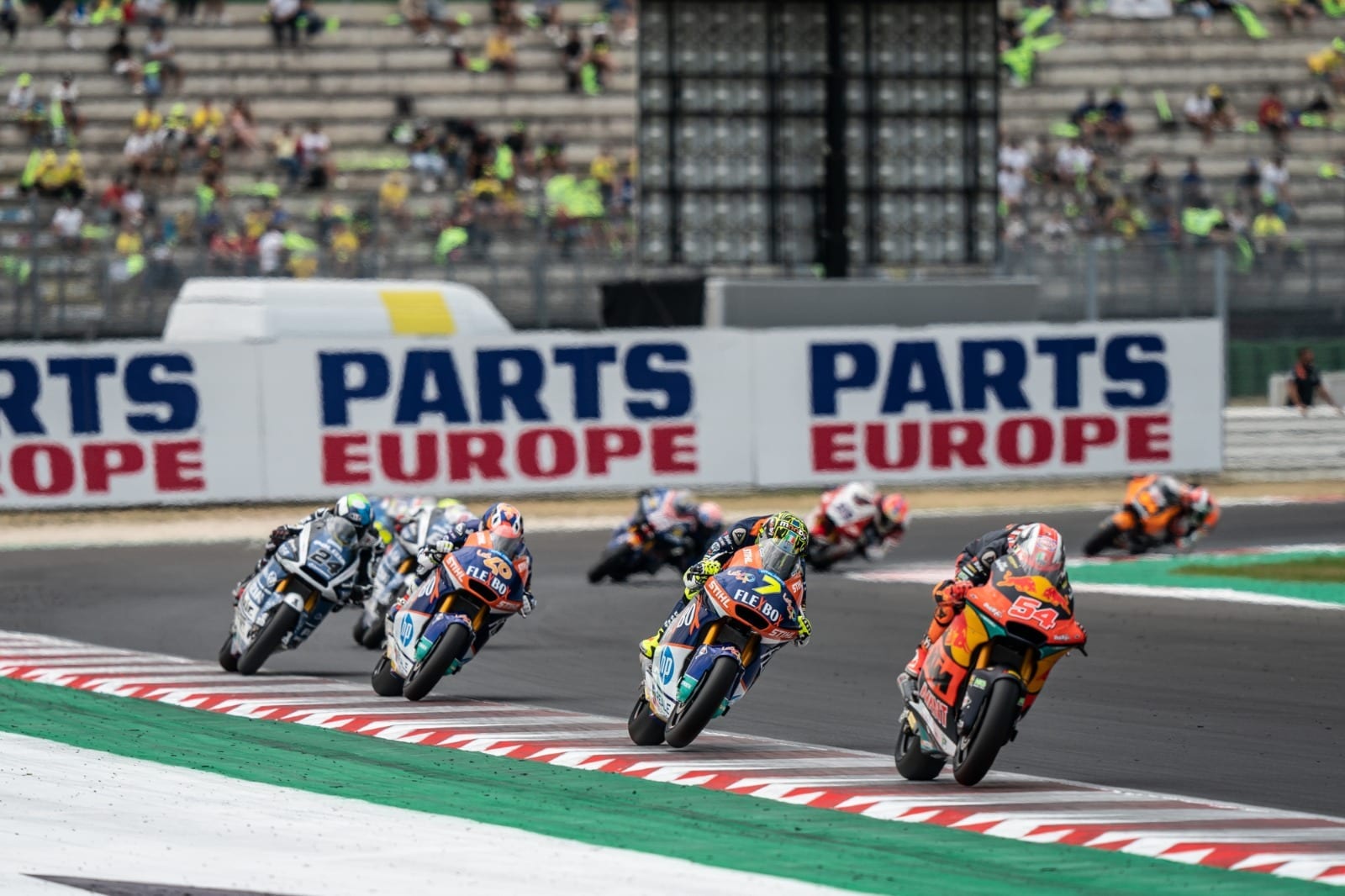 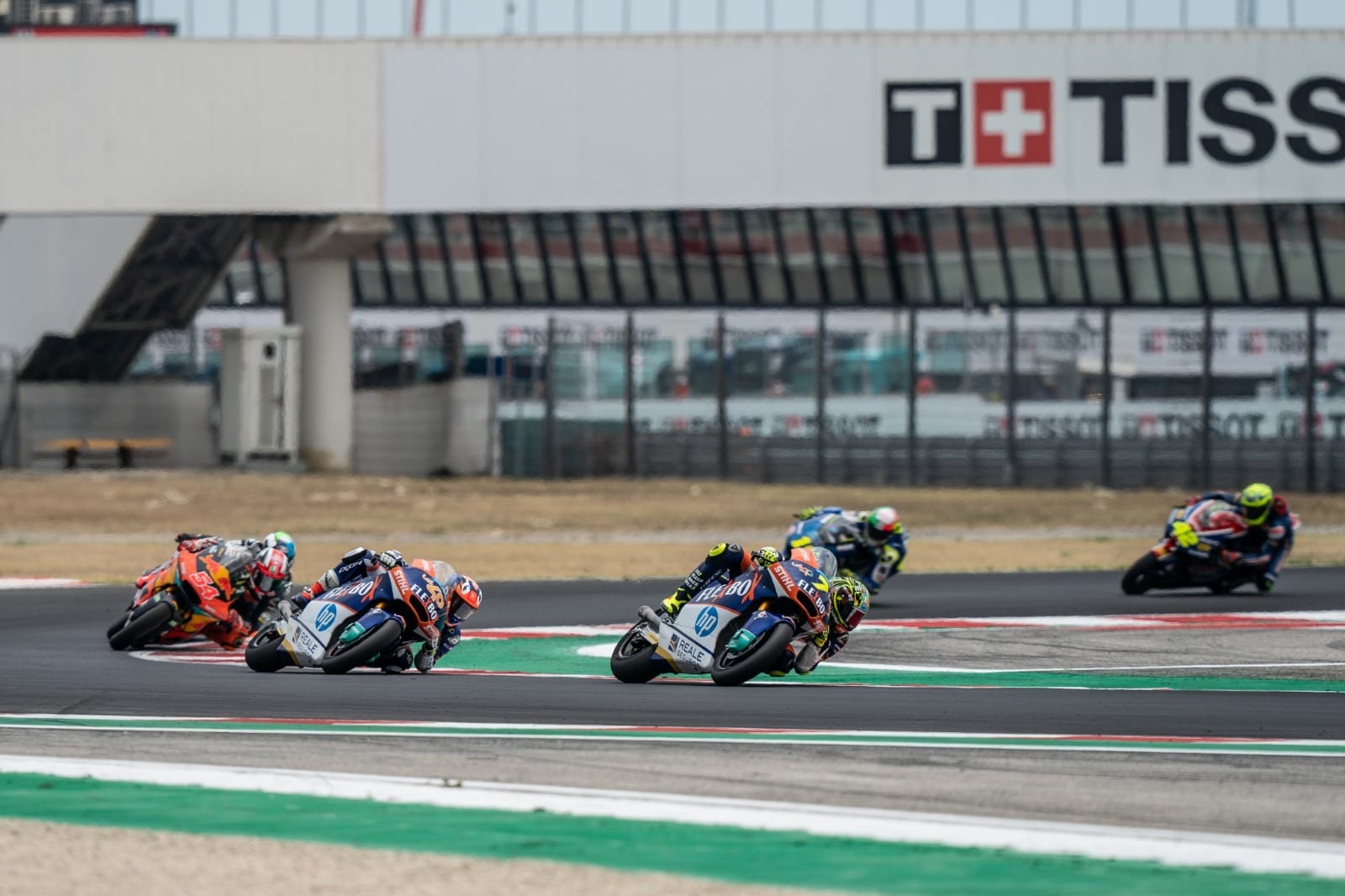 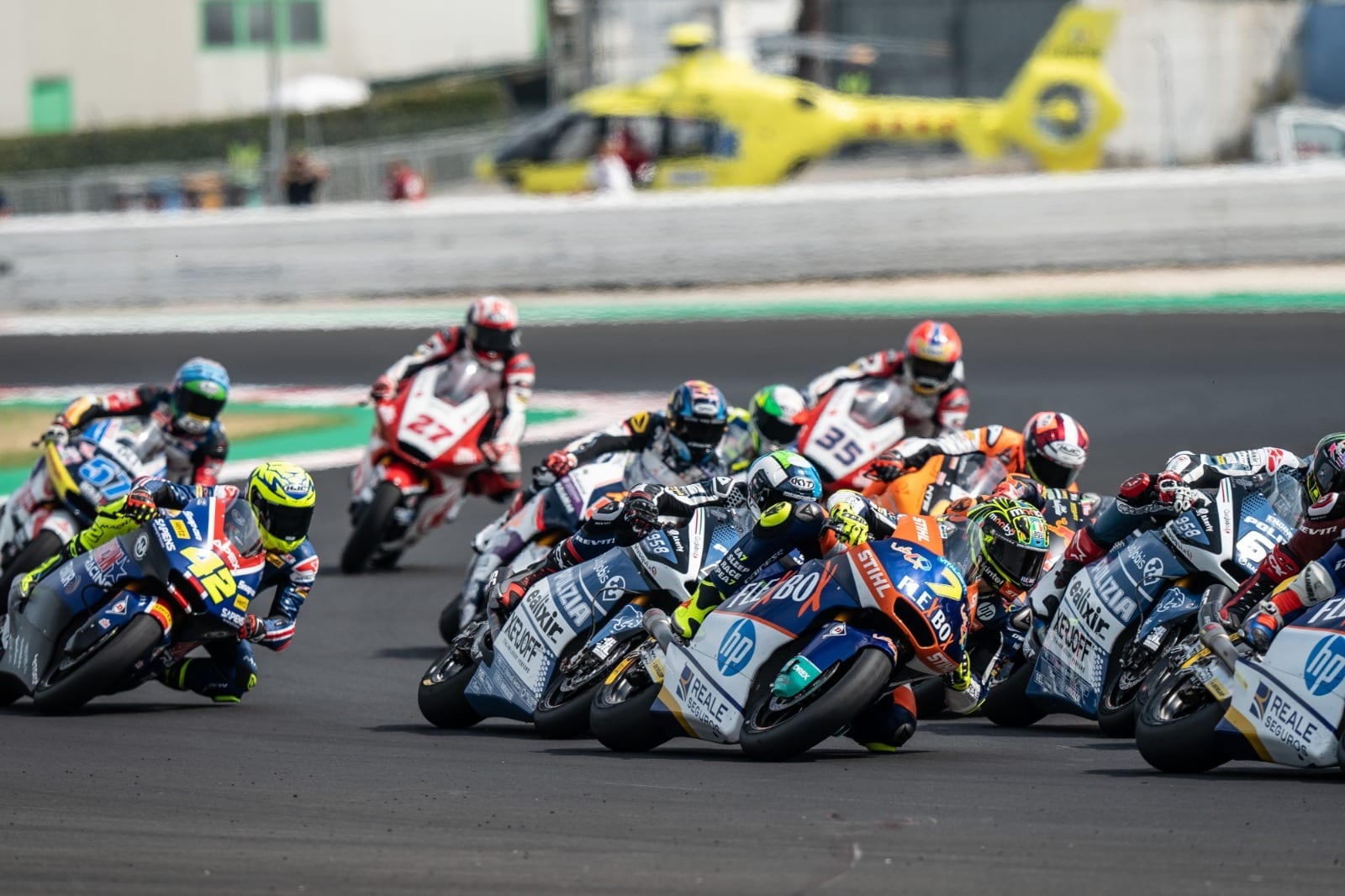 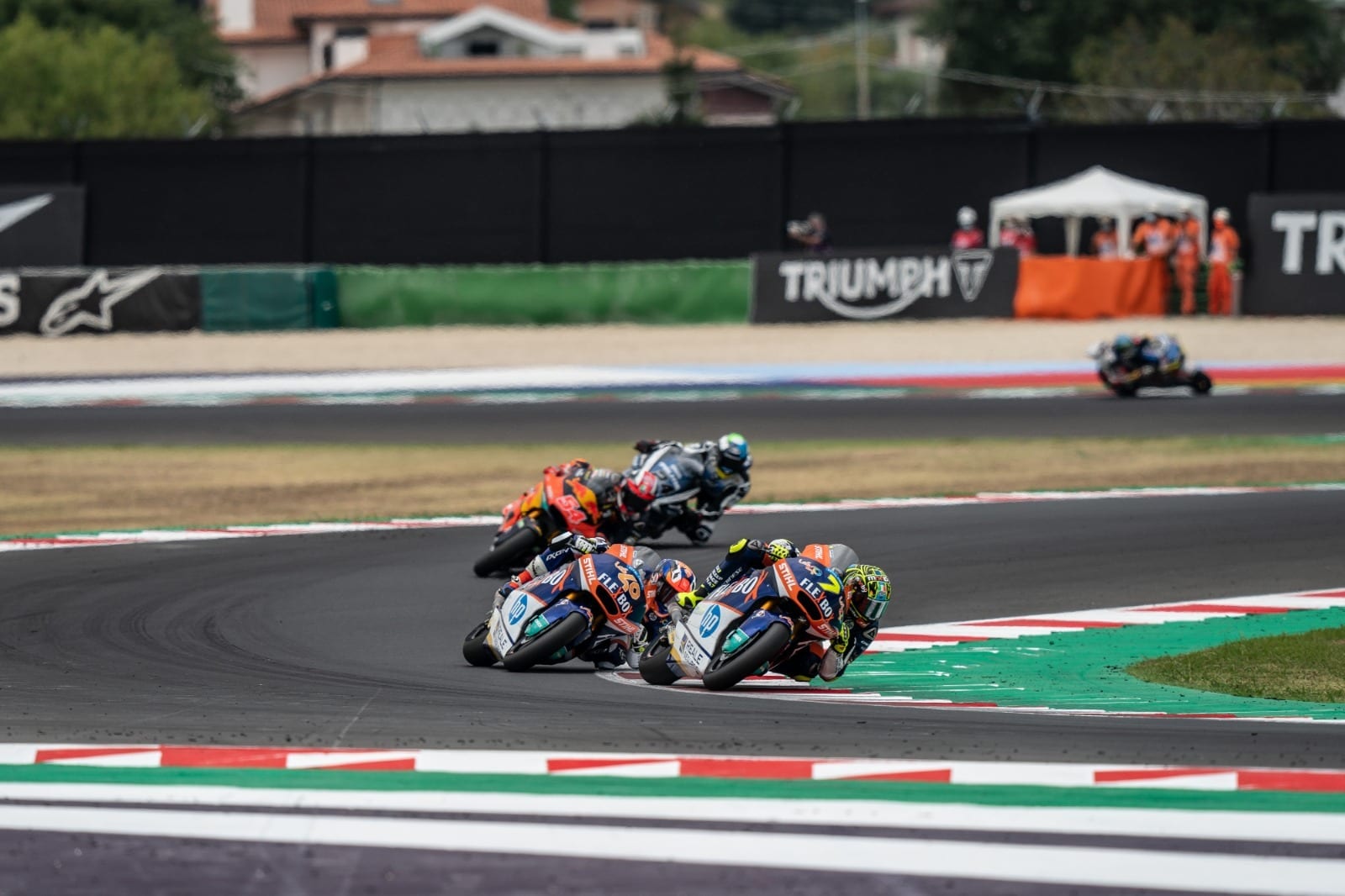 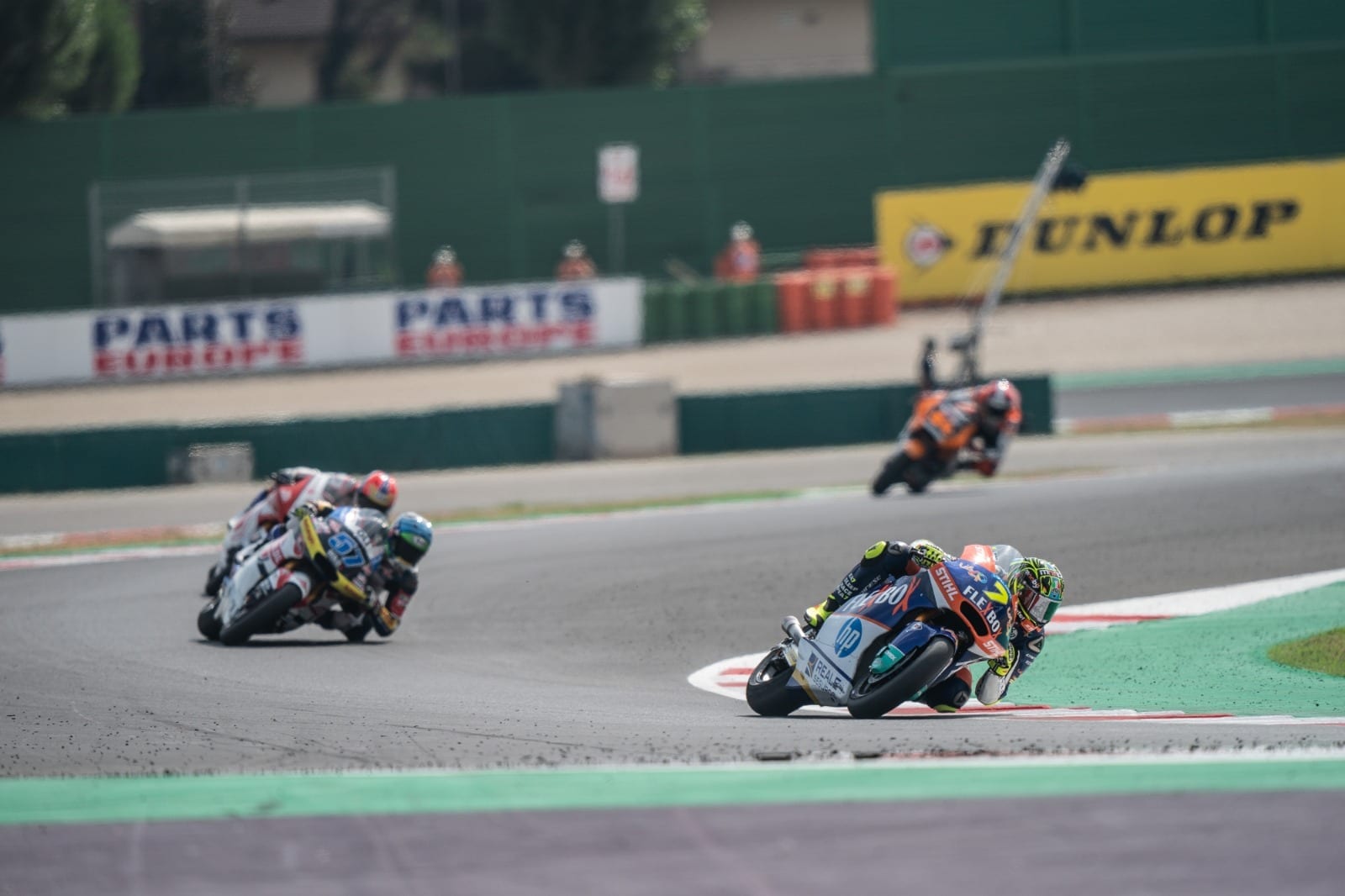 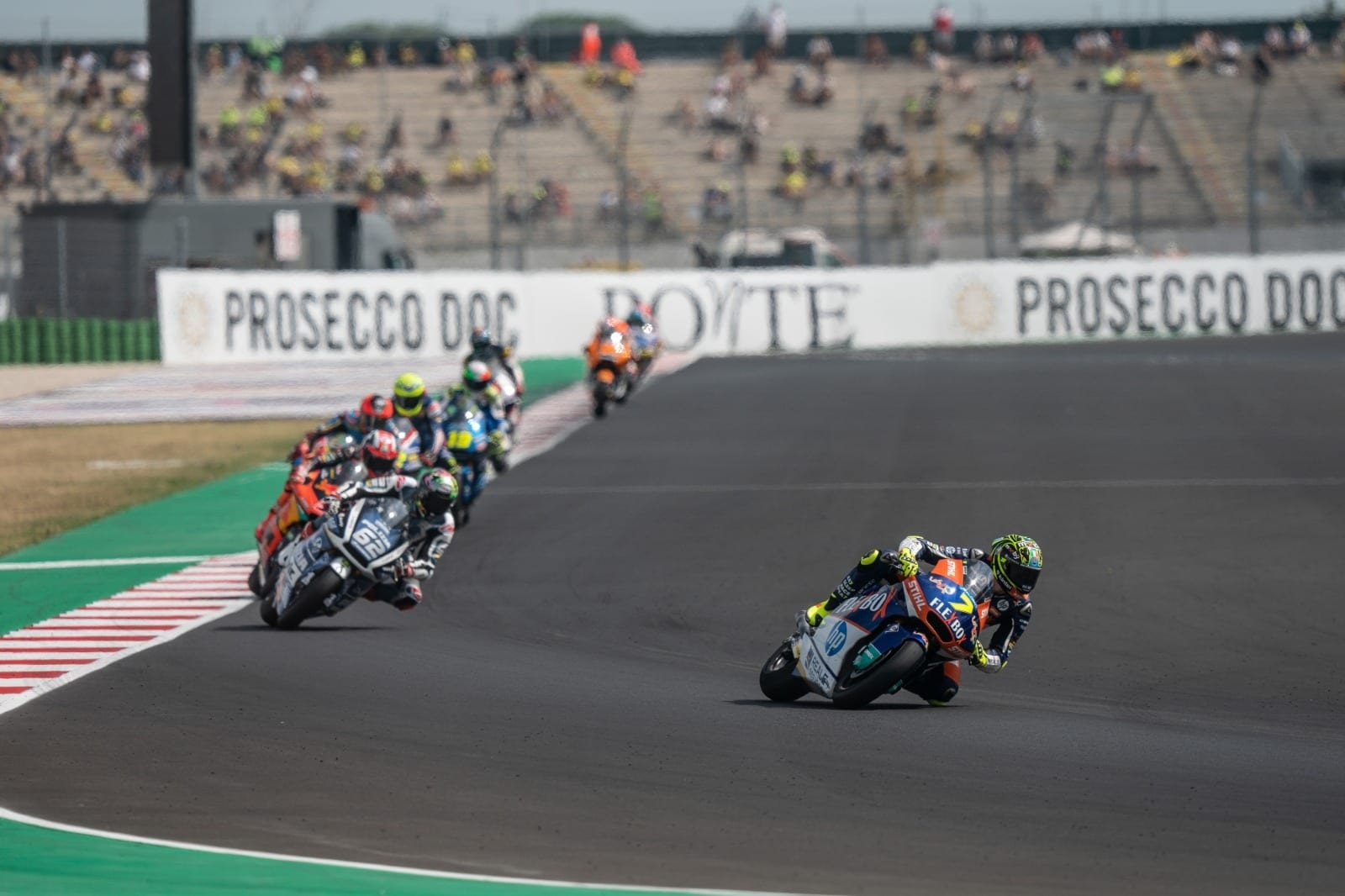 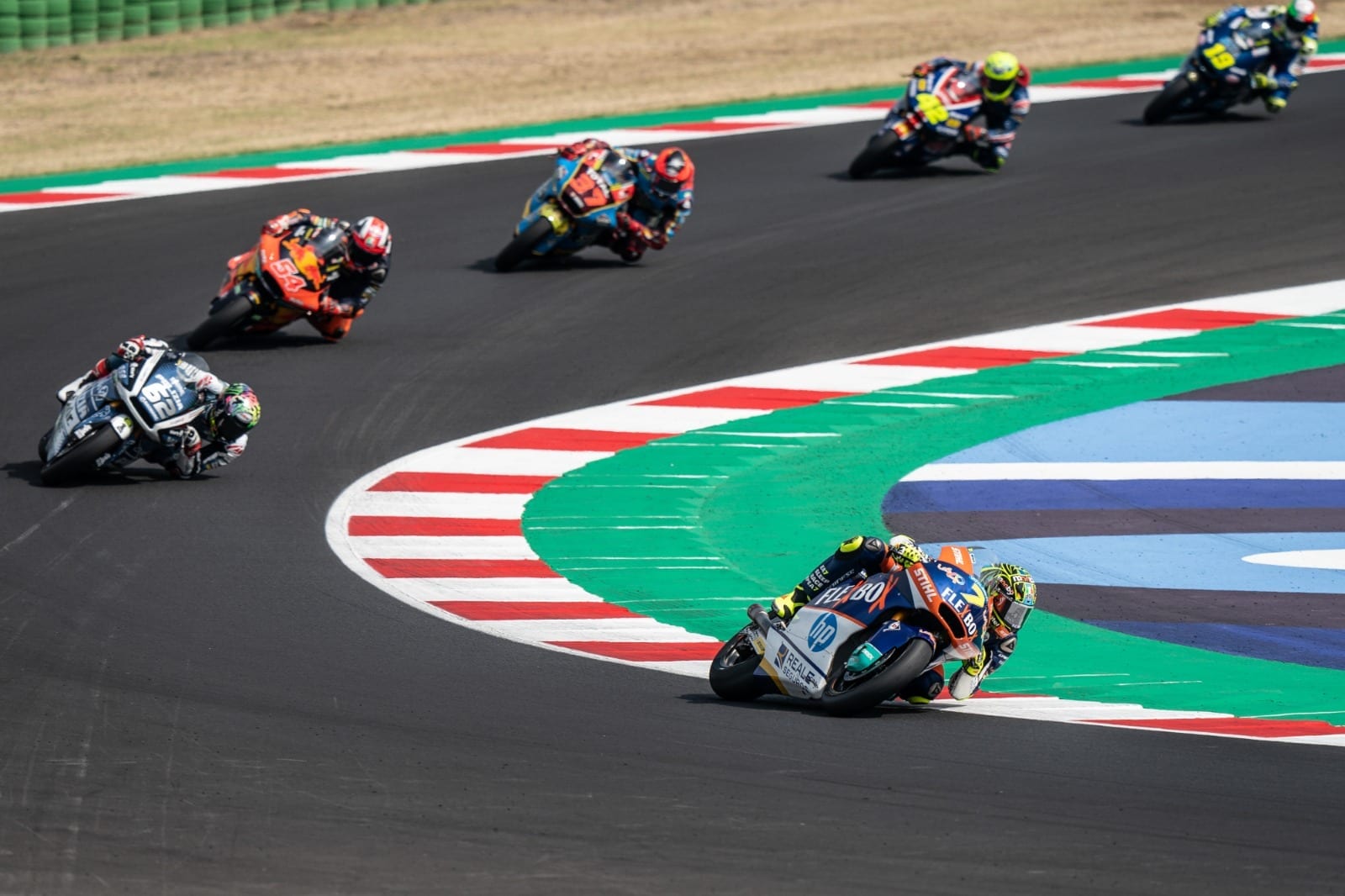 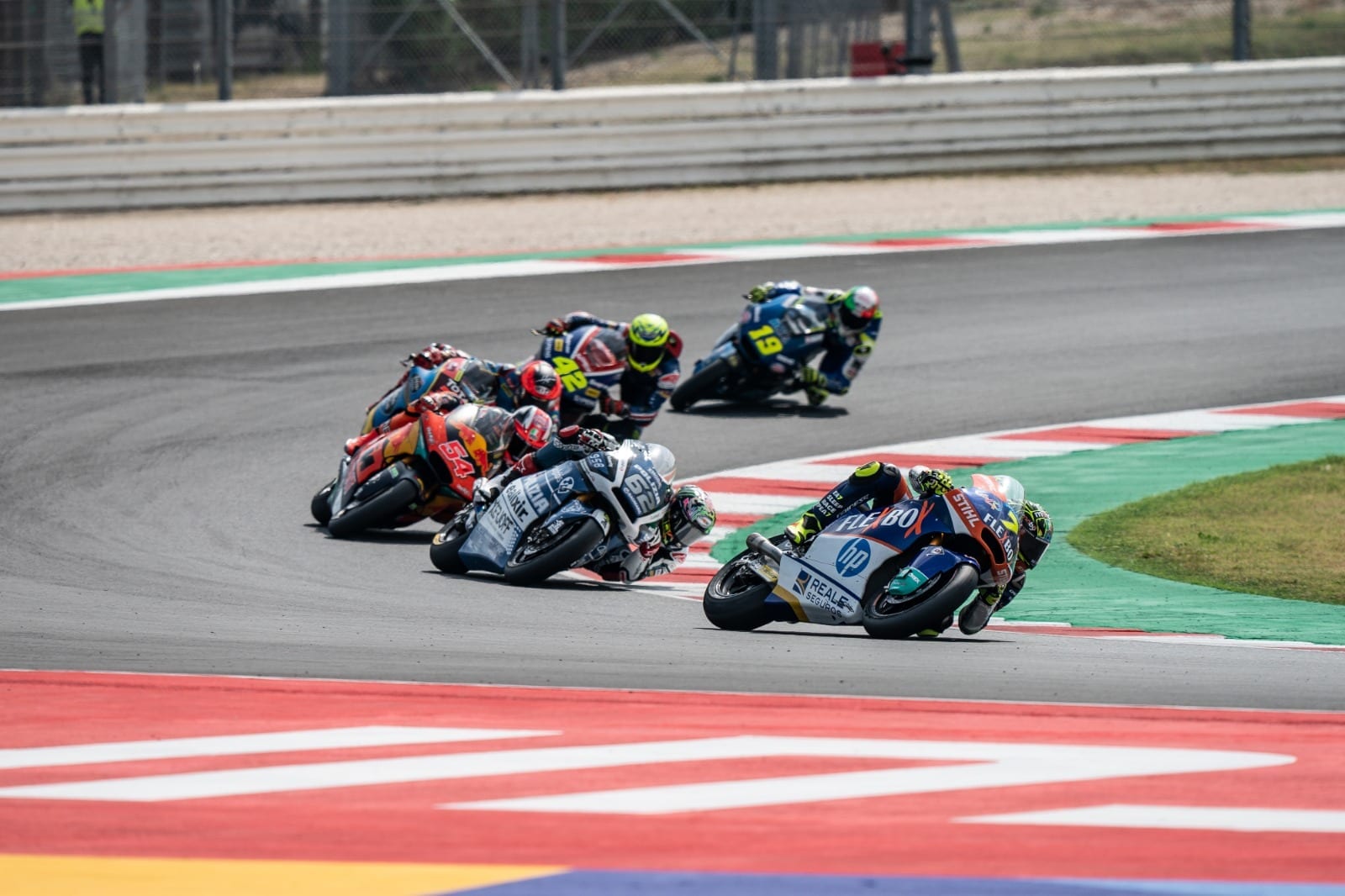 Unlucky race for Baldassarri, who suffers tyres problems at the Grand Prix of Emilia Romagna

A heart attack Sunday for the Moto2 category with the appearance of a timid rain that forced the race to be interrupted twice.
After a not very good start, Baldassarri was recovering positions and was already in the points area when the red flag appeared due to rain. The race direction then decided on a sprint race, only 10 laps away, and when everything was ready to start again, the rain reappeared, forcing the start to be delayed again. Finally, after a few minutes, they were able to start and Baldassarri came out confident on confirming the good feelings of the first race.
The FlexBox HP 40 rider mounted the soft tire which was destroyed three laps after starting, when he was running in the points area. Far from abandoning, Baldassarri has crossed the finish line in twenty-fifth position.

Lorenzo Baldassarri, 25th, +25.587
“Today was a real shame. In the race we destroyed the tire and we couldn’t do anything. We had a good weekend, working a lot on the rhythm and ending up with problems like this is a pity. In the first race I started well and I was coming back, I felt comfortable. In the second race we chose the soft tire and it didn’t work at all. By the third lap it was already destroyed and I had to slow down. A difficult race and it’s a pity but we are taking the right steps, I trust the team and myself and I am really looking forward to the next race.”