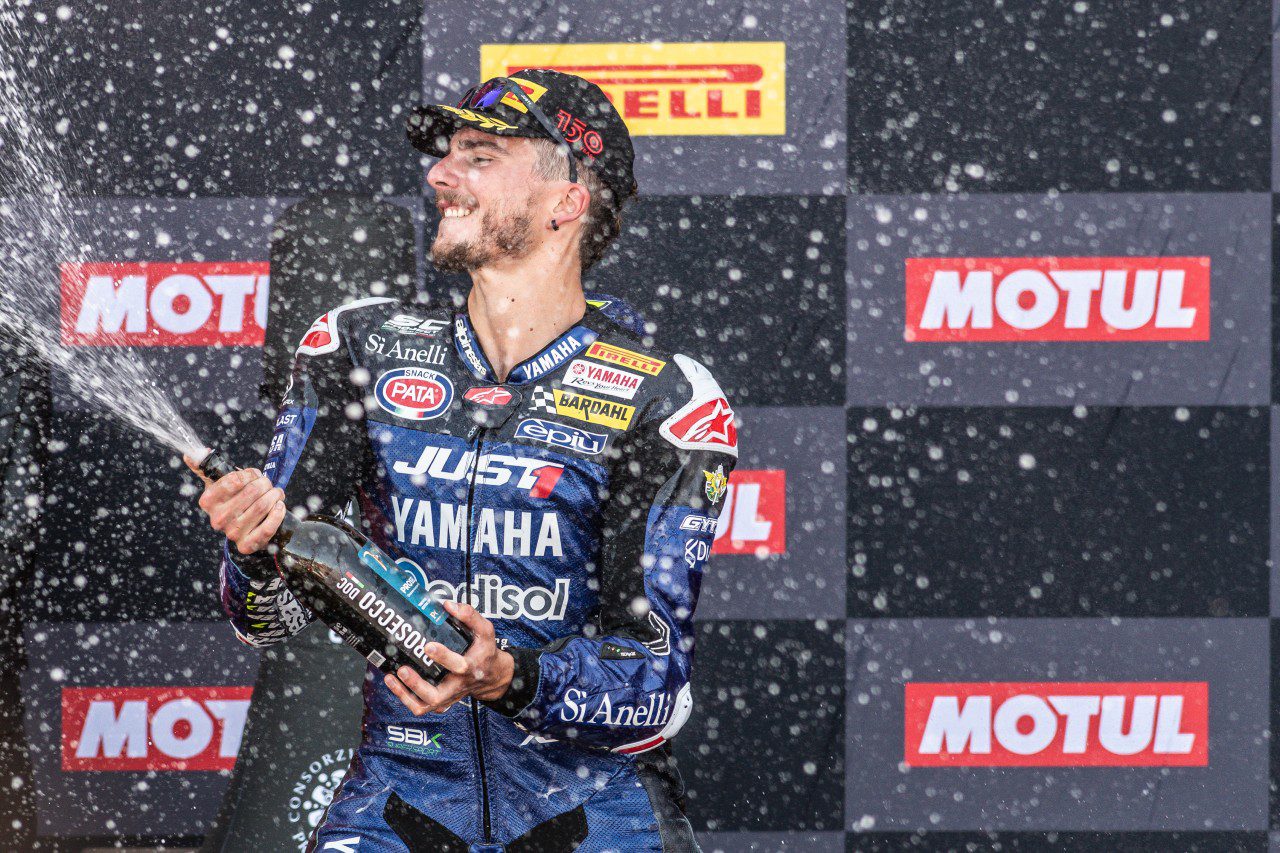 A prosecco taste Saturday for Balda who was able to celebrate a splendid second place.

In the morning the Superpole was staged. Balda put in ten laps, repeatedly attempting an attack on the front row, and at the end of the session obtained seventh place.

At 15.15 local time the traffic lights went out for Race 1, interrupted however by the red flag after a few corners due to Sebestyen’s crash, Lorenzo’s teammate and author of a highside, fortunately without consequences.
In the second start – with the race reduced to 12 laps – Baldassarri got off to a good start from seventh place, taking the lead during the second lap.
Over the next few laps Lorenzo managed to get away, tailed by Aegerter, who passed him with five laps to go. Balda tenaciously kept in his rival’s slipstream until the final lap, trying to mount an attack but having to settle for a still excellent second place, taking his eighth podium finish of the season.

“It was a great race. Starting 7th I was a little worried, also because of the reduced number of laps, but luckily everything went well. It’s just a shame about the last lap: I tried to push to attack Aegerter, but unfortunately a mistake in turn four forced me to settle. Tomorrow we can have a good race, so I’m very excited“. 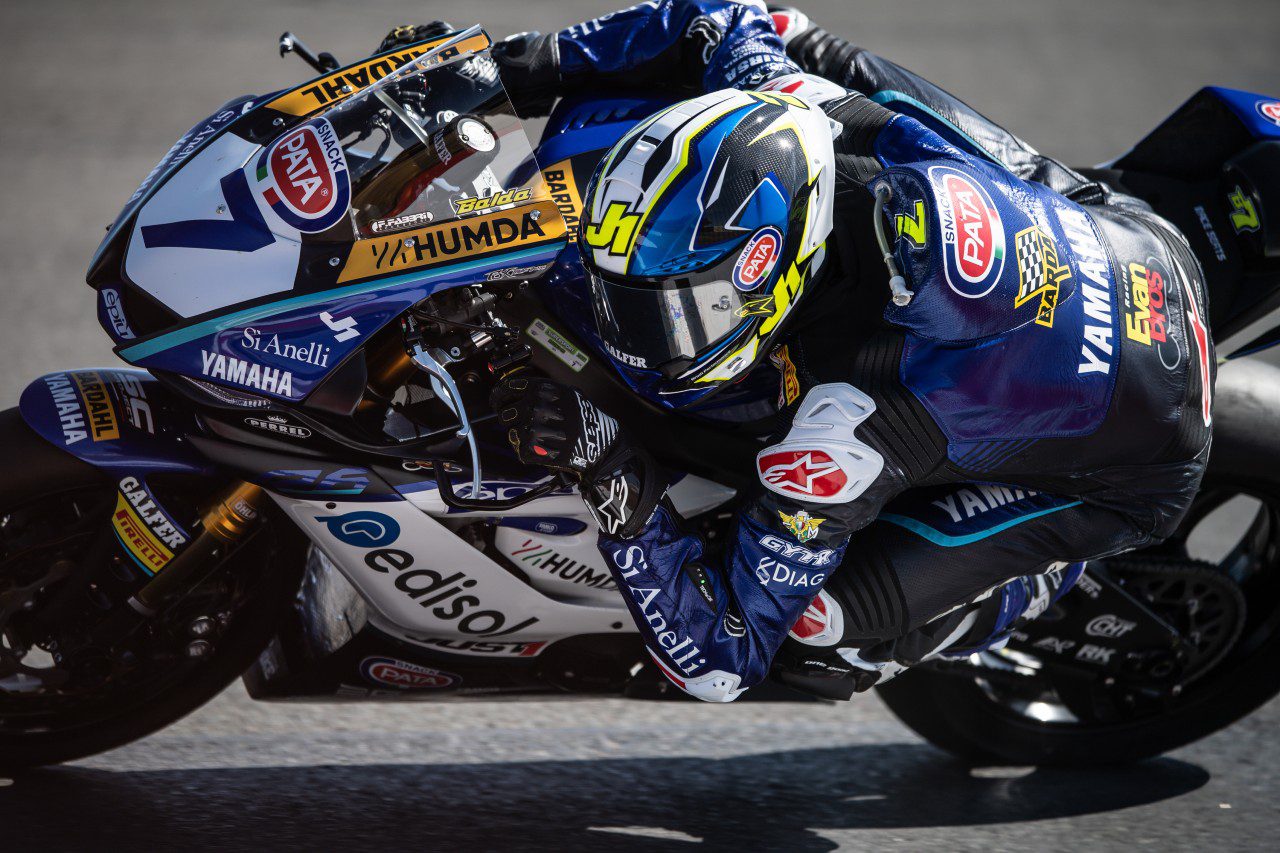 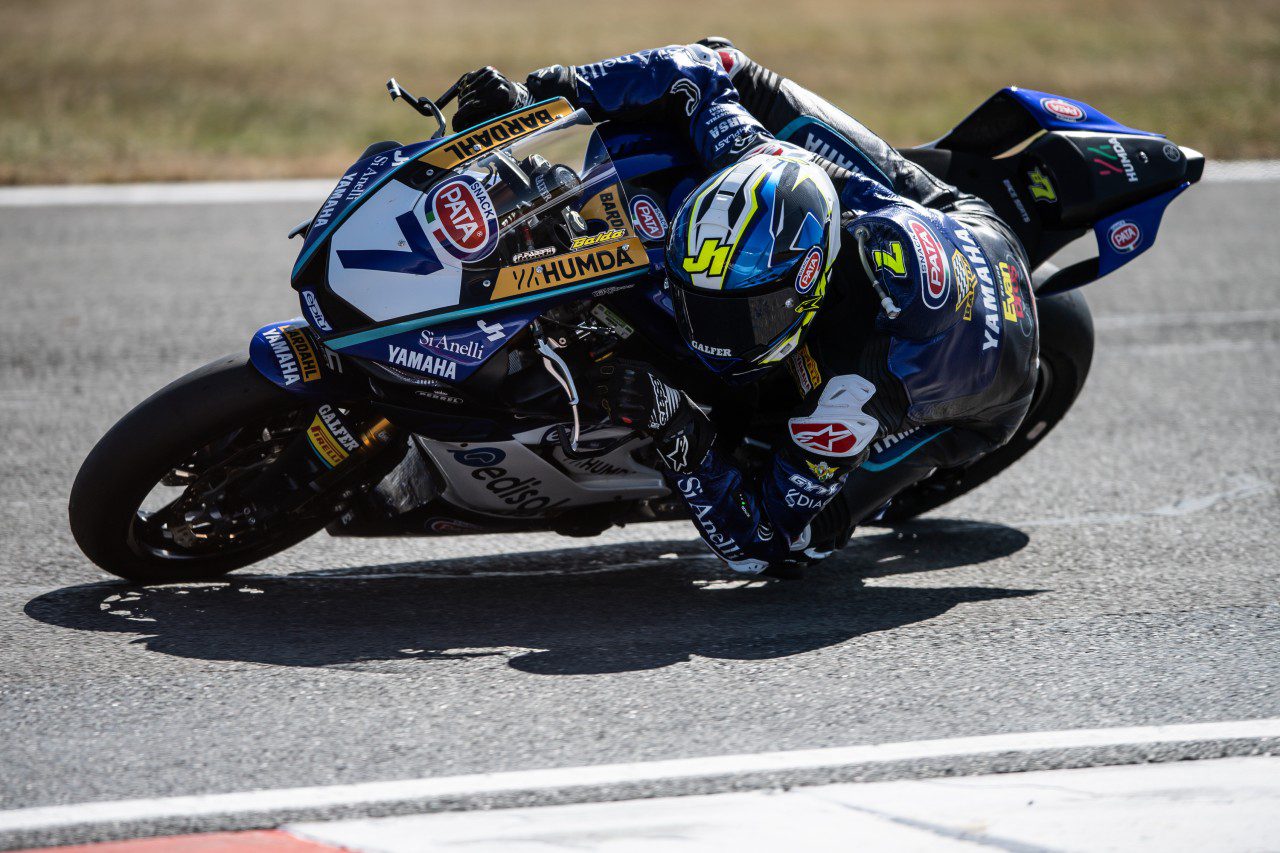 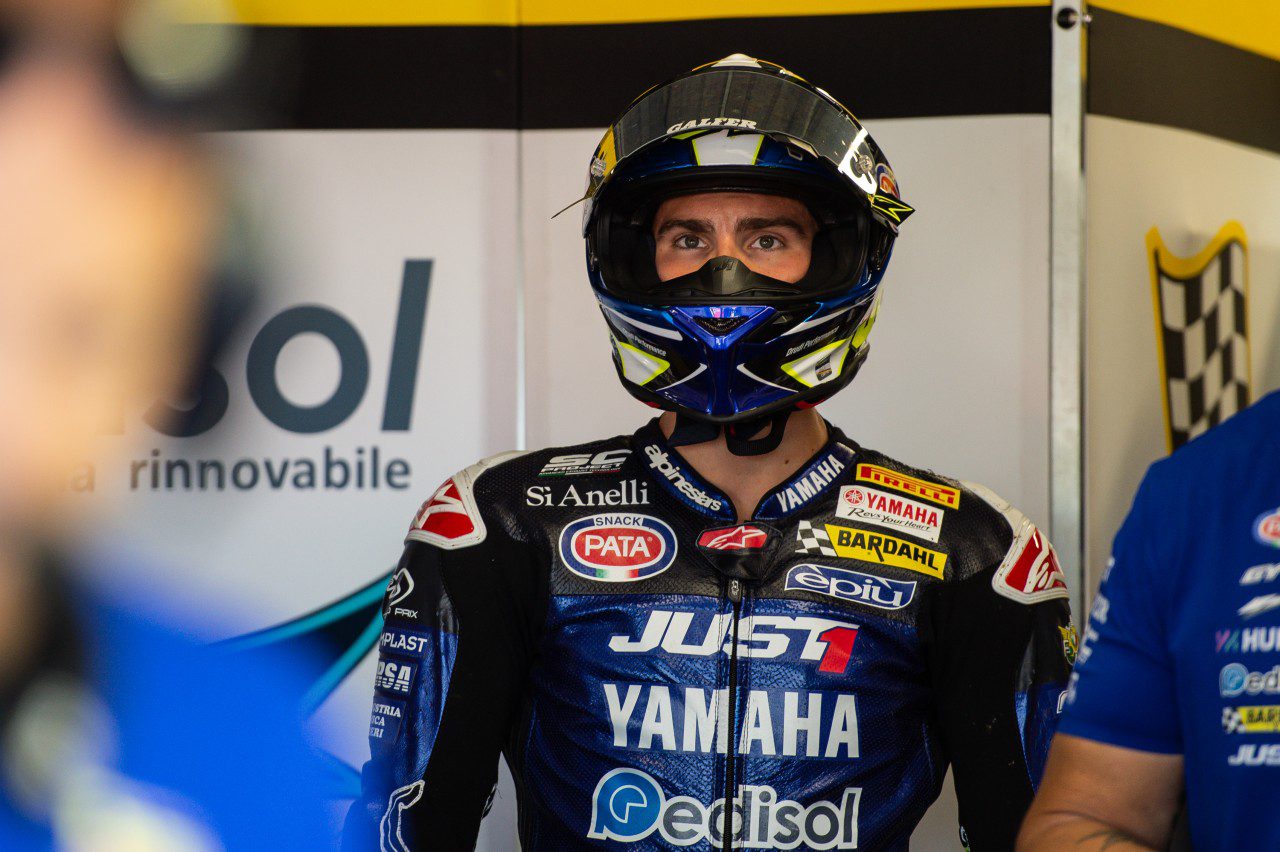 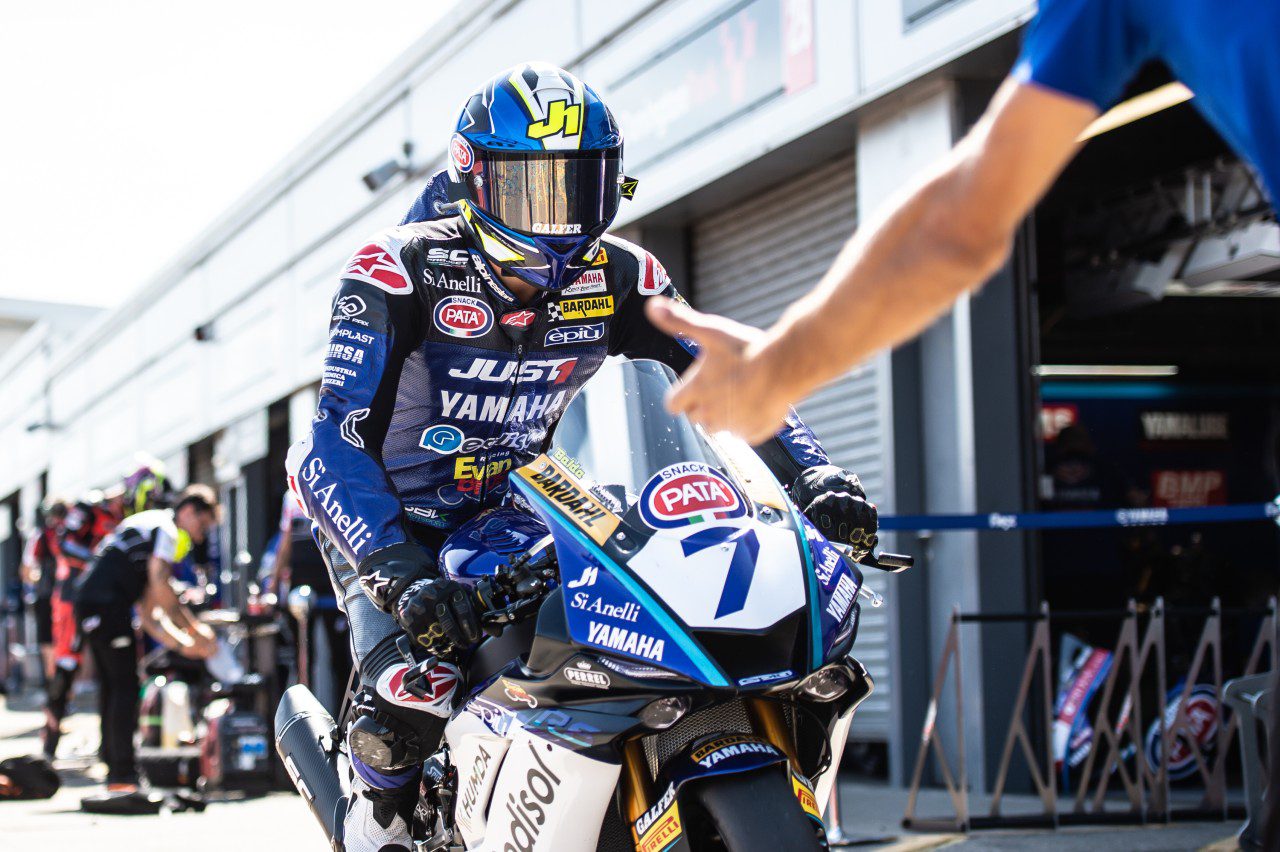 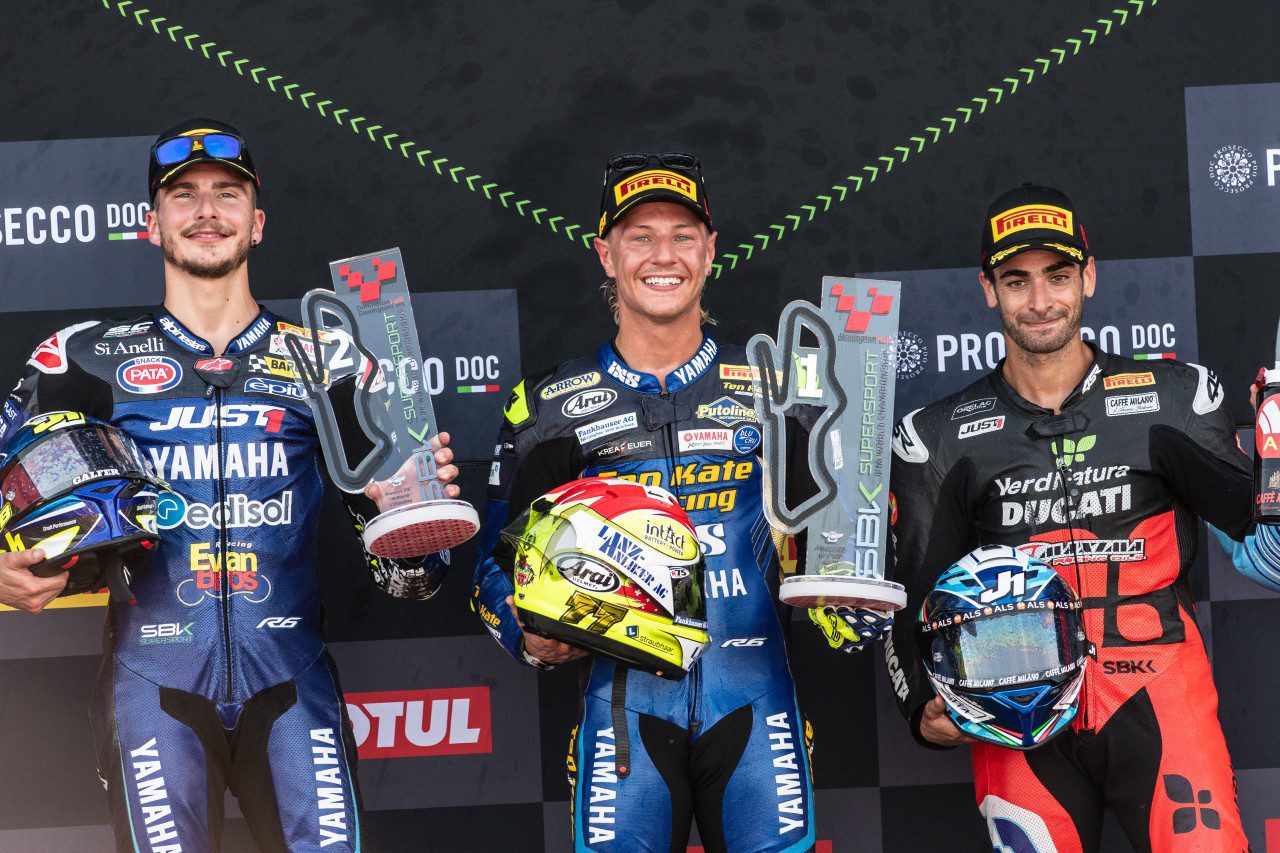 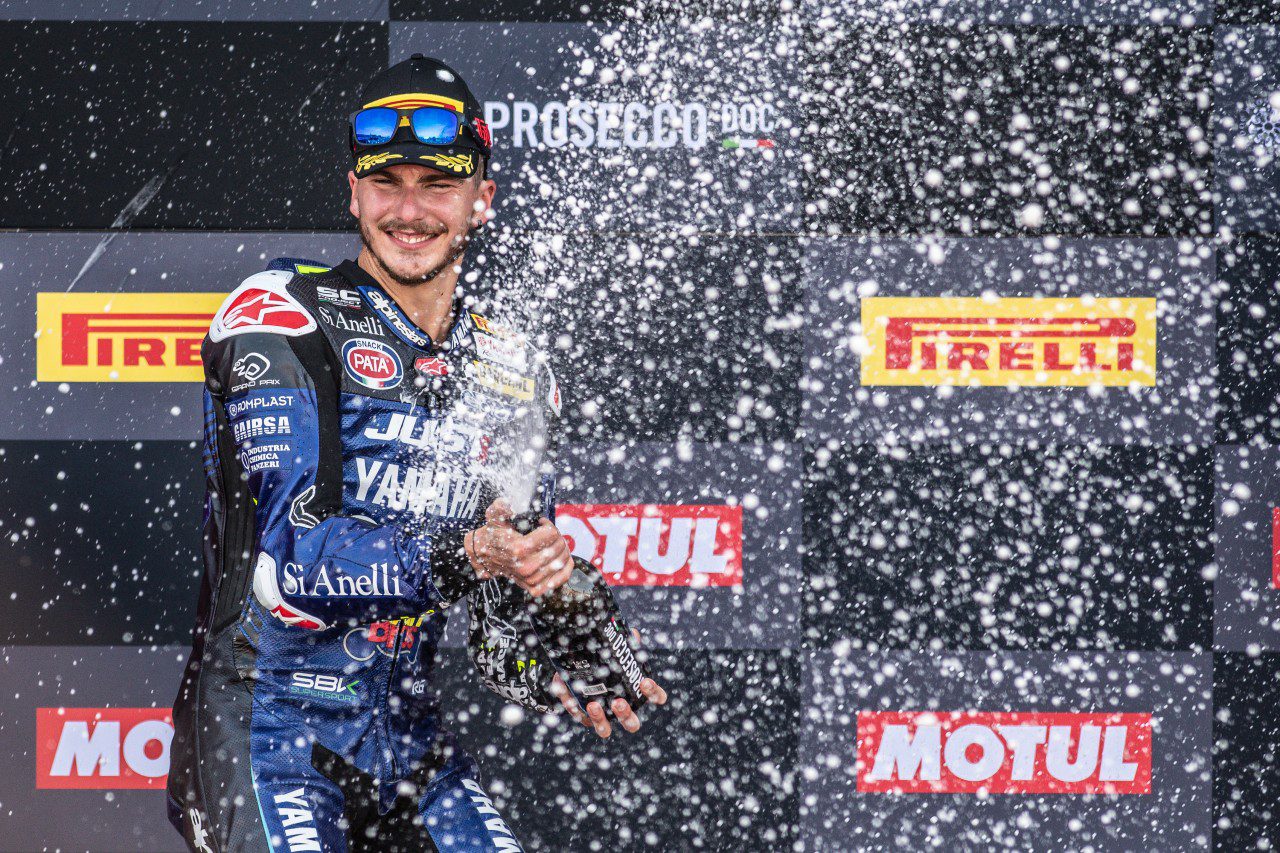