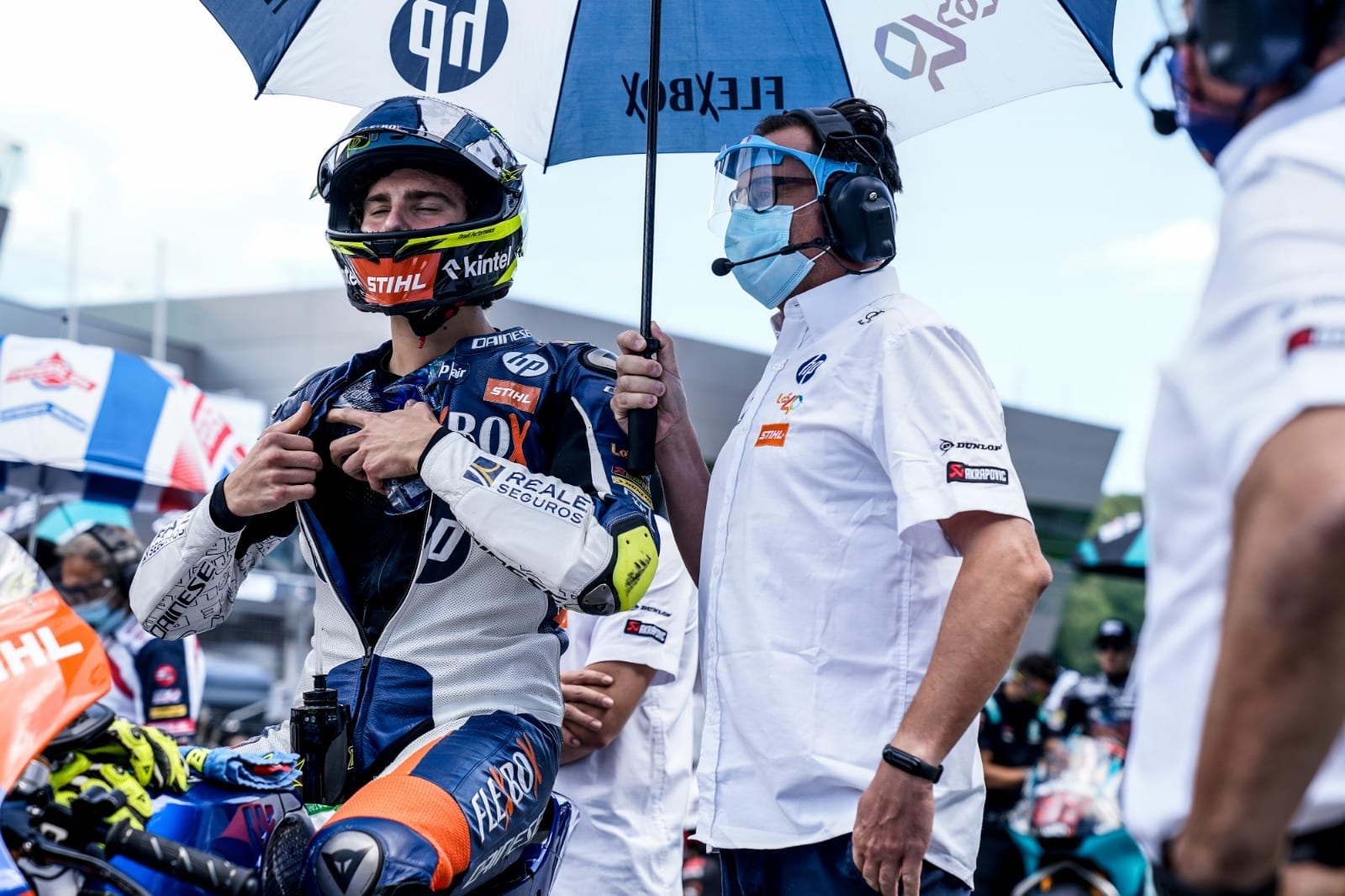 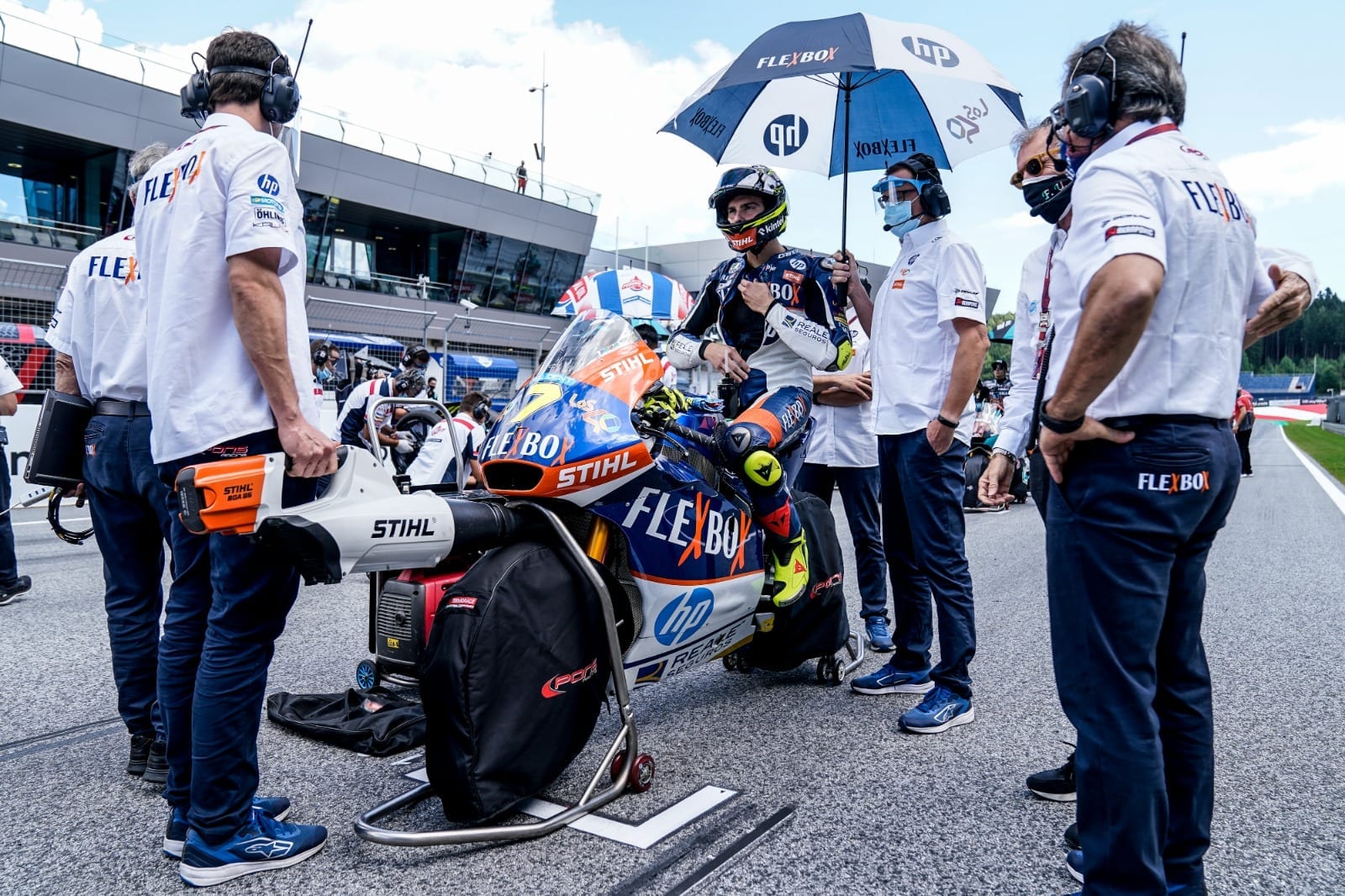 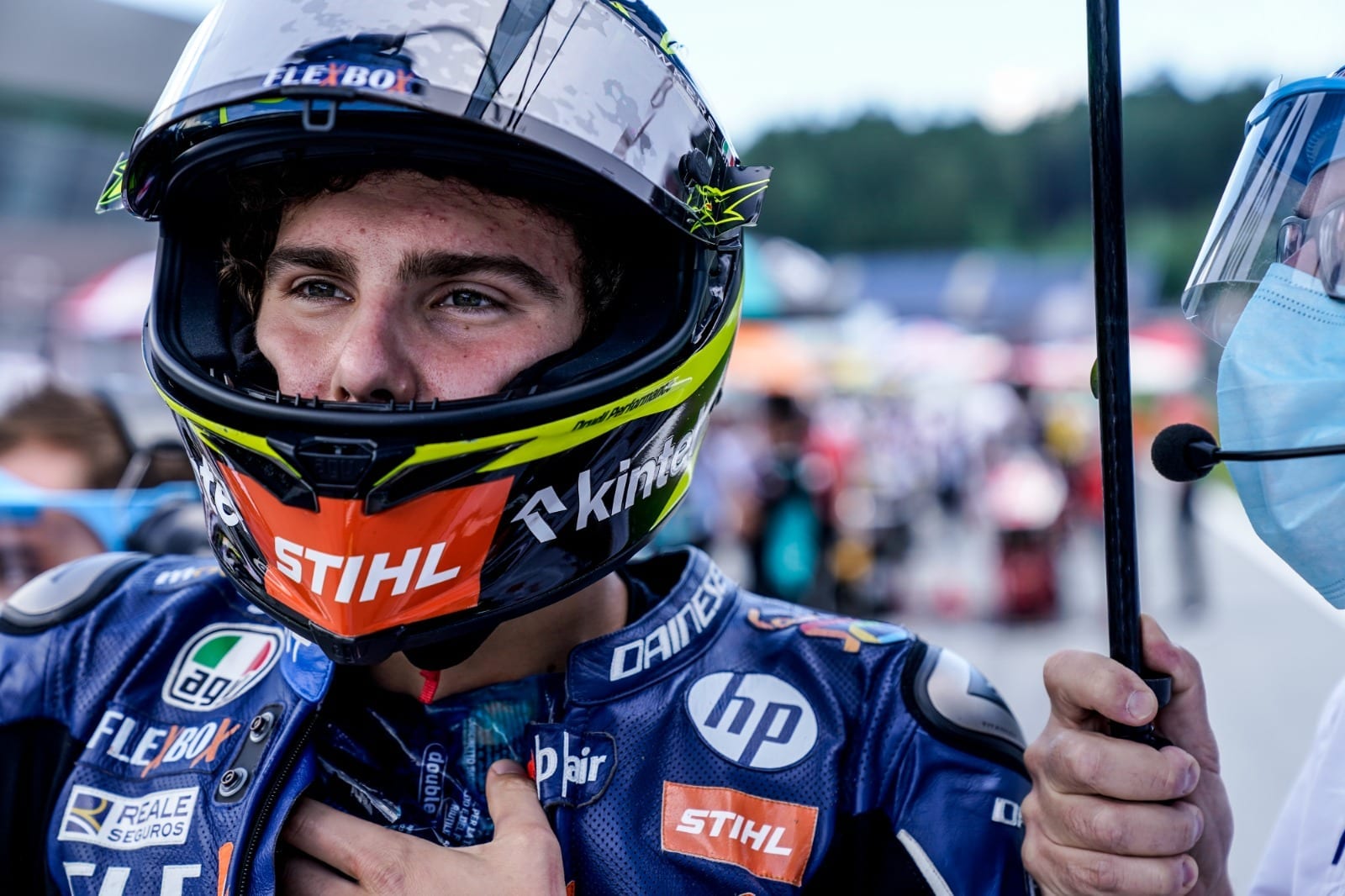 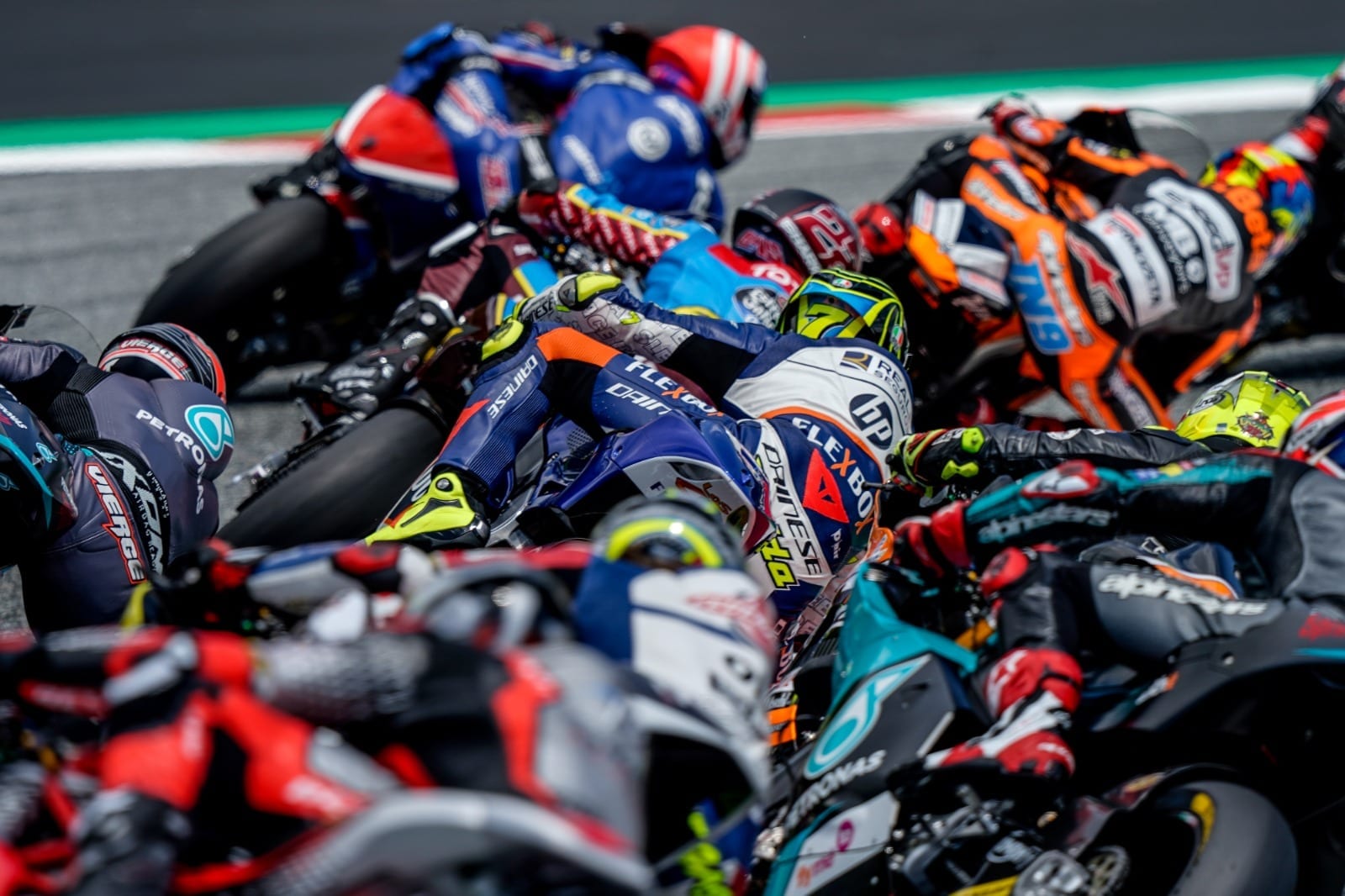 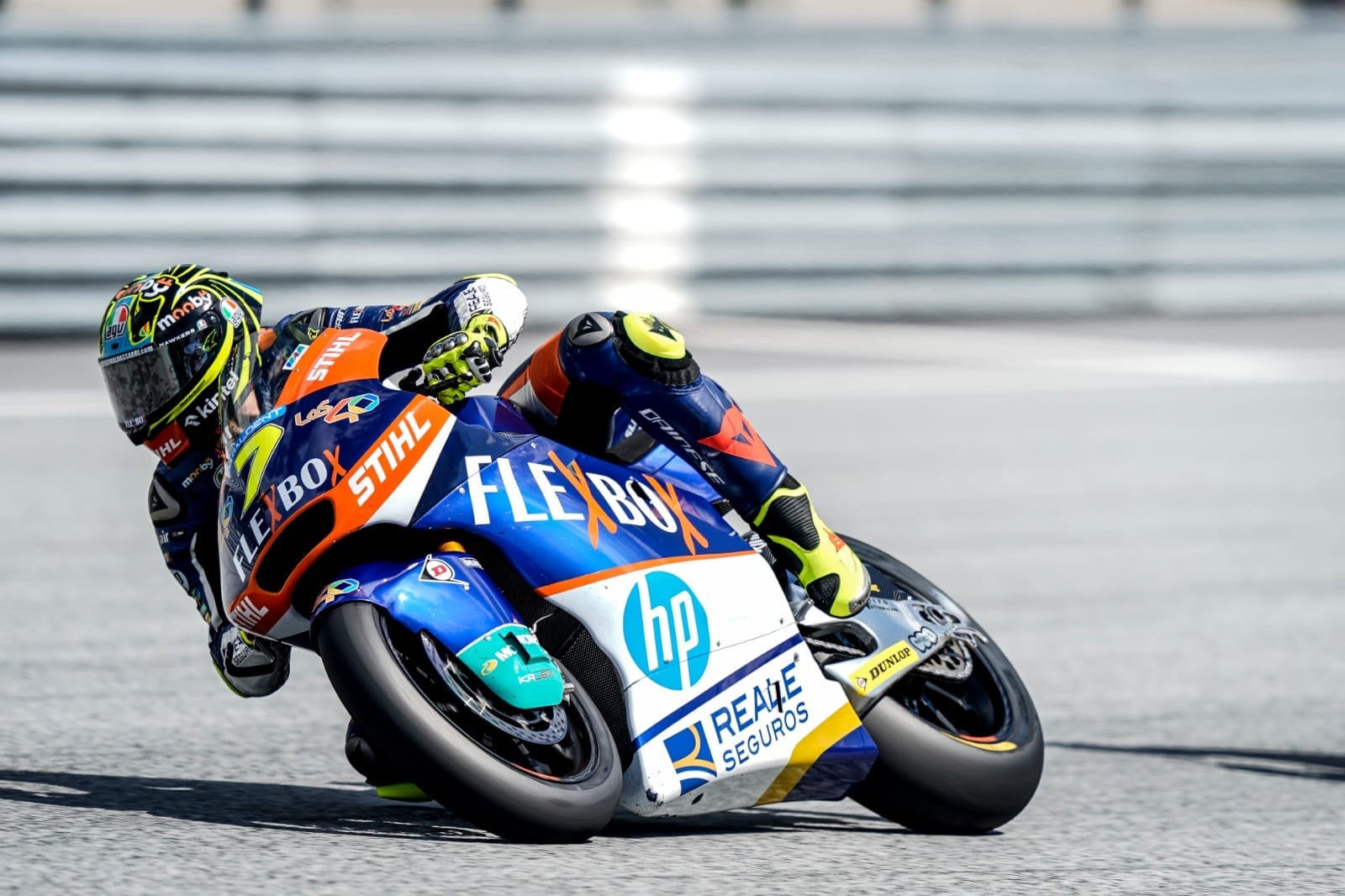 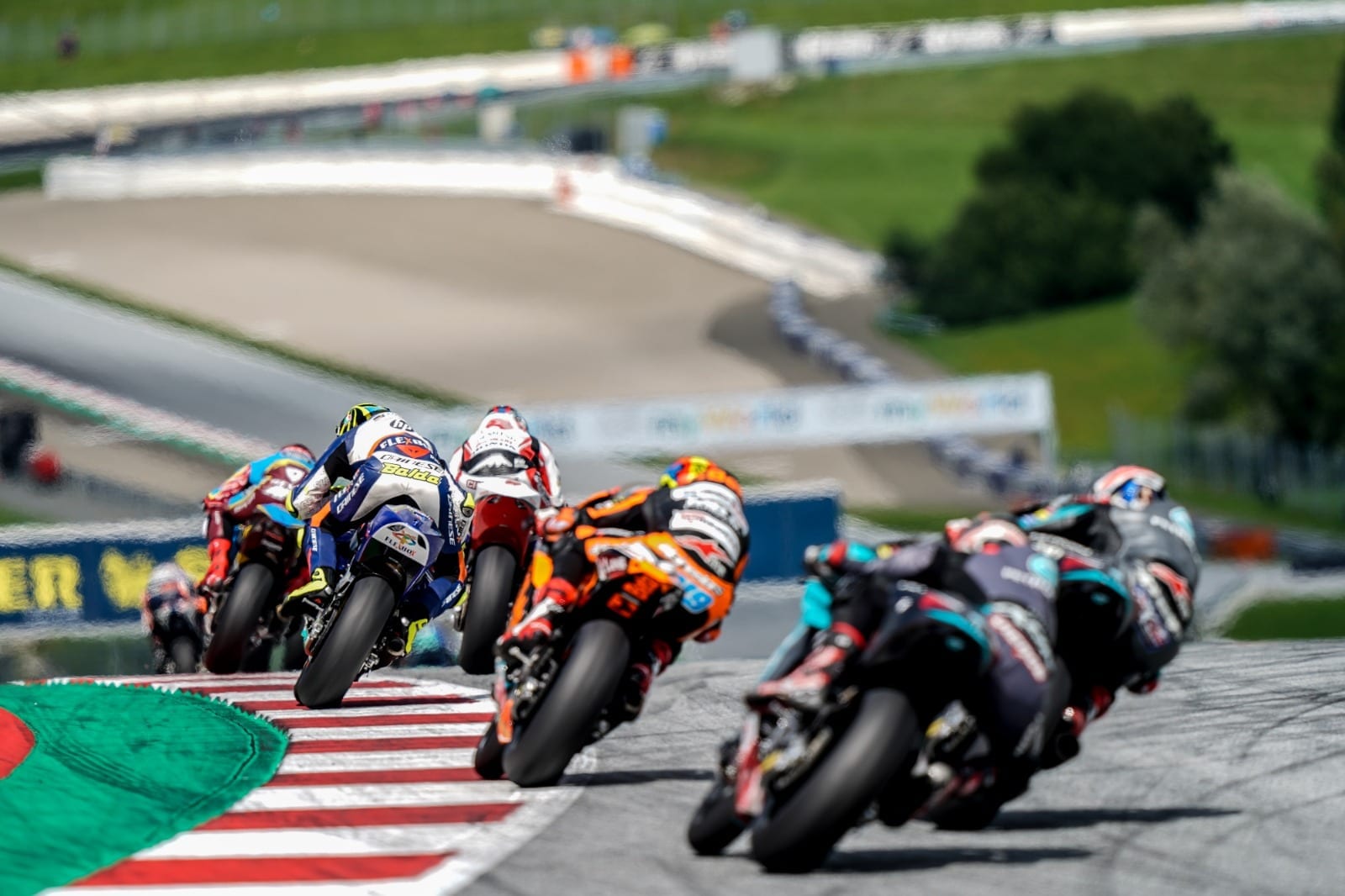 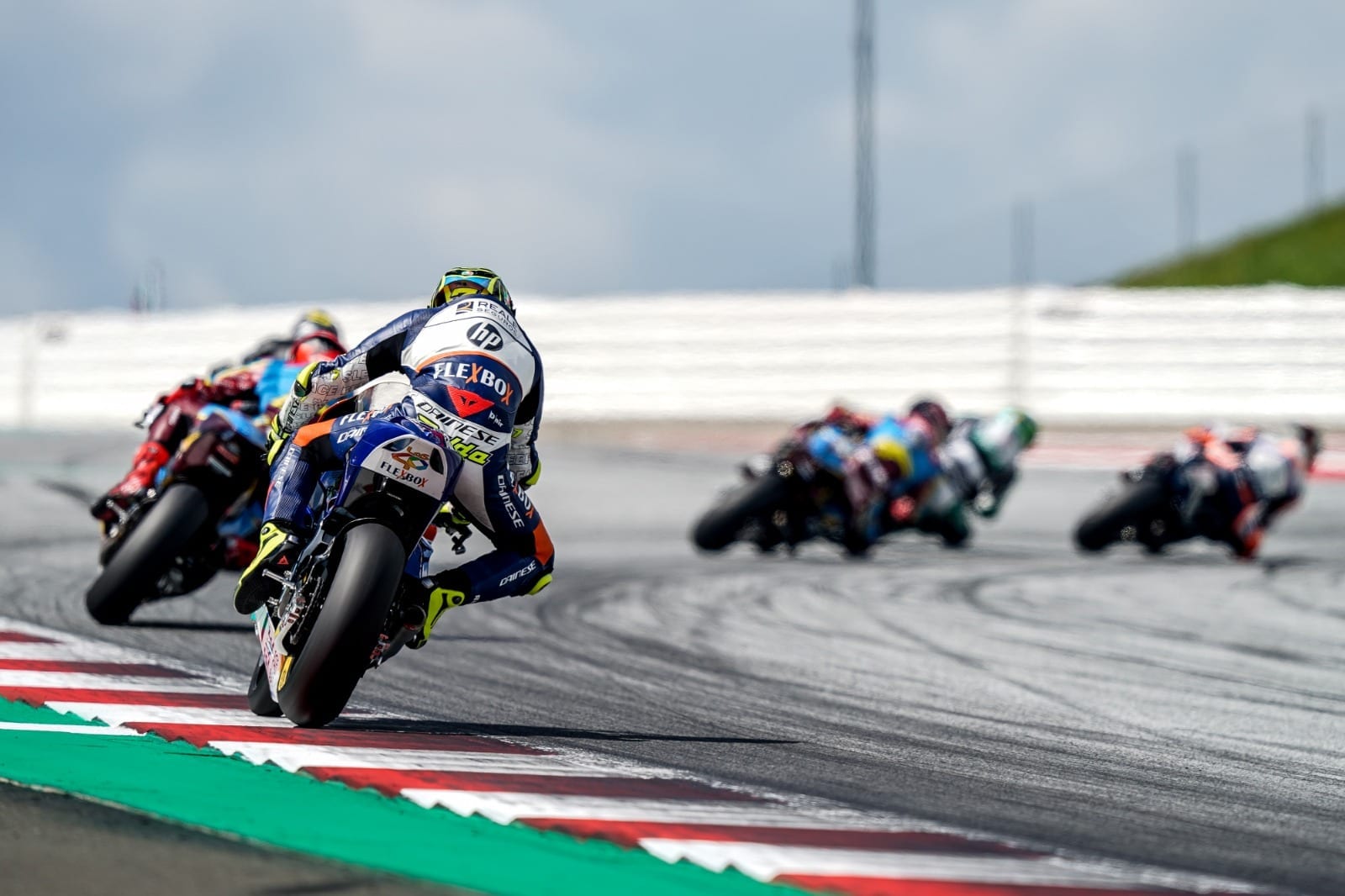 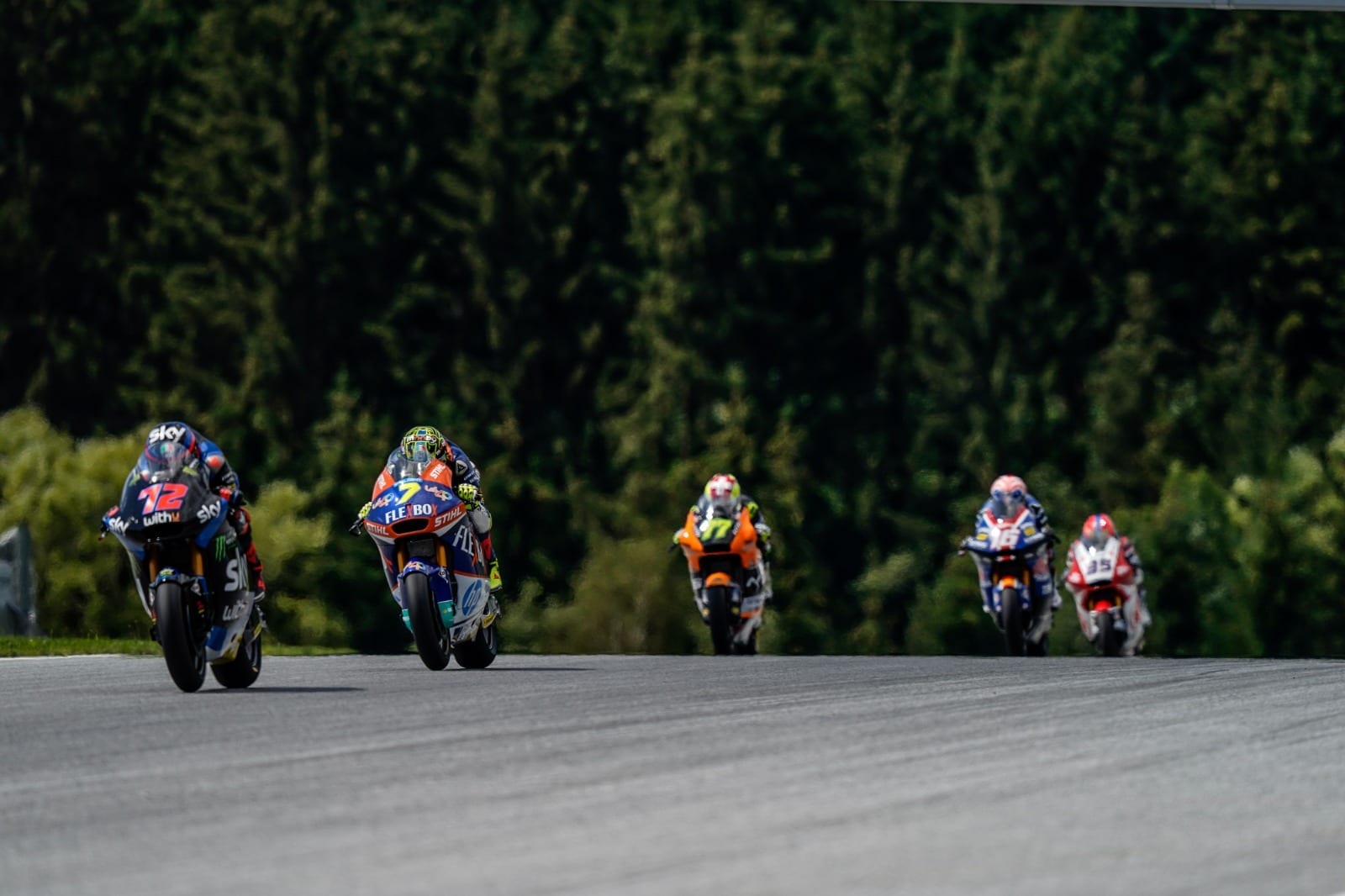 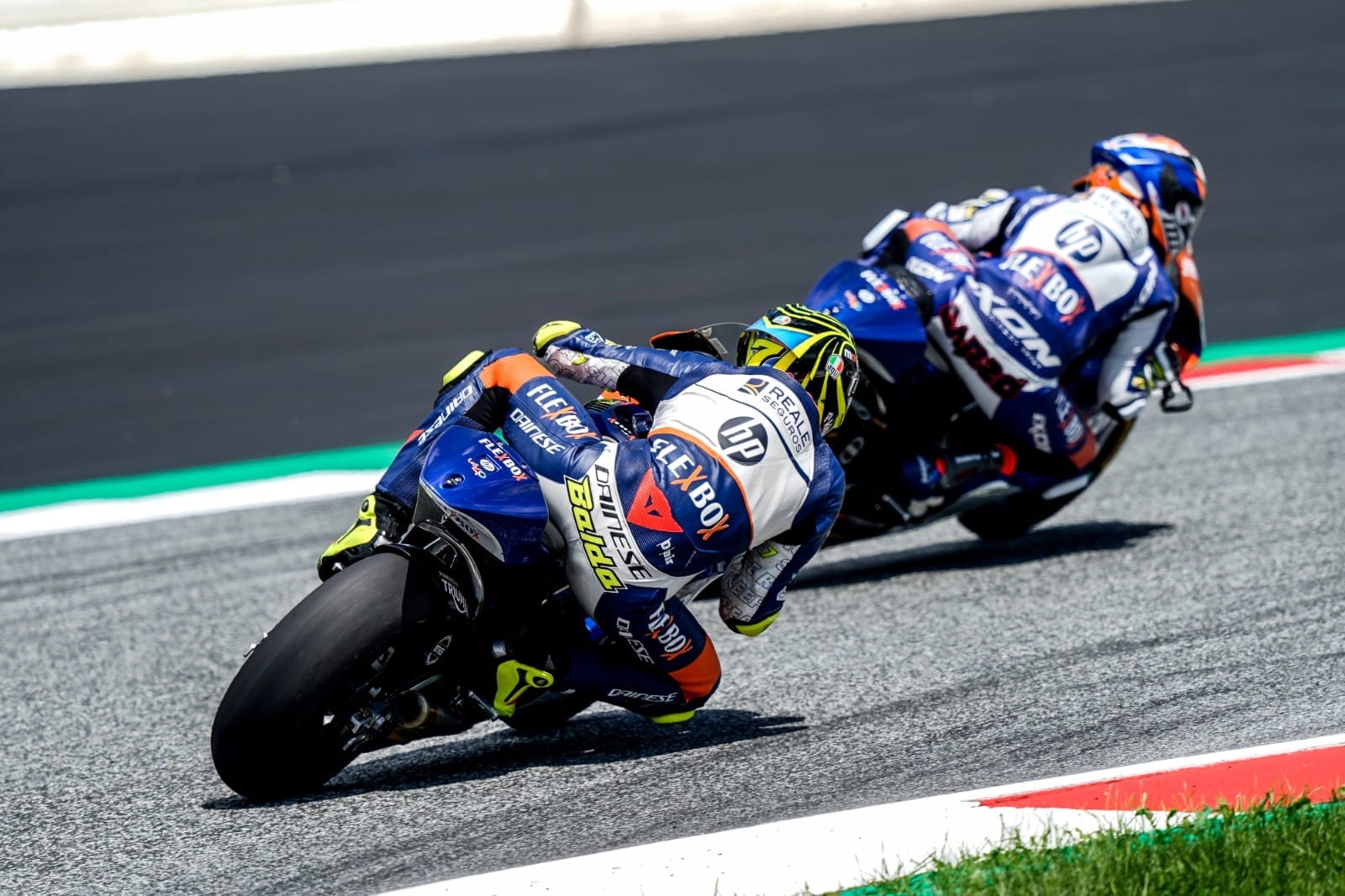 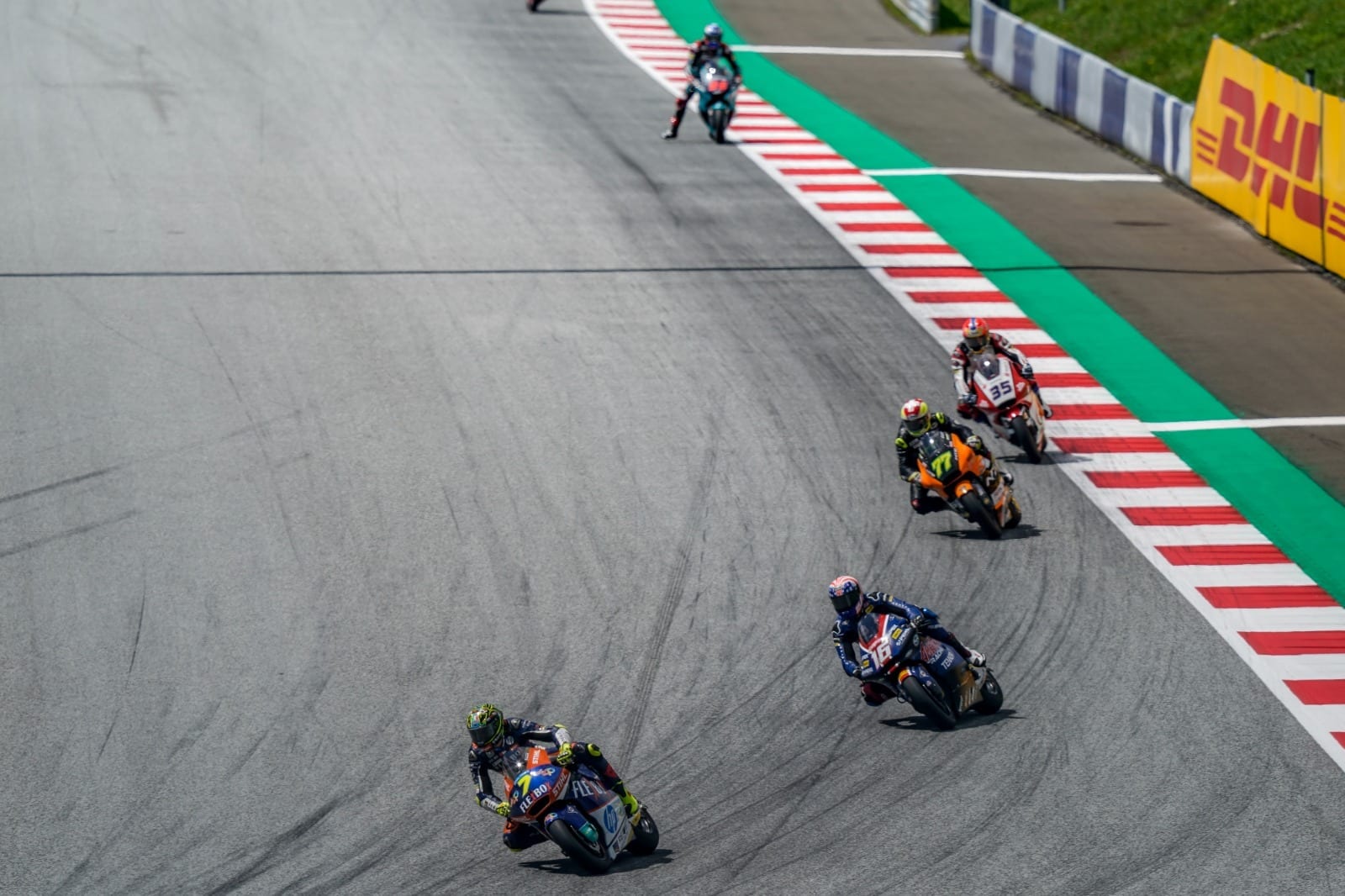 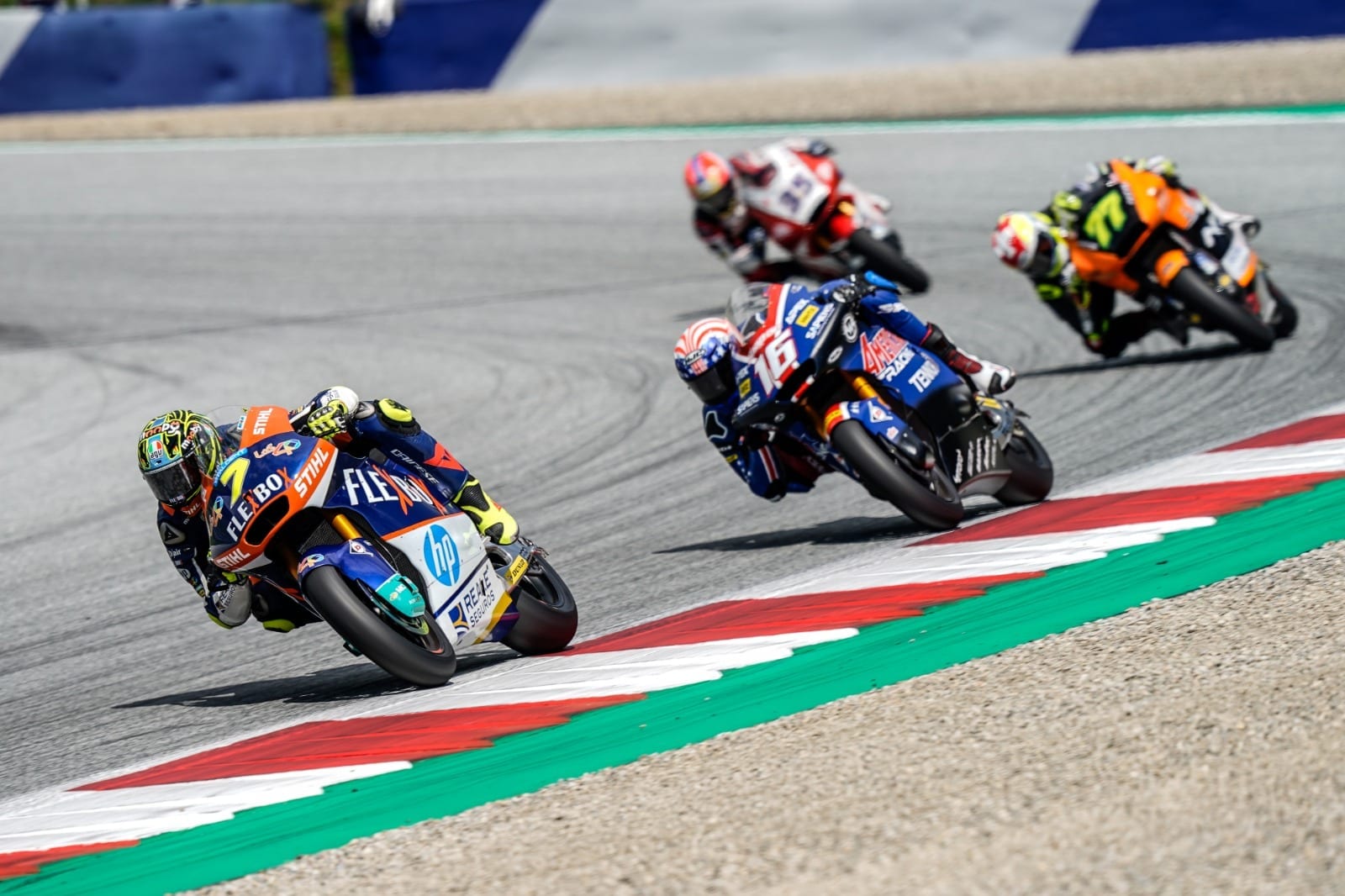 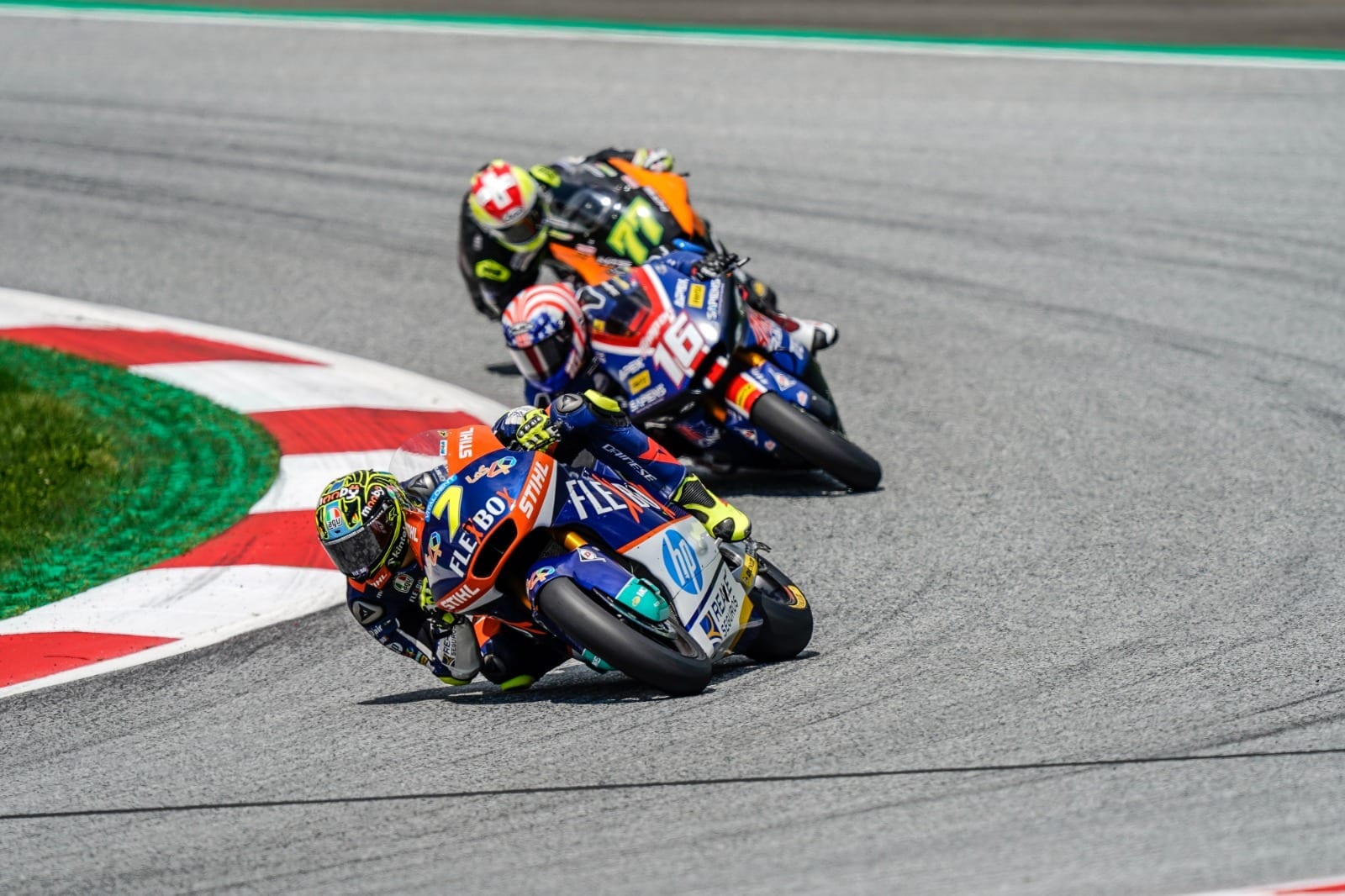 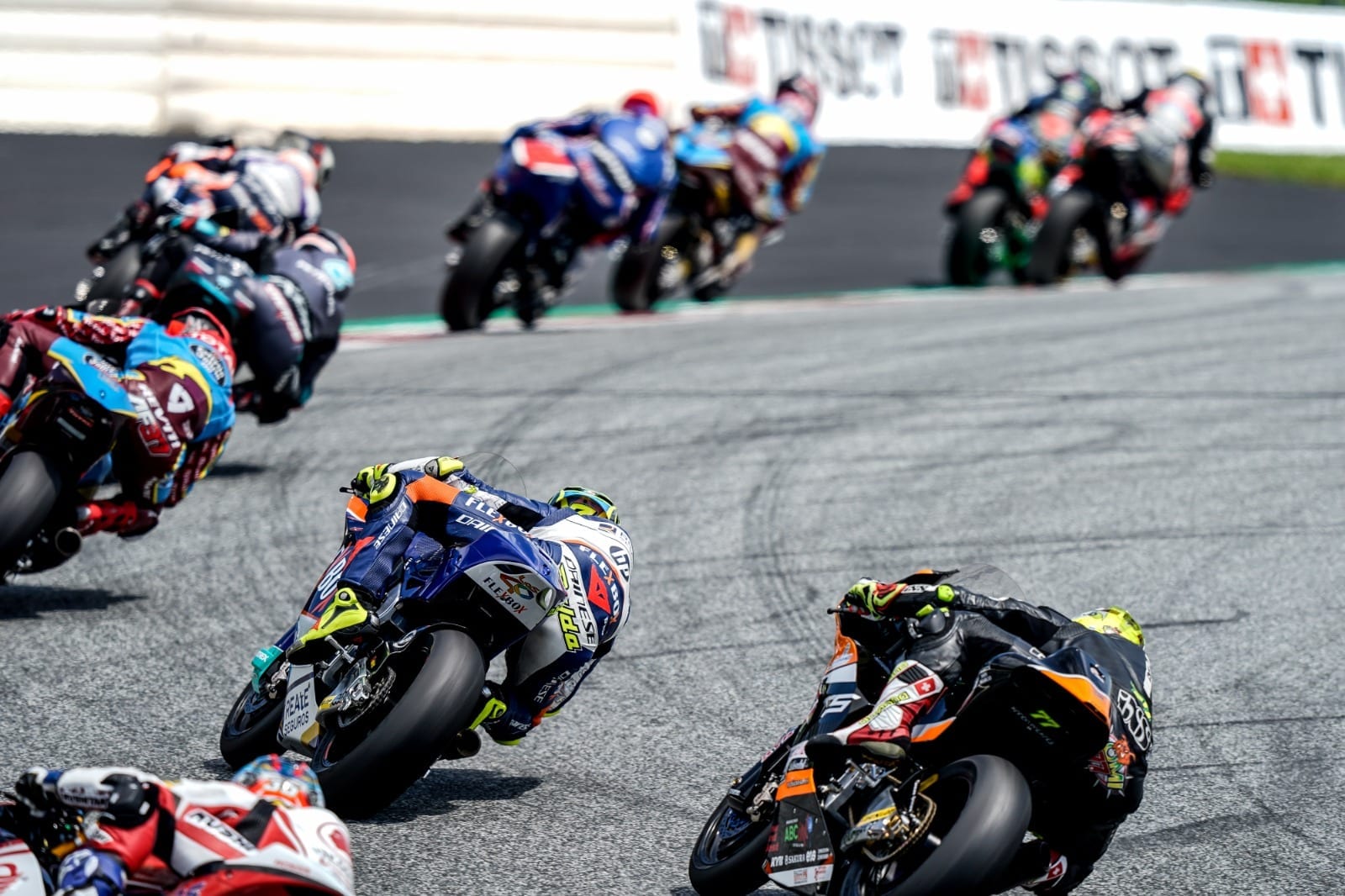 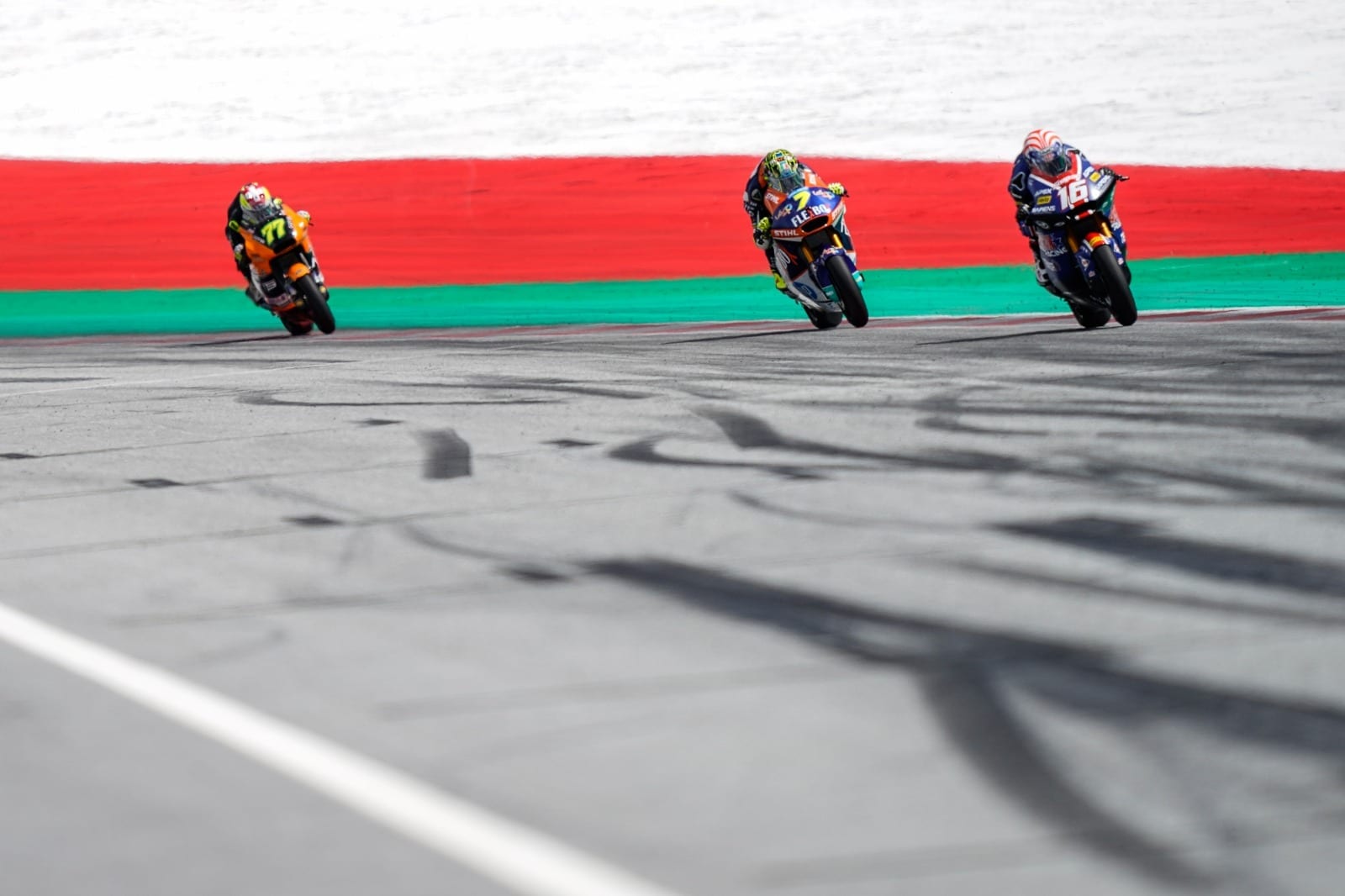 After a difficult start with the resumption of the race, Baldassarri returned to the track with the intention of regaining positions and scoring points in the general classification, and that’s how it went. The Italian driver recovered several positions, being in the second group of the race and crossed the line in eleventh position, just over 11 seconds behind the leader.

Lorenzo Baldassarri, 11th, +11.170
“Today was a rather strange race. At the beginning I felt very good with the bike, I didn’t make a perfect start but I managed to recover some positions. When we resumed the race I was in a good group and little by little I thought I could to be able to have a good pace, but in the end I noticed that the feeling with the bike was not the same and I was not as fast as before, too bad because I was not able to be as fast as I expected. Eleventh is not what we want, but I want thank the team for their work. We have another chance next week and we really want to improve and fight for our goals. “